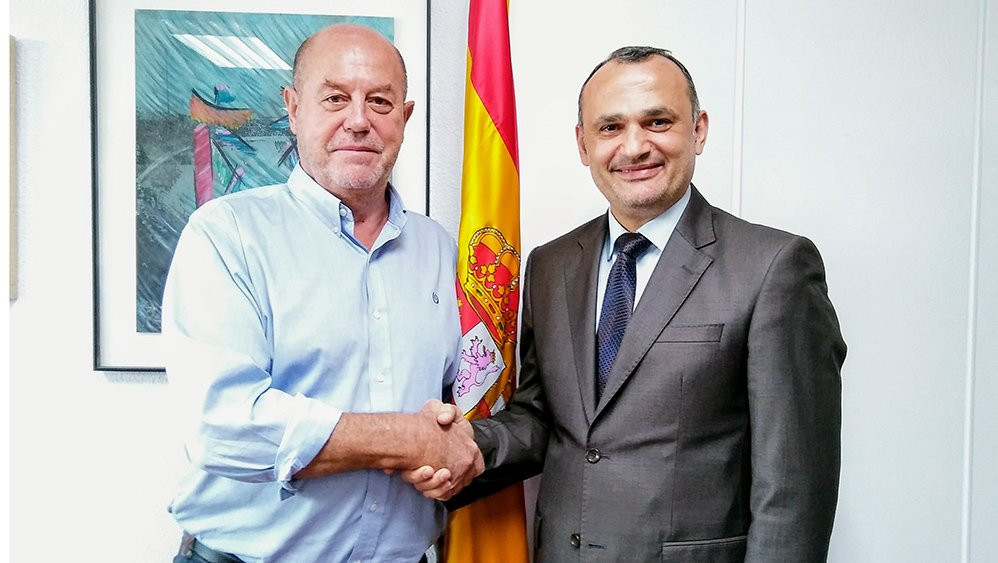 Delihasan was welcomed to the Spanish capital by Espinós, who is also the head of the European Karate Federation (EKF).

The two leaders analysed the current state of karate in Turkey and in Europe, and reviewed key areas for the continued growth of the ancient discipline.

Turkey is one of the powerhouses of international karate, having topped the medal table when it hosted the 2017 European Championships in Kocaeli.

The country’s karatekas also prevailed at September's Karate 1-Series A event in front of a home crowd in Istanbul.

"Enhancing our dialogue with NFs (National Federations) is critical as we want to ensure that we realise the huge potential for growth within their countries," Espinós said.

"It is essential for us to have the support and the contribution of active and strong NFs such as the TKF.

"With the collaboration of our friends in Turkey and the commitment of its [TKF] President Esat Delihasan, we can continue taking the sport of karate to new levels in Turkey and around the world."

Turkey has long been one of the world's most successful karate nations, having won three gold and nine medals at the 2015 European Games in Azerbaijan's capital Baku.

Born in Rize in 1969, Delihasan competed over 120 times for the Turkish national team before shifting to the administrative ranks, being chosen as one of the world's eight leading athletes in 1988.

He has served as TKF President since 2008 and is also a member of both the WKF and EKF as well as serving as first vice-president of the Mediterranean Karate Federation Union.