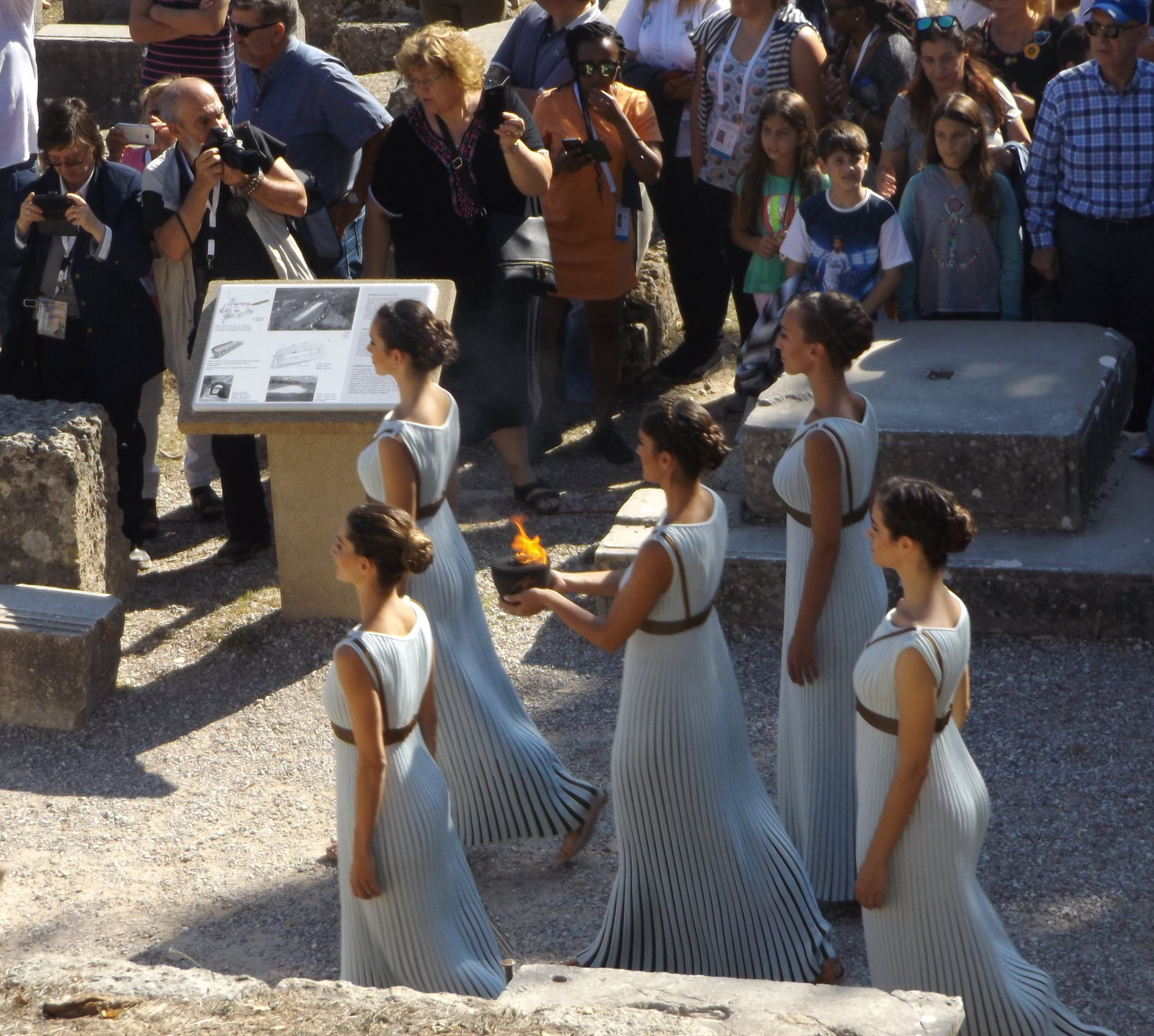 There is a growing expectation here that the flame lit here at the rehearsal for the start of the Pyeongchang 2018 Torch Relay will be the one used for the official ceremony.

Officials are expected to make a decision on whether to relocate the ceremony on Tuesday (October 24) indoors after studying further meteorological reports tomorrow.

The rest of us are simply watching the skies and hoping for the best for this historic occasion marking the first Winter Olympic Games to be held in South Korea.

"We have had some negative forecasts but we still believe," Olympia’s Mayor Efythemios Kotzas told insidethegames.

"Apollo always sends sun to shed light on the young people throughout the world.

"We hope that the weather will be good because the flame itself is a message of hope.

‘"It is impossible for me to say just how I feel about the Olympic flame but this is the most important event which we have in our town.

"The aim of this ceremony is to transmit a message of peace and ‘truth to the whole world'."

This proposed run through was upgraded to full dress rehearsal, just in case it should prove impossible to do so tomorrow.

"The weather helped us to kindle the flame directly from the sun's rays," said Torch Relay commission chief Thanasis Vasileaidis.

"Even though bad conditions are in the forecast for the next two days and especially the day for the lighting of the flame, we hope everything will run smoothly as planned."

High priestess Katarina Lehou certainly lit the flame with a backdrop of clear blue skies above the ruins of the goddess Hera.

The parabolic mirror used was re-positioned a number of times in the autumn sunshine but the flame burst into life instantly.

The flame was placed in the traditional bowl and carried by the Estiada, a senior performer responsible for ensuring it does not become extinguished before reaching the first runner.

The other priestesses escorted her from the Altis through a guard of heralds, young men, dressed in dark green costumes and posing to represent the ancient sports in still life.

This was a visual effect first used for the Rio 2016 Torch Relay.

Visitors to the official ceremony will hear the familiar tones of Alexis Kostalas , known in Greece as ‘"The Voice".

He would not be drawn on the weather forecast but smiled as if to say hope for the best.

Kostalas is perhaps better known internationally for appearing on a number of occasions as spokesman of the Greek jury in the Eurovision Song Contest.

Many here were tourists come to view the archaeological site.

Many were surprised to find an Olympic ceremony, or at least its rehearsal taking place in their midst.

After a performance of dancing to the music of Greek composer Yannis Psimadas, the flame was brought forward.

At this rehearsal, the first runner was Panos Giannaras, one of the officials who will accompany the flame as it journeys around Greece over the next week.

Angelis is due to arrive here tomorrow.

In the past, bad weather has forced organisers to hold flame ritual in the local museums.

The International Olympic Academy, a few hundred metres from the tradition site, is also on standby for possible use in the ceremony.

To read Philip Barker's Big Read on "From Oslo 1952 to Pyeongchang 2018, a history of the Winter Olympic Torch Relay" click here.