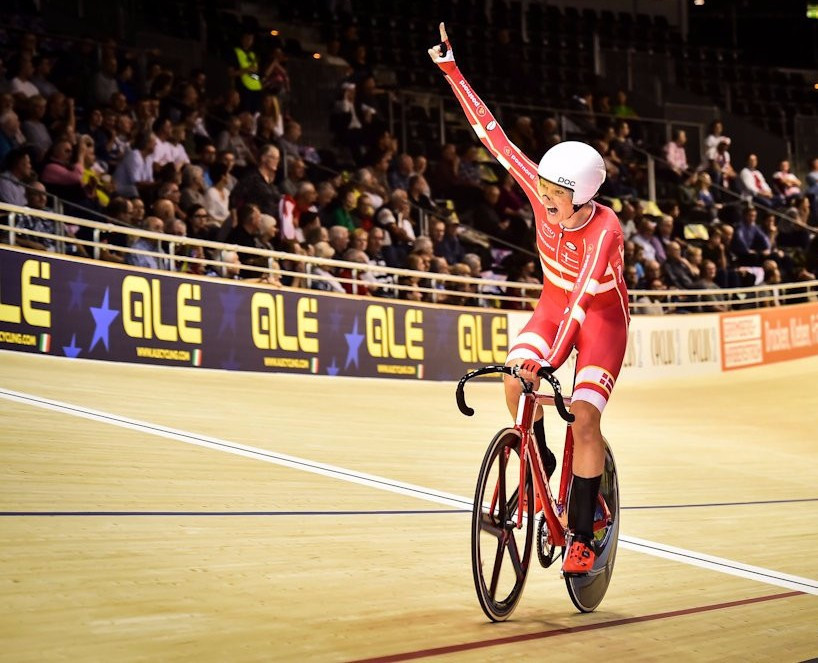 Danish rider Schmidt produced a superb display to triumph in the 40-lap race.

The 29-year-old, who rides professionally for Garmin–Cervélo, had not claimed a major medal on the track before this week in nine years since she won points race silver at the 2008 World Championships in Manchester.

It came on the third day of a continental event featuring 338 riders - 120 women and 218 men - from 28 countries competing at the German capital's Velodrom.

Poland's Alan Banaszek claimed the opening title of the day in the men's points race.

It marked the biggest win of the 19-year-old's senior career.

He triumphed with 49 points to win by four over Niklas Larsen of Denmark.

Archibald added to the individual pursuit crown she won yesterday by winning the omnium title.

She finished on 127 points to win by seven over The Netherlands' Kirsten Wild as Elisa Balsamo of Italy took bronze with 102.

There was also home gold for Germany's Kristina Vogel in the women's keirin.

She defeated Simona Krupeckaite of Lithuania and Liubov Basova of Ukraine in the sprint for the line.