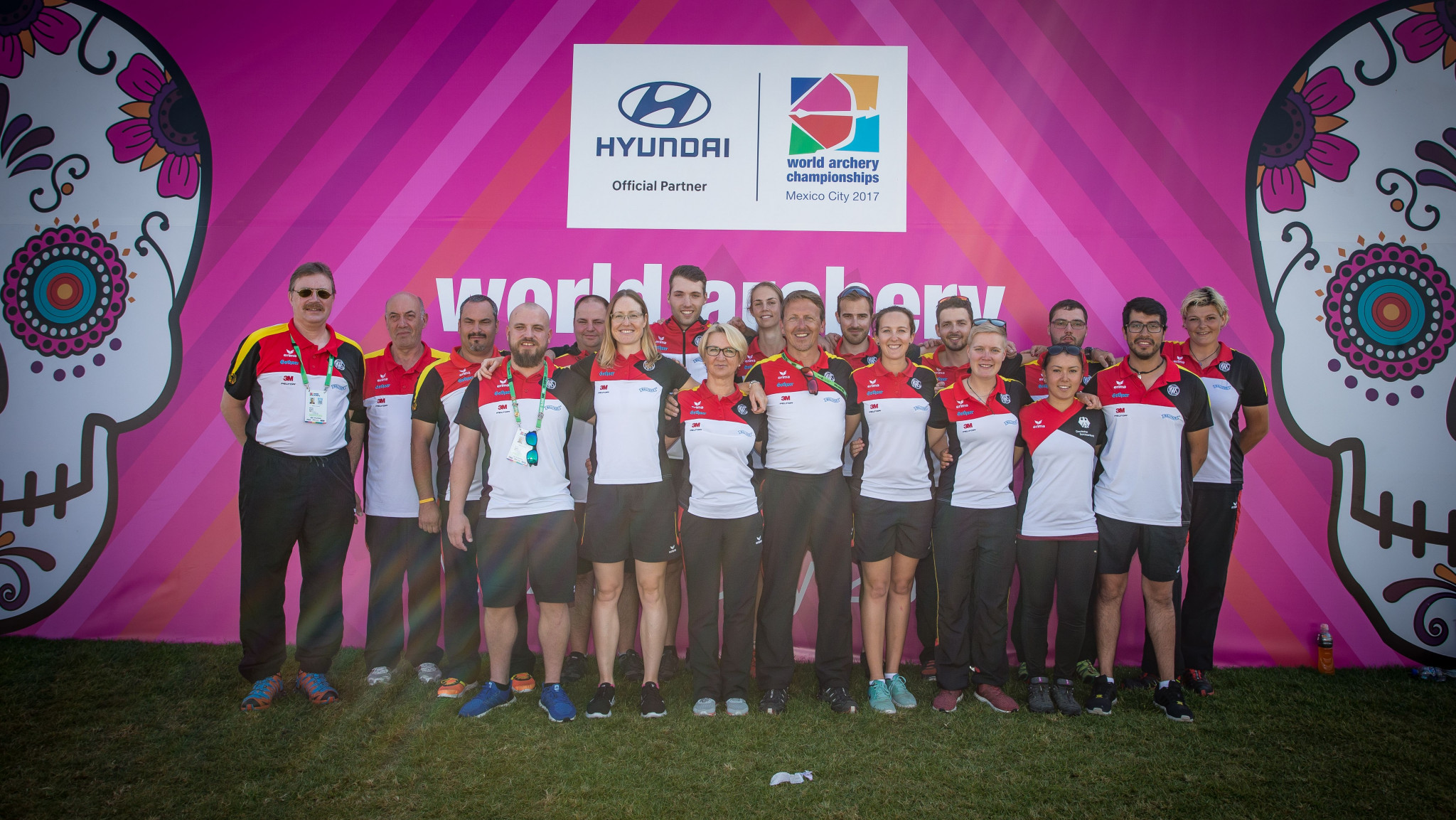 Germany reached both the compound and recurve mixed team finals on a successful day for the country at the World Archery Championships in Mexico City.

Kristina Heigenhauser and Marcel Trachsel will contest the compound gold medal match after beating fourth-seeded Italians Irene Franchini and Sergio Pagni 157-156 in the penultimate round at Campo Marte.

Awaiting them in tomorrow's final are South Korea’s Song Yun Soo and Kim Jongho, who overcame The Netherlands’ Sanne De Laat and Mike Schloesser in a shoot-off following a 156-156 draw.

"We tried to do our best and aim in the middle and it worked," Heigenhauser, Germany’s first and last outdoor world champion when she won in Turkish town Belek in 2013, said.

"The goal is always to win, but everybody is able to hit and shoot the 10.

Franchini and Pagni will meet De Laat and Schloesser in the bronze medal match.

In the recurve mixed team event, German third seeds Lisa Unruh and Florian Kahllund progressed to the final thanks to a 5-1 win over Great Britain’s Naomi Folkard and Patrick Huston.

They earlier beat both Malaysia and the United States, in the first round and quarter-finals respectively, in shoot-offs.

Unruh and Kahllund will go for gold against South Korea's Im Dong Hyun and Kang Chae Young on Sunday (October 22).

Im and Kang defeated Japan’s Tomomi Sugimoto and Takaharu Furukawa 5-4 in the other semi-final, winning the shoot-off 19-18.

"It’s been difficult for us to make the finals lately, but at this World Championships we’ve been shooting good and we’re just happy."

Folkard and Huston will shoot for bronze against Sugimoto and Furukawa.

They ousted second-ranked Chinese Taipei and hosts Mexico to make the last four.

South Korea are the defending champions in both the compound and recurve mixed team events having triumphed at the 2015 World Archery Championships in Copenhagen.