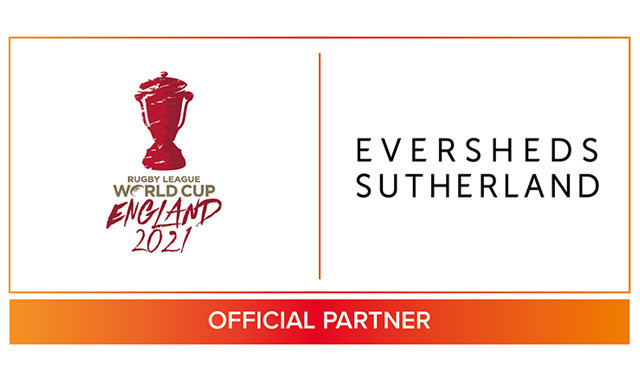 Eversheds Sutherland has been appointed as “Official Legal Services Partner of the Rugby League World Cup 2021” , the first partner to sign up for the event in England.

The tournament will see 16 nations taking part from all over the globe, including England, Australia and New Zealand.

In all, some 31 games will be broadcast live by the BBC, reaching over 150 million viewers in 115 territories.

“We are delighted to extend our relationship with the Rugby Football League," said Daniel Hall, Eversheds Sutherland partner and head of sport, said.

"We are excited to be able to provide RLWC2021 with advice and counsel as they develop this exciting global tournament over the next four years, estimated to have a direct economic benefit to England of some £75 million ($99 million/€84 million).

"Our full service role covers all aspects of legal advice required by a major international sporting event and will also see us working in collaboration with RLWC2021 to help it deliver the event’s legacy facilities programme.”

Karen Moorhouse, director of operations and legal at the Rugby Football League, hailed the new agreement.

"This is an exciting opportunity for the World Cup," she said.

"To secure the first official partner over four years out is a tribute to the vision of the tournament and the proactive approach from Eversheds Sutherland.

"We have a long standing relationship with Daniel and his team and look forward to working with them over the coming years."

A competitive process will be launched in January 2018 to select venues for the tournament.

This year's Rugby League World Cup is due to start in Australia, New Zealand and Papua New Guinea between next Thursday (October 26) and continue until December 2.