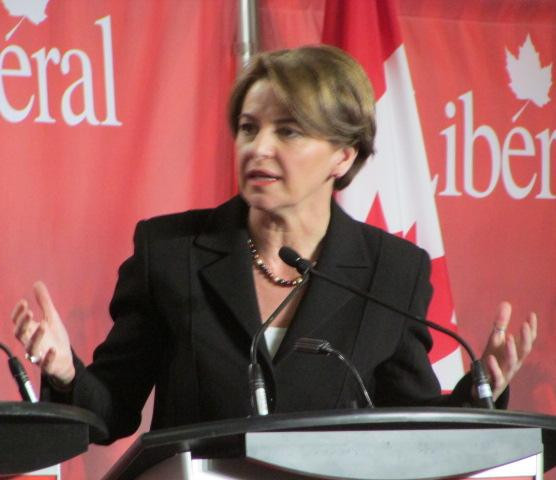 A new chairperson and three new directors have been elected to the Board of Alpine Canada, the governing body for Alpine, Para-Alpine skiing and ski cross in the country.

Martha Hall Findlay, a Toronto businesswoman and politician, who has been vice-chairperson, has taken over the chair.

A former Liberal Party Member of Parliament for Toronto Willowdale, Hall Findlay was overall silver medallist in the 1976 Canadian Ski Championship and was named to the national training squad before retiring from competition to concentrate on her education.

The 58-year-old graduated in international relations from the University of Toronto, and in law from Osgoode Hall Law School at York University.

Hall Findlay worked for six years practicing corporate and commercial law at the Toronto offices of international law firm Baker & McKenzie, served as general counsel and executive for Bell Mobility and Mobility Canada, and later as vice-president and general counsel for The Rider Group.

After moving to Collingwood, Ontario in 1996, she founded The General Counsel Group, a legal and management consulting firm working primarily in the high-tech and telecommunications fields in Canada and Europe.

In 2007, she joined the law firm of Gowlings Lafleur Henderson LLP as counsel before being elected to the Canadian House of Commons the following year.

After losing her seat in the 2011 election, Hall Findlay became the chief legal officer at EnStream LP and an Executive Fellow at the University of Calgary’s School of Public Policy.

She bid for the leadership of the Liberal Party in 2013 but was defeated by Justin Trudeau, now Canada's Prime Minister.

Hall Findlay finished third in the contest, polling 5.7 per cent of the vote compared to Trudeau's 80.1 per cent.

She subsequently became President and chief executive of Canada West, a leading think-tank.

Hall Findlay is joined on the Board by Jean-Sébastian Monty and Geoff Heward from Quebec as well as Robert Palter from Ontario.

Monty, who has a background in marketing and communications for over 20 years, is renowned for his use of digital technologies, online platforms and mobile solutions.

Palter has a background in skiing, having been a member of the Alpine Ski Club in Collingwood, Ontario, for 45 years.

A management consultant for over 22 years, he has been a member of the Boards of a number of Toronto's Jewish communal organisations for over 15 years, as well as the AG Bell Association for the Deaf and Hard of Hearing and the Munk School of Global Affairs.

Heward is a former ski instructor whose professional life centres on investment banking, and he has also served on the Boards of numerous organisations in Toronto and Montreal, including schools and the Action Centre Foundation, which caters for people with physical disabilities.