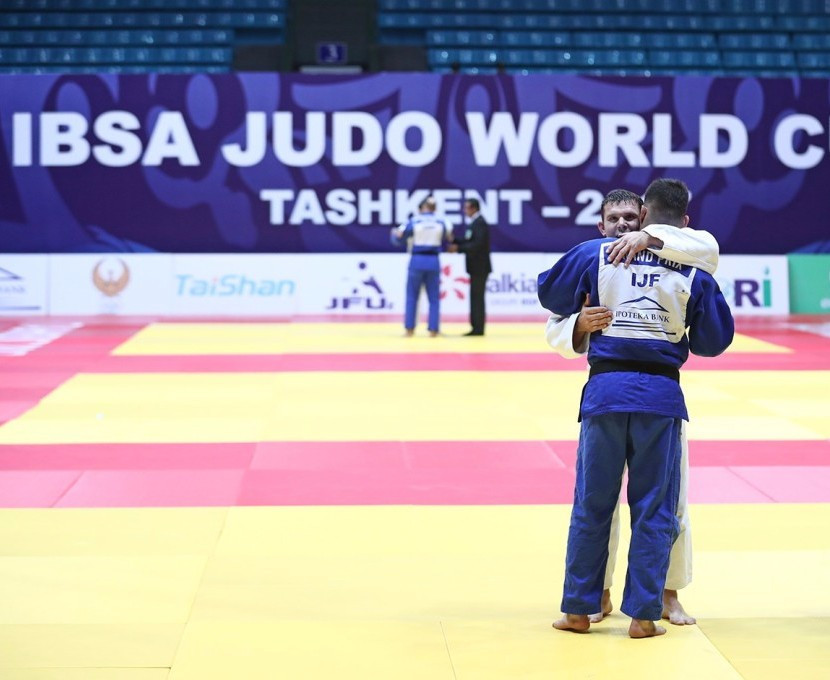 Sherzod Namozov led the way for the hosts as he took gold in the men's under-60 kilograms competition.

Feruz Sayidov then followed his teammate onto the podium by winning the under-73kg division.

Uzbekistan were followed by South Korea in the medals table with four golds, one silver and two bronzes.

Ukraine completed the top three with two golds and a bronze.

Just under 140 blind and partially sighted judokas from a total of 25 countries took part in the Judo World Cup, with 23 nations finishing in the top seven in at least one weight category and 18 countries winning medals.

"I am very satisfied with the competition, there was a good atmosphere and the sport hall was completely full," said IBSA Judo Committee chairman Norbert Biro.

"The IJF referees, although it is a new experience for some of them, worked together very smoothly.

"We are pleased with the number of athletes and delegates that have attended here in Tashkent.

"This is the first time that IBSA has been supported by the International Judo Federation in a World Cup and I hope it will not be the last time that we have this great collaboration."