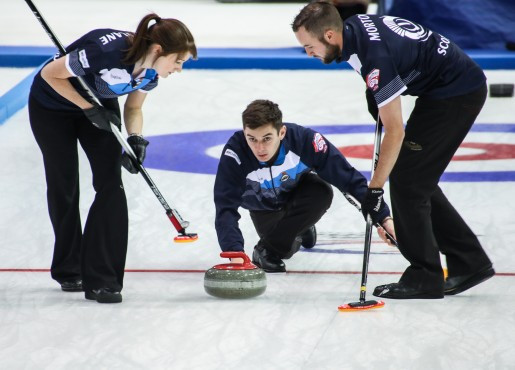 Scotland have climbed to the top of the World Curling Federation's (WCF) mixed world rankings following their success at the Palladium de Champéry in Switzerland last week.

An extra end was required to separate the two teams but it was Scotland who ultimately came out on top 8-5.

At the various World Curling Championships, 240 points are awarded to the winners with second place earning 200 and third gaining 180.

Former number one Russia have slipped to second on 387 while Sweden fell from second to third on 385 after they endured a disappointing campaign in Switzerland, losing in the quarter-finals.

The Czech Republic soared up the rankings, climbing 12 places to fifth, after they won the bronze medal last week.

Norway took a 5-0 lead into the break of the third place play-off but the Czechs produced a stunning comeback to win 7-6.

The world rankings were developed by 1998 Olympic gold medallist and World Curling Hall of Fame member Patrick Huerlimann of Switzerland, who was vice-president of the WCF from 2010 to 2012.

The ranking system was first introduced in 2006.