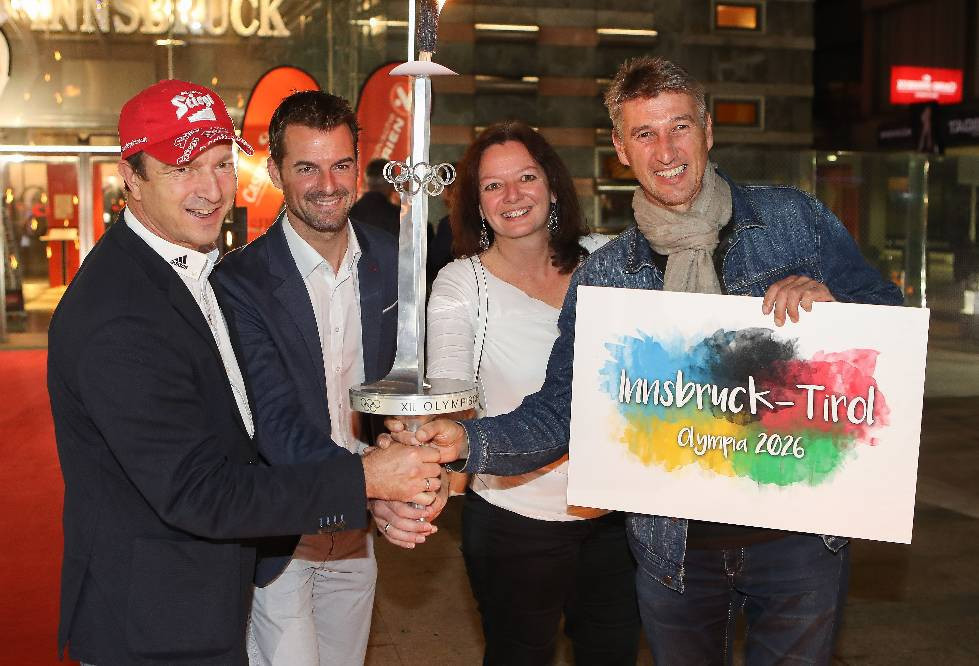 St Lucia's Richard Peterkin believes a double award of the 2026 and 2030 Winter Games is "possible" after Innsbruck's bid was ended following a referendum defeat yesterday.

The International Olympic Committee (IOC) expressed their disappointment at Innsbruck becoming the latest European city to lose a referendum and claimed they would have been an "excellent host city" for the event.

Peterkin, a member of the IOC, stressed the need for "urgent closure"in the ongoing corruption and doping scandals hanging over the Olympic Movement in order to ensure cities continue to express interest in hosting the Games.

Innsbruck's bid for the 2026 Winter Olympics and Paralympics failed to receive the necessary support in Tyrol during a state referendum, where 53.35 per cent of voters rejected the idea.

The Austrian city's effort looked to be on course to survive at the halfway stage before the tide steadily turned in favour of the "no" vote.

The outcome of the referendum, held alongside Austria's national elections, hinged on the result in Innsbruck, the last of the 279 municipalities to declare its result.

An overwhelming majority of voters in Innsbruck voted against the idea, with 67.41 per cent of the electorate in the capital of Tyrol voting "no".

The result will have been met with concern at the IOC and continues the apathy from cities in Europe towards hosting the Olympic Games following a number of withdrawals from the 2022 and 2024 races.

Peterkin claimed the IOC may now look to award the 2026 and 2030 Games together, as they did for the 2024 and 2028 editions of the Summer Games, given to Paris and Los Angeles respectively.

"Another Olympic bid falls by the wayside following a referendum rejection," Peterkin wrote on Twitter.

"Either way, it's a setback for the Olympic Games.

"It worked once, and could work again.

"Horses for courses in these troubled times."

IOC vice-president Uğur Erdener and New Zealand's Barry Maister urged caution, however, and insisted the organisation should not be concerned about the future of the Winter Olympics, despite the decision of the Tyrol residents on a bid from a traditional winter sports city, which has hosted the Games on two occasions in 1964 and 1976.

It had also successfully hosted the Winter Youth Olympic Games as recently as 2012.

Several cities have expressed an interest in 2026, although Sion's potential candidature was dealt a blow when the Swiss Government delayed a decision on whether or not they will back their bid.

A bid could materialise from the United States after officials in the country claimed they would want to be part of any discussion over a potential double award and did not rule themselves out of the 2026 race.

"We live in a world of increasing ‘people power’ often mobilised and directed against the ‘establishment’ at the time," Maister told insidethegames.

"So public referenda are a new reality, and outcomes don’t necessarily reflect on the quality of a bid.

"Having said that I do not think we need be overly concerned with having fewer bids at this stage.

"Clearly bids we do have, or potential bid cities need to be carefully nourished, and I understand the IOC is now identifying prospects and working with them behind the scenes before bids are formulated, and that is both sensible and necessary."

Erdener told insidethegames the IOC should ensure cities bidding for the Olympics are more aware of the "value" of hosting the event.

"The Olympic Movement always respects the decision of the population of a potential host city," he said.

"We must work with cities who are interested in bidding to ensure that the value of hosting future Games is made clear to the public, especially the high contribution to the costs by the IOC, and lasting legacies."

Senior IOC member Richard Pound told insidethegames that the more complicated the bid is, the harder it is to generate consensus among the local population.

The Canadian warned this could also make it difficult for Sion, who are proposing staging competitions in several Swiss cantons, to come through a possible referendum.

In a statement sent to insidethegames, the IOC admitted they would have "liked to continue its preliminary exploratory talks with Innsbruck" and claimed their launch of a more streamlined bidding process would be beneficial to cities bidding for the 2026 event.

"The IOC shares the disappointment for the Austrian Olympic Committee, the many supporting athletes and the promoters of the project who worked on it with so much energy and commitment," the statement read.

"This would have been a solid foundation to develop an excellent candidature for sustainable Olympic Winter Games.

"The IOC will continue its exploratory talks with interested National Olympic Committees and cities from America, Asia and Europe within the framework of its new candidature process.

"We are certain that an excellent host city for the Olympic Winter Games 2026 will emerge from this process.

"The exploratory talks will also allow the IOC to better communicate about the benefits of the new candidature process for host cities, highlighting our reforms that make it possible to have sustainable, feasible and cost-effective Olympic Winter Games, aligned with the long-term development plans of the city and region."