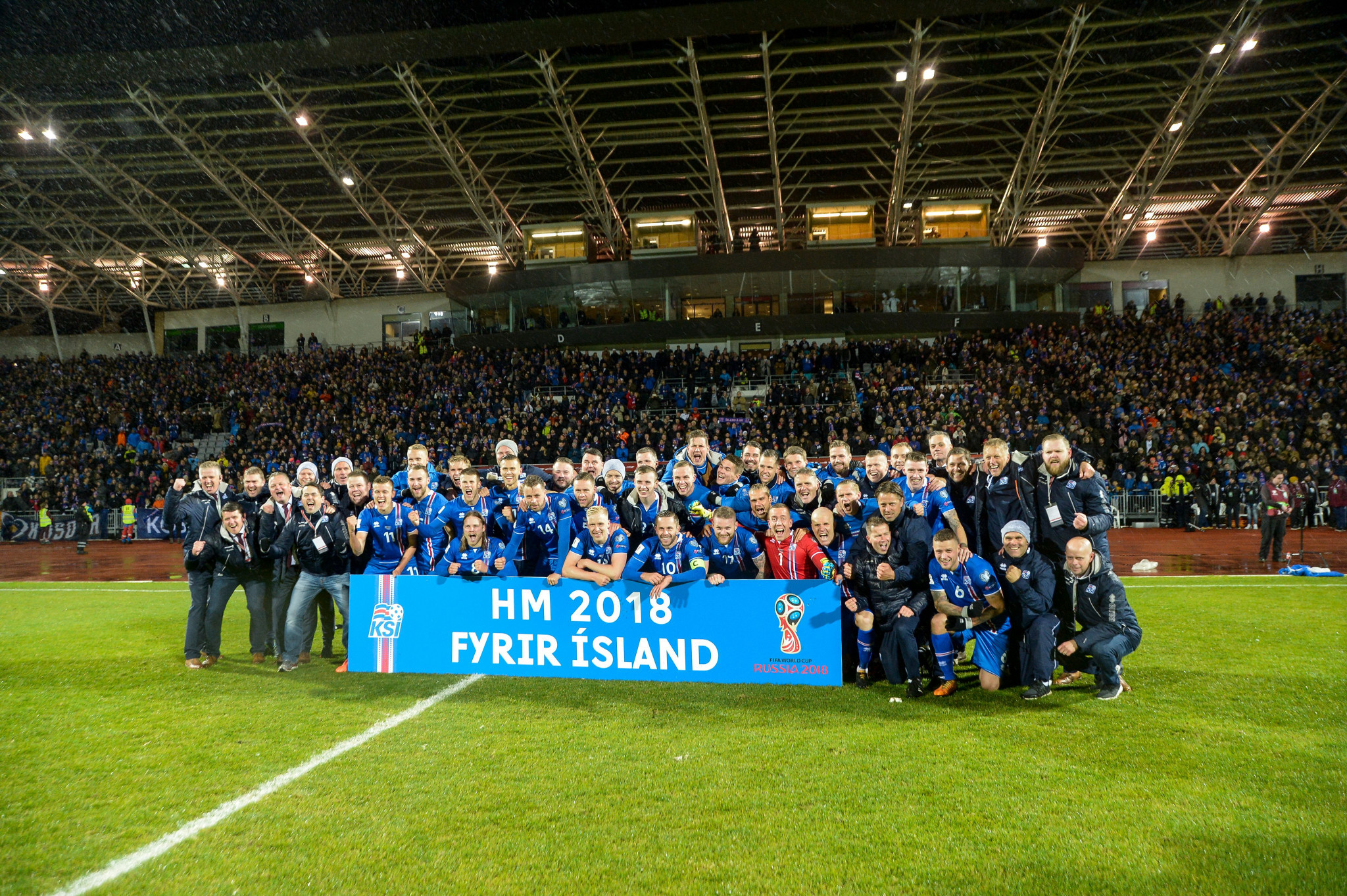 Iceland has become the smallest nation to ever qualify for a World Cup after they booked their place at next year's tournament in Russia with a 2-0 win over Kosovo in Reykjavik.

Goals from Gylfi Sigurdsson and Johann Gudmundsson at the Laugardalsvöllur ensured Iceland, which has a population of less than 335,000, topped Group I of the European qualifying section.

The result guaranteed their spot at the 2018 World Cup as group winners and continued their remarkable run of recent success at international level.

Iceland had come into the qualification period off the back of reaching the quarter-finals of last year's European Championships in France, where they were beaten by the hosts.

"The hardest thing was to get going again after our massive party in France," Iceland coach Heimir Hallgrimsson said.

"And what's more we are in a group contested between Croatia, Turkey, Ukraine and Finland, who are much better than their position in the group would have you believe.

"The success is not an end in itself but a long journey towards a final destination."

Serbia were the other European nation to secure their place at the 2018 World Cup last night as they earned a narrow 1-0 victory against Georgia at the Red Star Stadium in Belgrade.

Aleksandar Prijović got the only goal 16 minutes from time to clinch top spot in Group D.

The Republic of Ireland progressed to the play-offs from the group with a 1-0 win away to Wales in Cardiff.

Egypt qualified for their first World Cup since the 1990 tournament in Italy the previous day, after Mohammed Salah's 95th minute penalty gave them a 2-1 victory against Congo at the Borg El Arab Stadium in Alexandria.

The win for the Egyptians, which sparked wild scenes of celebration in Alexandria and in capital city Cairo, saw them finish top of their six-team group in the African qualifying section.

Qualification across the regions concludes today, before the play-offs within each confederation and inter-confederation play-offs take place next month.