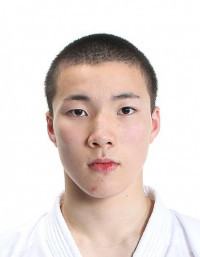 Japan's Yugo Kozaki beat Brazil's two-time world champion Douglas Brose to win gold on a good day for the next Summer Olympic host nation at the Karate 1-Series A event in Salzburg.

Kozaki, the 2015 world junior champion, triumphed in under-60 kilograms kumite final to booster his pedigree three years before a home Games in Tokyo.

Samdan Eray of Turkey shared bronze with Oleg Filipovych of Ukraine at at Sporthalle Alpenstraße in the Austrian city.

There was Japanese domination in the men's kata event as Ryo Kiyuna won gold.

She beat Eda Eltemur of Turkey in the final and another Turk, in Meltem Hocaoglu, shared bronze with France's Florentin Anne Laure.