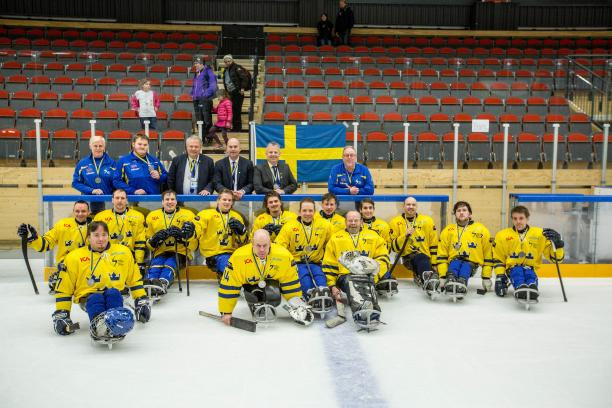 Three spots at the Pyeongchang 2018 Winter Paralympics are up for grabs at the World Para Ice Hockey Qualification Tournament, which begins tomorrow in Ostersund in Sweden.

Five countries will take part in all in a round-robin tournament, with the top three finishers booking their places in South Korea.

Hosts Sweden are seen as favourites with home ice advantage at the Ostersund Arena.

They narrowly missed out qualifying for Pyeongchang through the World Championships A-Pool in April, when they finished sixth at the Paralympic venue in Gangneung.

Germany, who finished last in Gangneung, will be hoping for an improved performance to book a first Paralympics place since Turin 2006.

The Germans have revamped their roster for the tournament in Sweden.

Slovakia, the bronze medallists at the World Championships B-Pool in Ostersund in 2015, will also compete alongside Japan and the Czech Republic.

Sweden will begin on day two against Japan, when Germany will meet Slovakia.

The tournament will conclude on October 14.