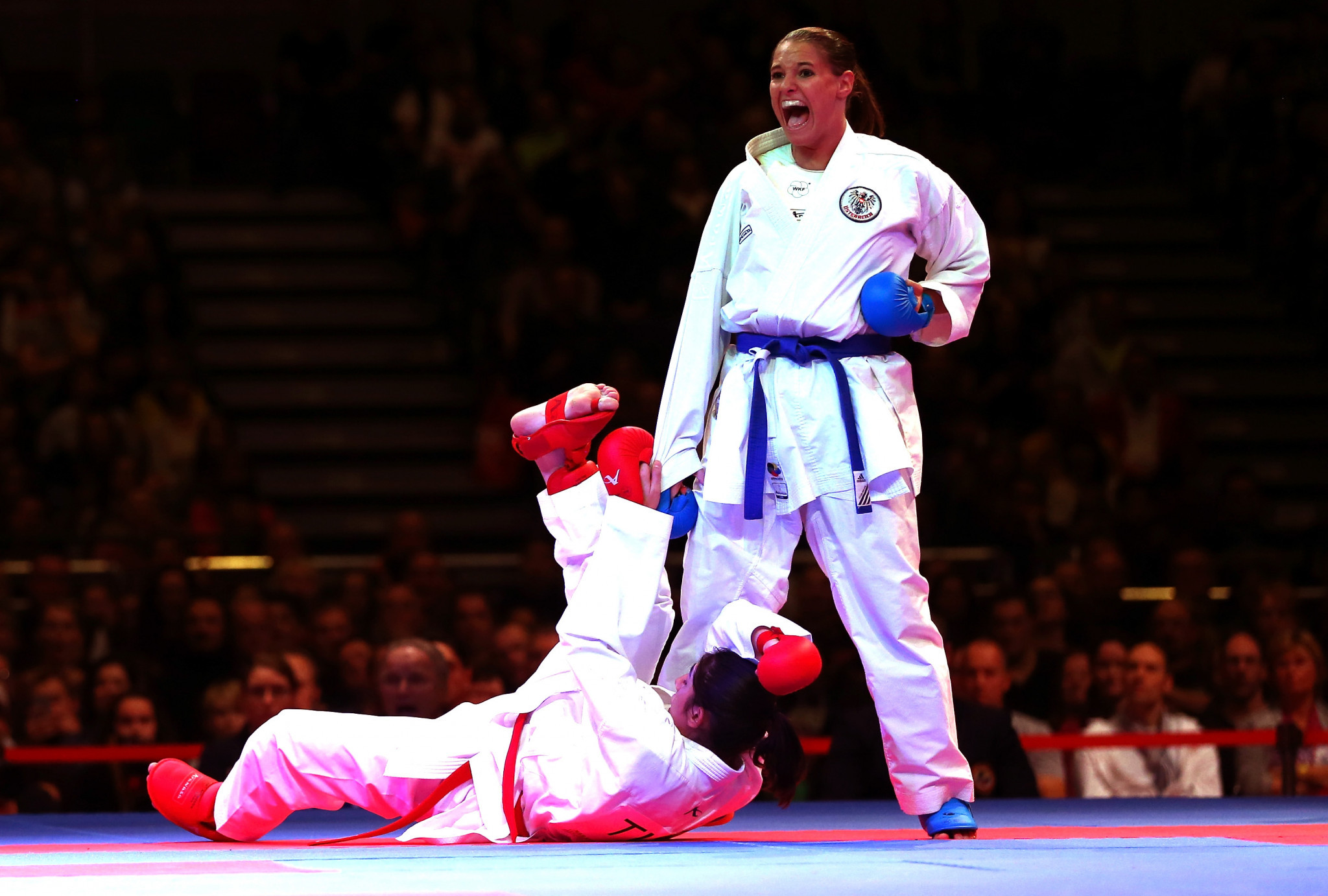 Austria’s Alisa Buchinger excelled in her home city to win gold on the opening day of the Karate 1-Series A event in Salzburg as two French brothers also prospered.

Buchinger, the under-68 kilograms kumite world champion, moved down a weight division to triumph in the under-61kg event.

She defeated Ecuador’s Jacqueline Factos 1-0 in the final as France's Lucie Ignace and United States' Elis Fonseca each took bronze.

It came in a competition featuring a mammoth 1,400 athletes spanning 86 countries.

Two-time world champion Kiyou Shimizu of Japan suffered the shock result of the day after losing in the semi-finals of the women's kata competition.

She was defeated by Hong Kong's world number nine Mo Sheung Grace Lau, who continued her success by beating another Japanese competitor in Hikaru Ono in the final.

Shimizu had to settle for a share of bronze with US rival Sakura Kokumai.

The 29-year-old defeated European champion Kateryna Kryva of Ukraine 2-1 in the final.

Bronze medals were shared by Srunita Sukatendel of Indonesia and Adrians Crhonkova of Czech Republic.

It proved a brilliant day for the Dacosta family as brother Logan then won the under-75kg final against another team-mate in Seguy Corentin.