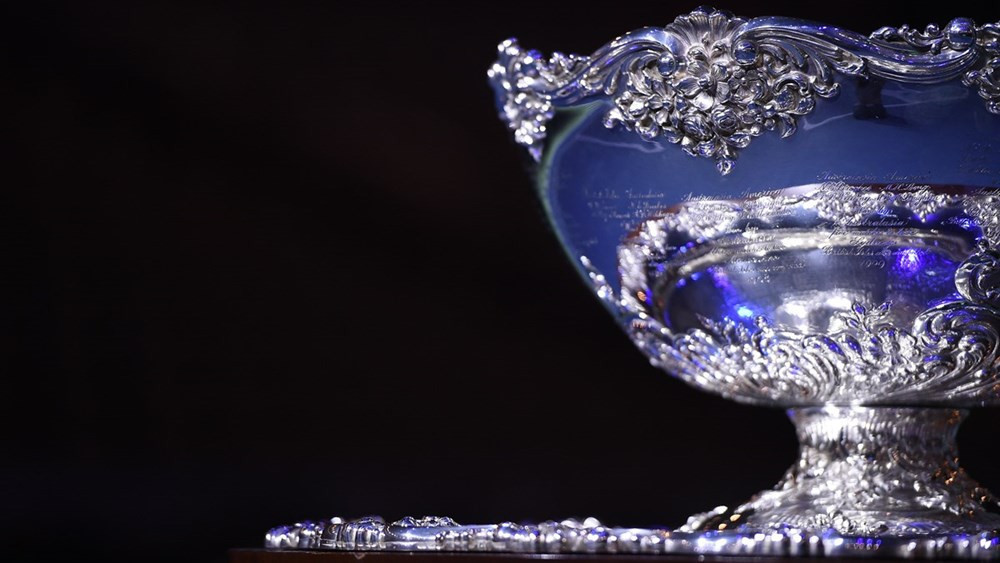 The International Tennis Federation (ITF) has today announced that a two-day format and best-of-three-set matches will be trialled in the Davis Cup next year.

The ITF Board of Directors voted to introduce the trials in all Zone Group I and II ties starting with the first-round ties in February.

The trial does not apply to the World Group, which will continue to play ties over three days and best-of-five sets in 2018.

This will ensure that all doubles matches remain live.

Other changes for the trial include no fifth rubber being played if the fourth match is decisive, the same as the current rule for the Davis Cup final.

The Board has also approved a trial to increase the size of teams in the World Group and Zone Groups I and II from four to a maximum of five players to give nations greater flexibility in team selection.

"We are as determined as ever to enhance our flagship team competitions for players, fans, host nations, broadcasters and sponsors," ITF President David Haggerty said.

In August, it was confirmed Davis Cup singles matches will continue to be played over the best-of-five sets after a proposal to reduce them to three failed to gain approval at the ITF’s Annual General Meeting (AGM) in Vietnam.

Two months earlier, the ITF Executive Board gave their backing to a series of changes affecting both the men’s Davis Cup and the women's Fed Cup, including a recommendation to shorten the length of contests in the former.

But the motion was backed by less than the two-thirds majority of voters needed in Ho Chi Minh City, with 63.54 per cent support being received from member nations.

A landmark resolution was passed, however, giving the ITF Board of Directors the authority to make changes to Davis Cup and Fed Cup regulations on a trial basis without needing to seek approval from the general membership.

The amendment received overwhelming support at the close of the AGM.

The resolution was submitted for vote based on feedback from the delegates in Vietnam indicating that they have confidence in the Board members to make changes they deem necessary to enhance the ITF’s flagship team competitions.

"The nations voted to give the Board the flexibility to trial changes, and the Board has acted quickly to make this happen in 2018," Haggerty said.

"The Board felt it was appropriate to trial the two-day, best-of-three-set format at Zone Group level.

"Should the trial prove to be a success, we will be in a position to consider whether it should be applied for the World Group as well after 2018."

Among the other proposals approved at the AGM was guaranteeing both the Davis Cup and Fed Cup finalists the choice of hosting their first-round ties the following year.

The members also passed a motion to reduce Davis Cup pre-tie commitments for players to a single function combining the draw, post-draw press conferences and interviews and an official lunch.

Previously, changes to the Davis or Fed Cup regulations could be only be made annually at the AGM.

The Davis Cup and Fed Cup have suffered in recent years due to a packed tennis schedule which has led to the top players often not seeing them as a priority and dropping out.

World number three Sir Andy Murray has previously called for Davis Cup matches to be shortened to increase the participation of the sport’s biggest stars.

"Our priority remains to attract the top players, and these trials address some of the challenges that these players face in an increasingly crowded tennis calendar," Haggerty added.

"We are working to develop player-friendly formulas that give the competitions the profile and stature they deserve."

"The ITF Board recognises the importance of taking steps to enable Davis Cup to move forward while retaining its unique elements," Australia’s Mark Woodforde, a former Davis Cup champion and current ITF Board member, said.

"The competition is steeped in history and we want to ensure that the next generation of players can continue to enjoy the thrill of representing their country in front of their own fans."