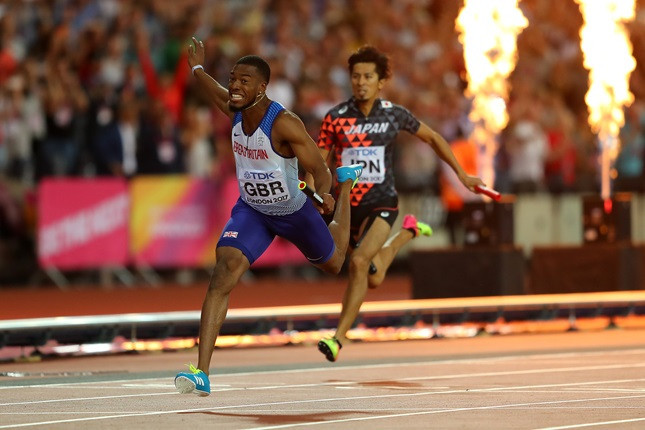 UK Sport has revealed its intention to invest almost £30 million ($39 million/€34 million) over the next eight years in an attempt to bring some of the world’s top sporting events to towns and cities across Great Britain.

It hopes its ambitious new plans will "maintain the country’s position as a world-leading host of major sporting events into the 2020s".

Also guaranteed are the 2019 Men’s Cricket World Cup in England and Wales, 2019 Solheim Cup at Gleneagles in Scotland, 2021 Rugby League World Cup in England, and various matches across the 2020 UEFA European Championship, including the semi-finals and finals at Wembley Stadium in London.

As part of its event hosting strategy, UK Sport says it has been supporting work to attract the 2021 UEFA European Women’s Championships and 2022 Commonwealth Games, an event for which Birmingham was the only candidate to submit a bid to replace Durban as host by the deadline of last Friday (September 30).

It also insists it is actively considering the feasibility of mega events in a number of other sports.

Projections of staged, secured and targeted events from UK Sport’s 2017 to 2025 hosting programme include 7.2 million spectators and an anticipated economic impact of over £440 million ($578 million/€493 million).

Britain has hosted a series of major events since the London 2012 Olympic Games, including the 2014 Commonwealth Games in Glasgow, the start of the 2014 Tour de France in Yorkshire and the 2015 Rugby World Cup in England.

Earlier this year, the World Athletics Championships were held in London and the Women's Cricket World Cup was staged across England and Wales.

"The UK has an incredible track record of hosting some of the biggest events in sport that help showcase the best of Britain to the world, make a significant contribution to the economy and encourage people to get involved in sport as volunteers and participants," British Sports Minister Tracey Crouch said.

"We want to keep up our standing as a world leader in this area and UK Sport's ambitious events strategy over the next eight years will help us do just that."

Speaking at the launch of the strategy, UK Sport chief operating officer Simon Morton added: "From London 2012 and Glasgow 2014, through to the World and European Championships we host, and the annual world circuit events that have their home here, the UK continues to demonstrate why it is globally recognised as one of the best places to host the biggest sporting events.

"With passionate spectators, a fantastic portfolio of international sporting venues, and the drive to keep improving and innovating, the UK offers the complete package.

"Our strategy and ambitious hosting targets will help us ensure we maintain our international reputation into the 2020s and beyond."

According to confidential UK Sport documents obtained by the BBC, the English Football Association (FA) could bid to host the UEFA Champions League final in 2023.

The staging of parts of the Tour de France in 2021 and World Athletics Championships "in 2027 or 2029", are also listed as ambitions.

Wembley Stadium hosted the Champions League final in 2011 and 2013.

The venue will celebrate its 100th anniversary in 2023 and it is understood the FA would like to mark it by hosting the final of Europe's premier club competition.