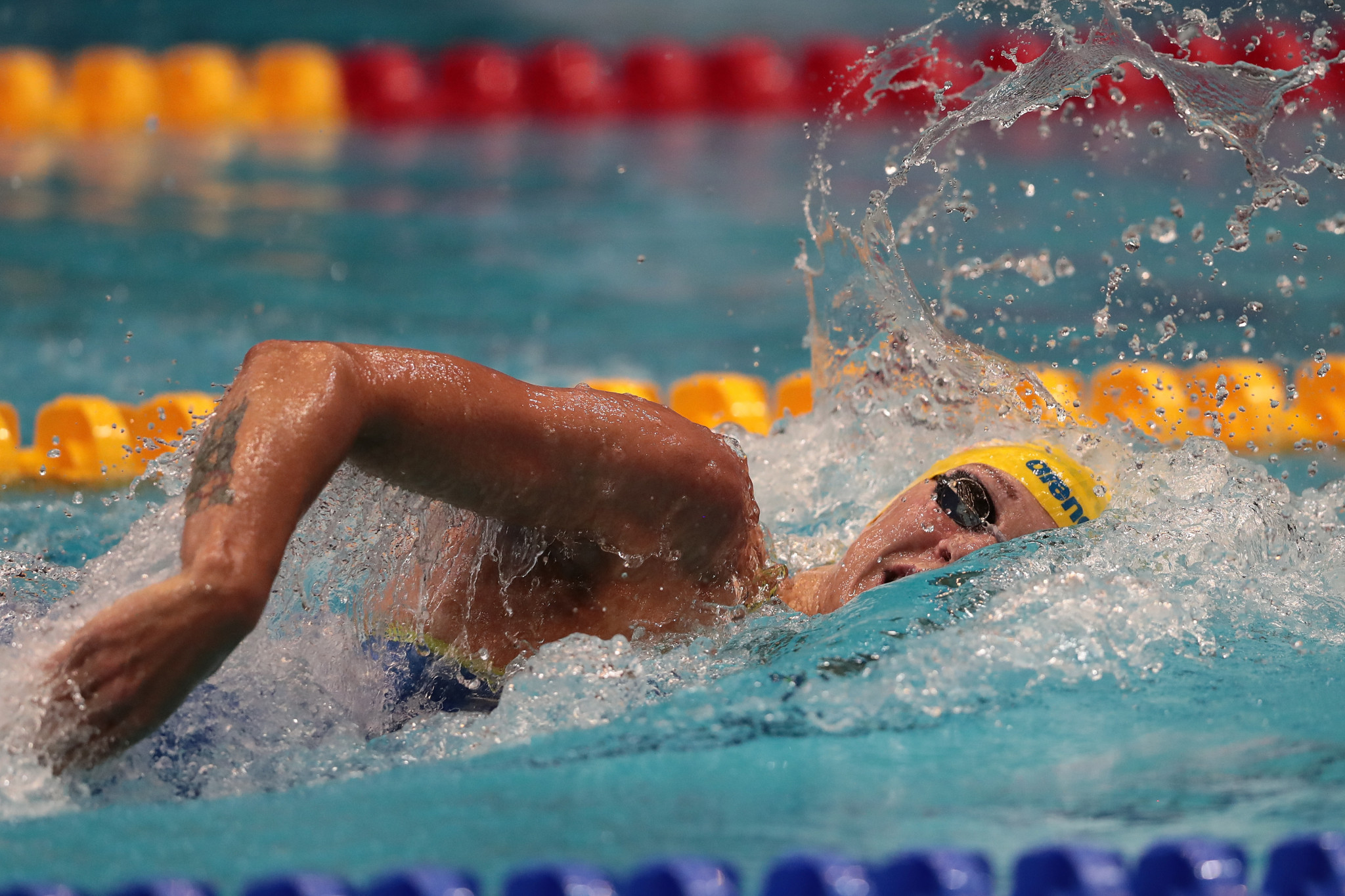 Sarah Sjöström of Sweden and Chad le Clos of South Africa strengthened their position at the summit of the overall women's and men's leaderboards as they each recorded two victories on the opening day of the International Swimming Federation (FINA) World Cup in Doha.

The Swedish star, a seven-time world champion, won the 200 metres freestyle and 100m butterfly events at the Hamad Aquatic Complex in the Qatari capital.

Olympic gold medallist Sjöström took the 200m freestyle honours in a time of 1min 52.00sec to beat Femke Heemskerk of The Netherlands and Shen Duo of China respectively.

Zhang Yufei of China touched the wall in second place and Chan Kin Lok of Hong Kong did enough for third.

Current overall men's leader Le Clos, a four-time Olympic medallist, matched the performance from the Swede as he emerged triumphant in the men's 200m and 50m butterfly races.

He powered to victory in the 200m by clocking 1:49.59, beating off competition from closest overall challenger and main rival Tom Shields of the United States.

The American swimmer was forced to settle for second place behind Le Clos, with Yajima Yuya of Japan rounding off the podium in third.

China's Zhang Qibin was second and Shields endured yet more disappointment as he claimed the bronze medal.

Three-time Olympic gold medallist Katinka Hosszú of Hungary was the other swimmer to pick up two wins on day one.

Hosszú, who clinched all three of her Olympic golds at Rio 2016, edged Australia's Emily Seebohm with a time of 2:05.29 to secure victory in the 200m individual medley.

Heemskerk touched the wall in third.

The Hungarian's second triumph came in the 200m backstroke as she again beat Seebhom.

Hosszú's time of 2:02.06 was enough to see off the Australian as Peng Xuwel of China sealed the bronze medal.

Seebohm, a double Olympic relay champion, was able to overcome the Hungarian in one race as she defeated Hosszú in the 50m backstroke in 26.29.

The World Cup in the Qatari capital is due to conclude tomorrow.