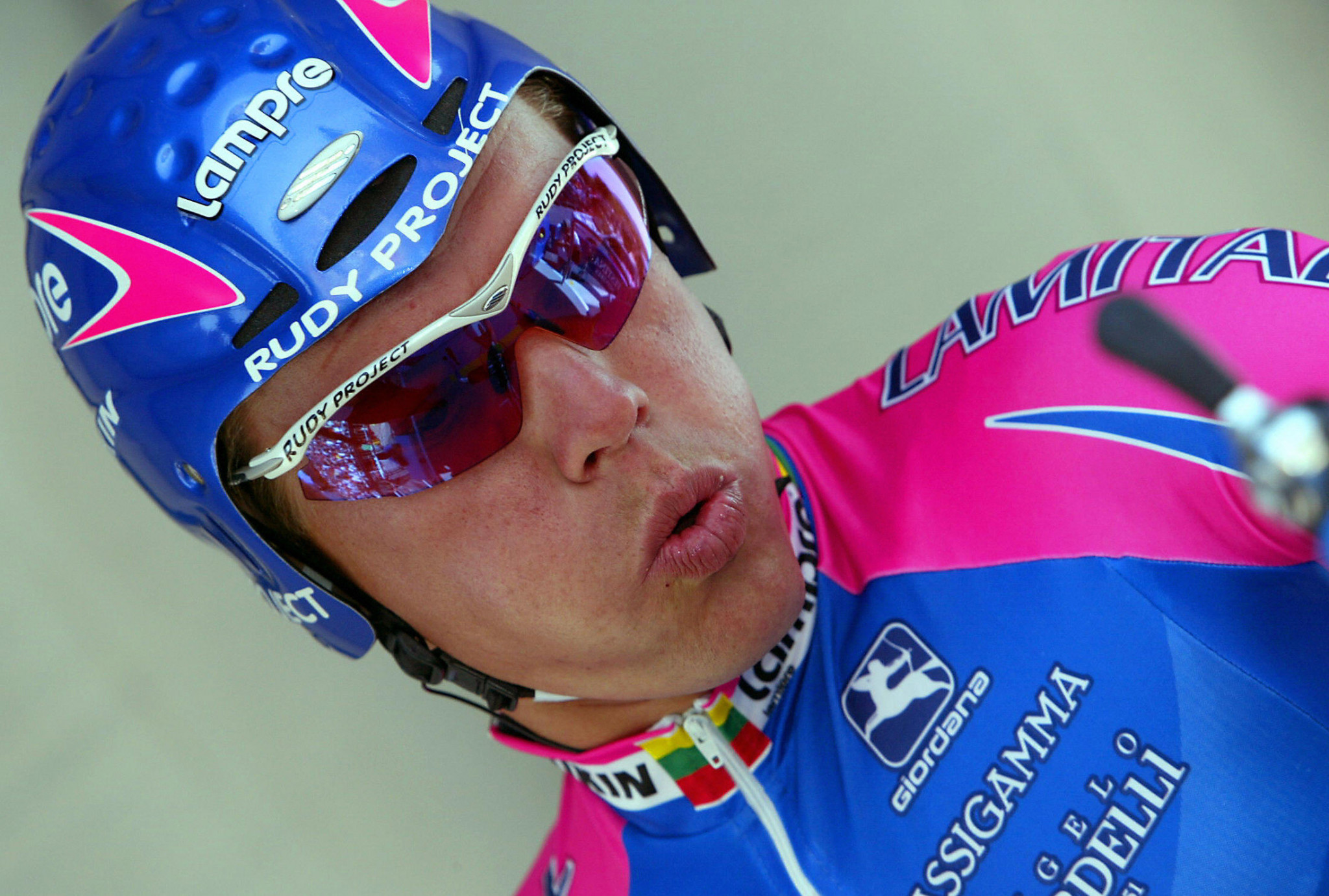 Rumas, son of the former cyclist with the same name who was placed third at the 2002 Tour de France and later failed an erythropoetin (EPO) test, failed an out-of-competition doping test conducted at his home in Tuscany in Italy on September 4.

The anti-doping branch of the Italian Olympic Committee made the announcement.

Rumsas, a rider for Palazzago-Fenice, has been suspended by Italy's National Anti-Doping Tribunal while the investigation is carried out.

The 23-year-old won the Freccia dei Vini in July and dedicated his victory to brother Linas, an amateur cyclist who died suddenly in May at the age of 21.

Linas was found unconscious and Italian police suspect there is a link to doping products or illegal use of medicines.

According to reports in Italy, medicines, insulin, painkillers, syringes and other unlabelled drugs were discovered by police during a search of the Rumsas home near Italian city Lucca and Raimondas Rumas junior's car.

It has led to a Lucca prosecutor opening an investigation into the Rusmas family with a total of five people said to be being looked into for the distribution of doping products, dealing in stolen goods and violating anti-doping laws.

His wife Edita was arrested by French police with a vehicle full of drugs on her way home from that event.

A trial was finally held in 2005 with both Raimondas and Edita receiving four-month suspended jail sentences in January 2006.

By the time of the ruling, Raimondas had tested positive for EPO at the 2003 Giro d'Italia after finishing sixth overall.

Palazzago-Fenice has distanced itself from Rumsas junior, who it claims has raced autonomously since the death of his younger brother.

News of his positive test comes at the same time that Italian cyclist Stefano Pirazzi has been given a four-year doping ban.

Pirazzi, 30, tested positive for growth hormone-releasing peptides at the end of April, just a few days before the Giro d'Italia.

He was sacked by his Bardiani-CSF team within a month of the positive test.

Pirazzi can appeal against his suspension at the Court of Arbitration for Sport.