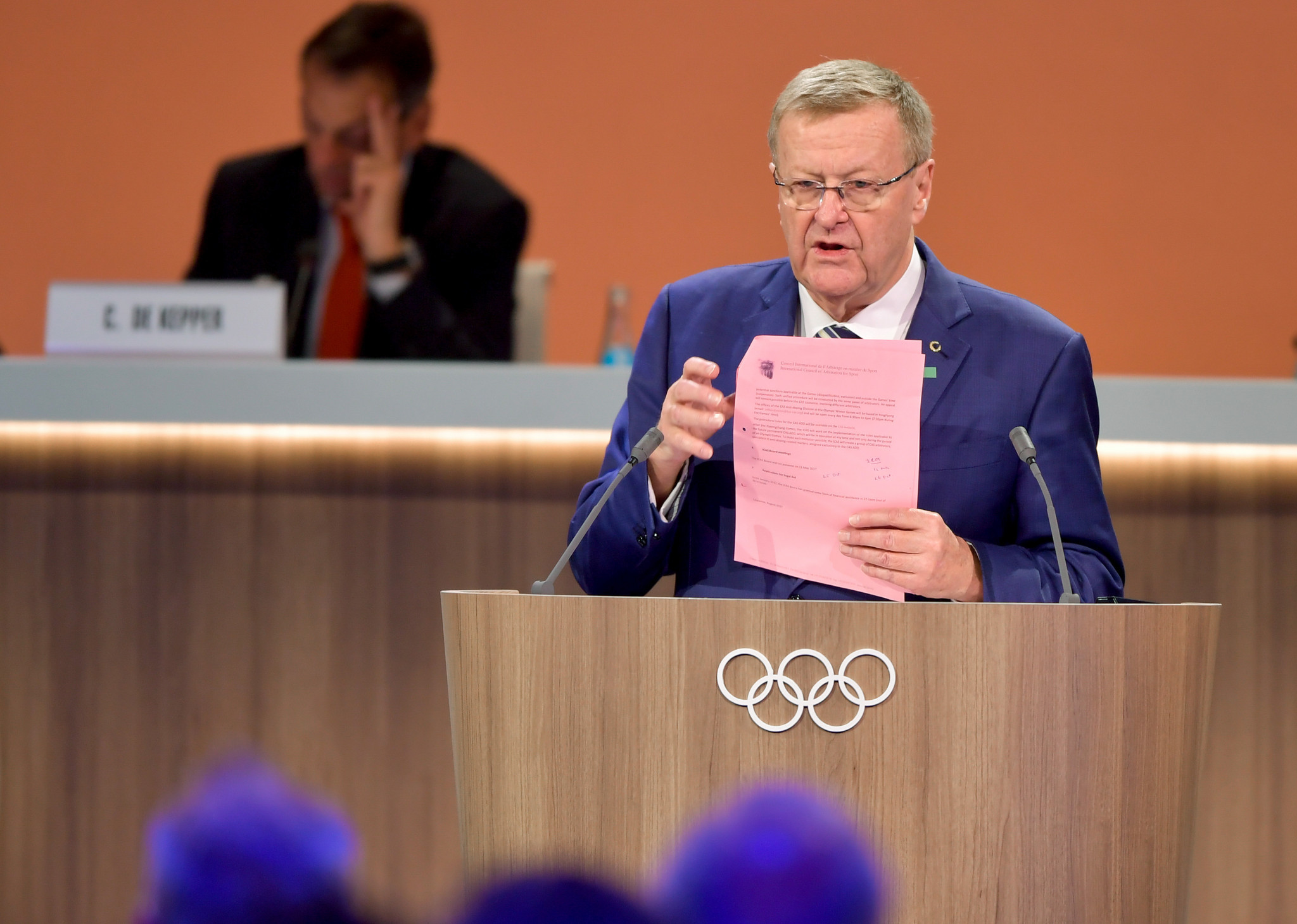 Tokyo 2020's Athletes' Village has been identified as an area where money could be saved in order to keep Games costs down, International Olympic Committee (IOC) Coordination Commission chair John Coates has claimed as a two-day Project Review visit began in the Japanese capital.

Coates said the "level of service" at the Village could be reduced in order to cut costs amid continued concerns over Tokyo 2020's budget for the Olympic and Paralympic Games.

In his opening remarks at the visit, the Australian, a former IOC vice-president who is now an ordinary member of the organisation, revealed they had contacted 28 major National Olympic Committees (NOCs) for feedback on the proposals.

Possible ideas include offering NOCs compensation for having less beds at the Village and "transferable" accreditations, according to Coates.

Recommendations resulting from the responses are set to be discussed at the IOC's Executive Board meeting in December.

"We are putting a number of questions to those NOCs as to how we think we can find savings by reducing, to an acceptable level, the level of service in the Olympic Village," Coates said, as reported by Reuters.

"We have to be satisfied that there's no impact on the services for the athletes."

Coates reaffirmed the need for Tokyo 2020 to ensure their Games budget does not spiral out of control after he warned earlier this year that a failure to do so could scare cities off from bidding for the Olympics and Paralympics.

"We want to get to the situation where the Organising Committees for the Games are able to cut even in their budgeting to finance the operational costs of the Games."