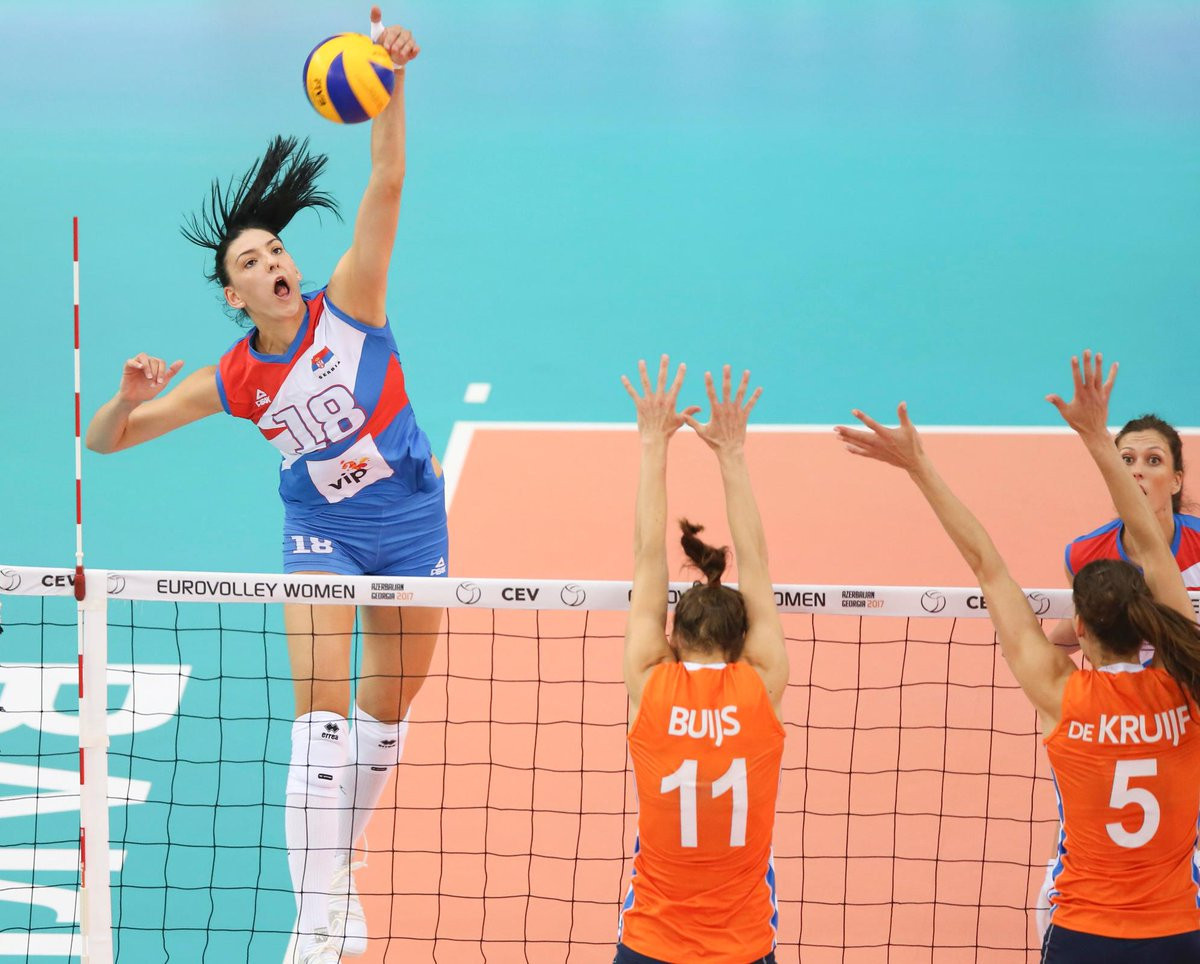 Serbia were crowned Women's European Volleyball Championships winners after overcoming The Netherlands in the final in Baku.

The Dutch team were seeking to improve on their runner-up finish from the 2015 edition of the event, where they suffered a straight sets loss to Russia.

Their hopes took a blow in the early stages of the final at the National Gymnastics Arena in Azerbaijan’s capital city, as Serbia won the opening set 25-20.

Serbia, the Rio 2016 Olympic silver medallists, strengthened their hold on the tie by winning the second 25-22.

The Netherlands responded well in the third, eventually edging out their rivals 25-18 to keep their hopes alive.

Their efforts would ultimately prove to be in vain, as the Serbian squad triumphed 25-18 in the fourth set to seal the overall victory.

Victory saw Serbia claim the European title for the second time in their history, having also won the 2011 event.

The host nation were left disappointed for the second successive day, with Azerbaijan unable to bounce back from yesterday’s semi-final loss to The Netherlands.

Azerbaijan had won the opening set of the bronze medal match 25-22 against Turkey, but could not sustain the momentum.

Turkey levelled the score by winning the second set 25-21, before securing the third 25-14.

They sealed the bronze medal by easing to the fourth set 25-8.