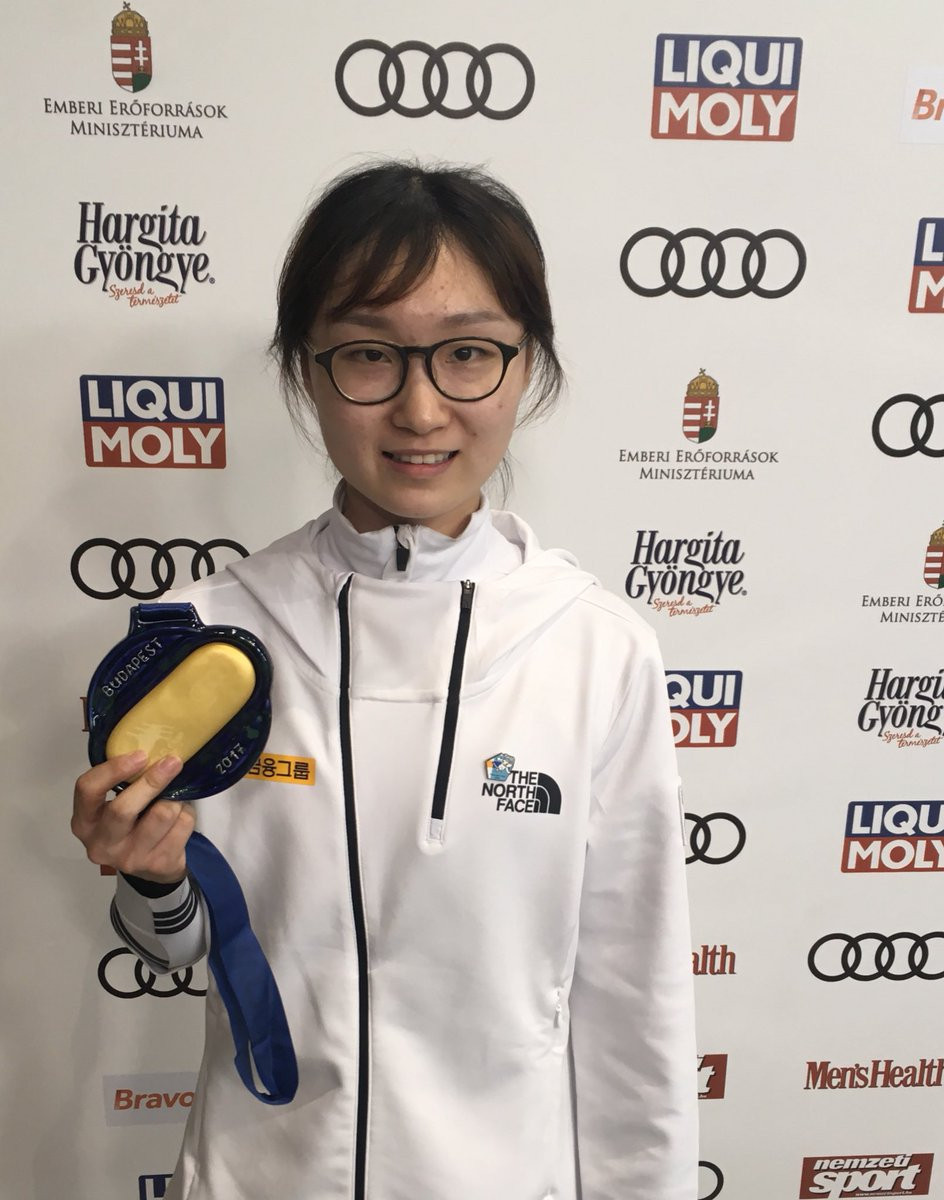 Choi Min-jeong of South Korea completed a clean sweep of the women's individual events as she claimed victory in the 1,000 metres race at the International Skating Union (ISU) Short Track World Cup in Budapest.

The 2015 world champion capped off her dominant performance at the competition at the BOK Hall in the Hungarian capital as she won another two gold medals to end with a personal haul of four titles.

It proved to be another commanding day for South Korea, who again won three of the four titles on offer.

Choi took the 1,000m honours in a time of 1min 34.660sec, crossing the line in front of Canada's Kim Boutin and Britain's Elise Christie, who earned silver and bronze respectively.

Canada were second and Russia came through to take third.

"The final race was pretty easy because I had such good results yesterday and got a lot of confidence."

Choi's team-mate Lim Hyo-jun clinched his second title of the event as he powered to victory in the men's 1,000m.

Their performance on the final day in Budapest saw them finish with six of the eight available titles.

The South Korean skater clocked 1:26.092 to lead home a one-two for the nation, with Hwang Dae-heon earning silver.

Han Tianyu of China was the recipient of the bronze medal.

China were second and Japan were third.

The competition was the first of a series of four World Cup events that will help determine qualification for Pyeongchang 2018.