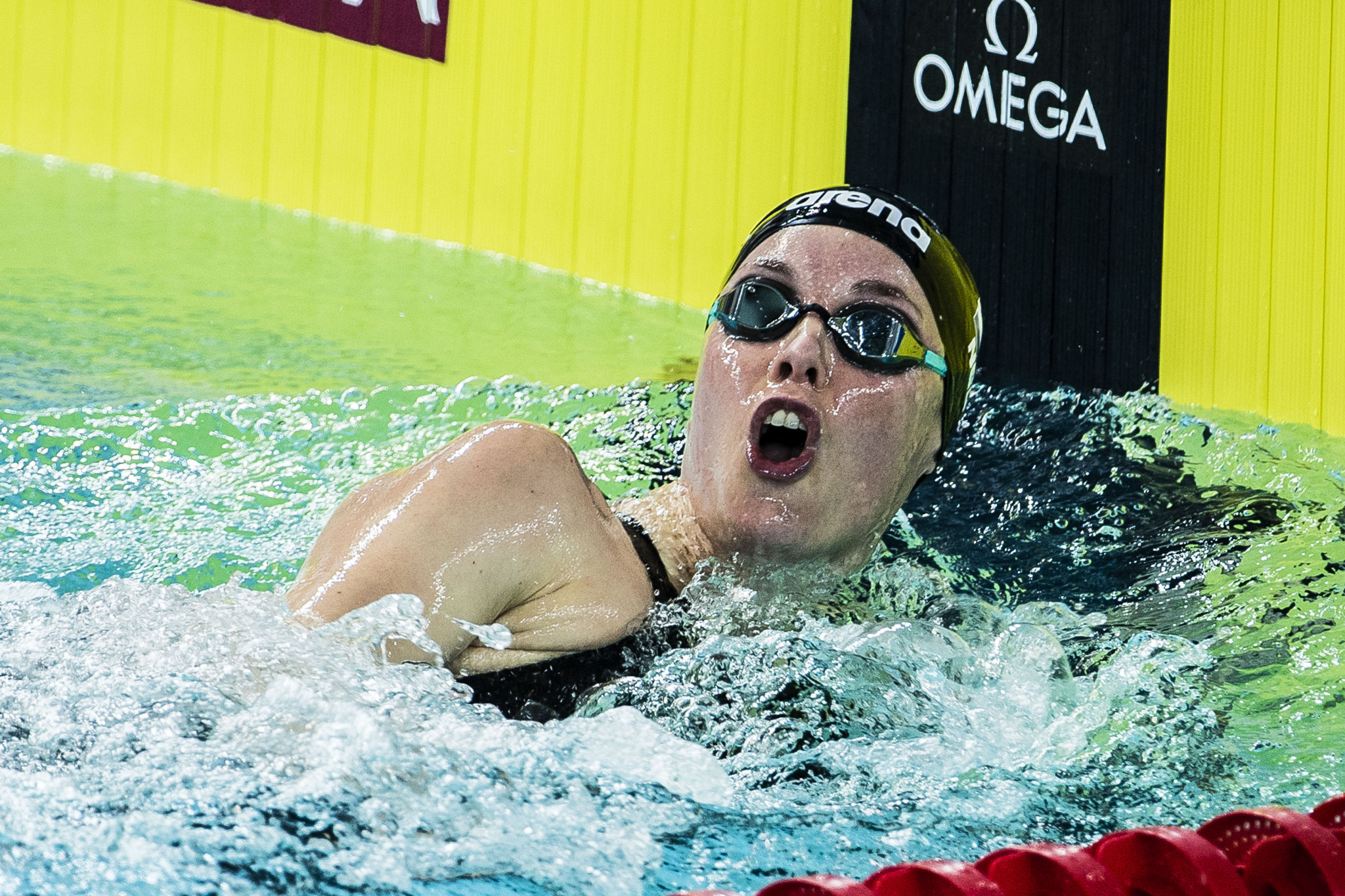 The Dutch swimmer won three medals on the opening day of competition, but was unable to finish on top spot on the podium.

She would not be denied in the 400m freestyle, touching home in a time of 4min 4.30sec to earn victory.

China’s Li Bingjie and Hong Kong’s Nam Wai Ho rounded off the medal positions, finishing in times of 4:09.13 and 4:12.70 respectively.

Sjöström sealed her fourth win of the World Cup by ending the women’s 100m freestyle in 51.99.

Her effort was enough to hold off the Dutch duo Ranomi Kromowidjojo and Heemskerk, after they achieved times of 52.53 and 53.02.

A fifth and final victory for Sjöström came in the 50m butterfly event, as the seven-time long course world champion clocked 24.62.

Kromowidjojo was forced to settle for the silver medal again, having ended in 25.46, with fellow Dutch swimmer Maaike de Waard third in a time of 25.79.

Triple Olympic champion Hosszu clinched victory in the women’s 100m backstroke, as the Hungarian finished the event in 56.20.

Australia’s Emily Seebohm looked to push Hosszu to the finish, but would end the race 0.51 off the pace of her rival.

The podium was completed by Jie Chen, with the Chinese swimmer touching home 2.49 adrift of the winning time.

Hosszu’s fourth and fifth wins of the weekend came in individual medley events, triumphing in the 100m race, with a time of 56.97.

It would prove a comfortable margin of victory over Sjöström and Seebohm, who ended 1.65 and 1.80 seconds adrift.

The distance between Hosszu and her nearest rival in the 400m medley was vast, as the Hungarian ended 16.69 seconds clear of Jessica Whelan, having won in 4:33.55.

Having been beaten in the men’s 200m butterfly by American Tom Shields yesterday, Chad Le Clos gained revenge by winning the 100m event.

The South African earned victory in a time of 50.28, with Shields 0.54 behind in second place.

Japan’s Yuya Yajima completed the top three by ending in 51.57.

Le Clos would settle for silver in the men’s 50m freestyle, with series rival Vladimir Morozov powering to victory in 20.91.

Times of 21.48 and 21.58 were enough for Le Clos and Germany’s Damian Wierling to round off the medal positions.