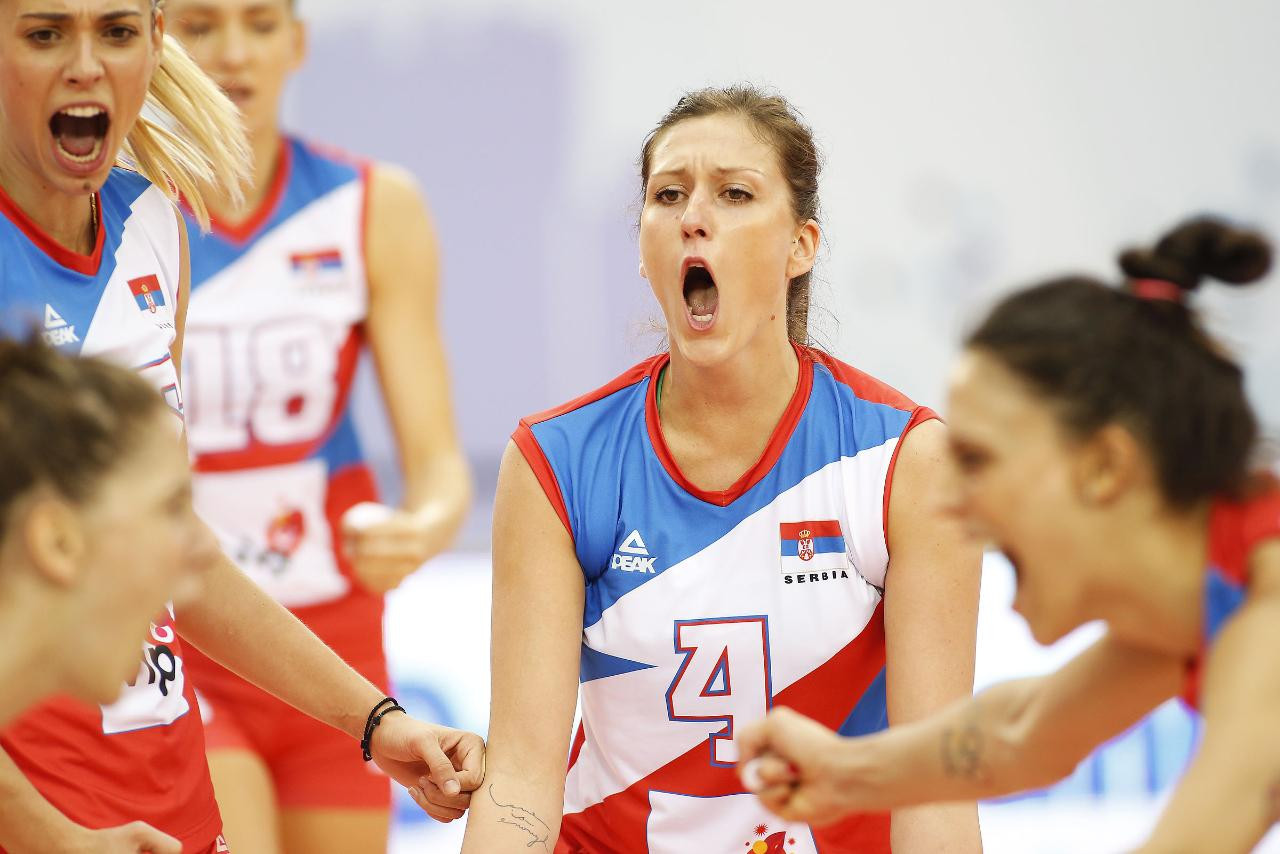 The Netherlands and Serbia will meet in the final of the Women's European Volleyball Championships in Baku after coming through their semi-finals in different styles today.

Turkey thrashed Russia, the 2013 and 2015 gold medallists, yesterday but could not continue that form.

“At this moment Serbia has more quality than Team Turkey, that’s for sure, but also Turkey yesterday played an incredibly good game and surprised everybody by beating Russia 3-0," said Serbian head coach Zoran Terzić.

"They definitely exerted a lot of emotion yesterday and could not play on the same level today – especially when we speak about motivation and energy on the court, which made it a little easier for us."

The Netherlands, meanwhile, silenced the National Gymnastics Arena by beating Azerbaijan in a five-set thriller.

“We said to each other we have to fight and really go crazy, because they have such hard hitters and they are really tall, so it’s not going to be easy, plus we already lost two times before, so we really wanted a revenge and this was a perfect opportunity for us," said The Netherlands' Kirsten Knip.

The Dutch won gold in 1995 on home soil while Serbia did just the same in 2011 in Belgrade.

Both teams have already met in the group stage with the Serbians coming out on top 3-0 then.