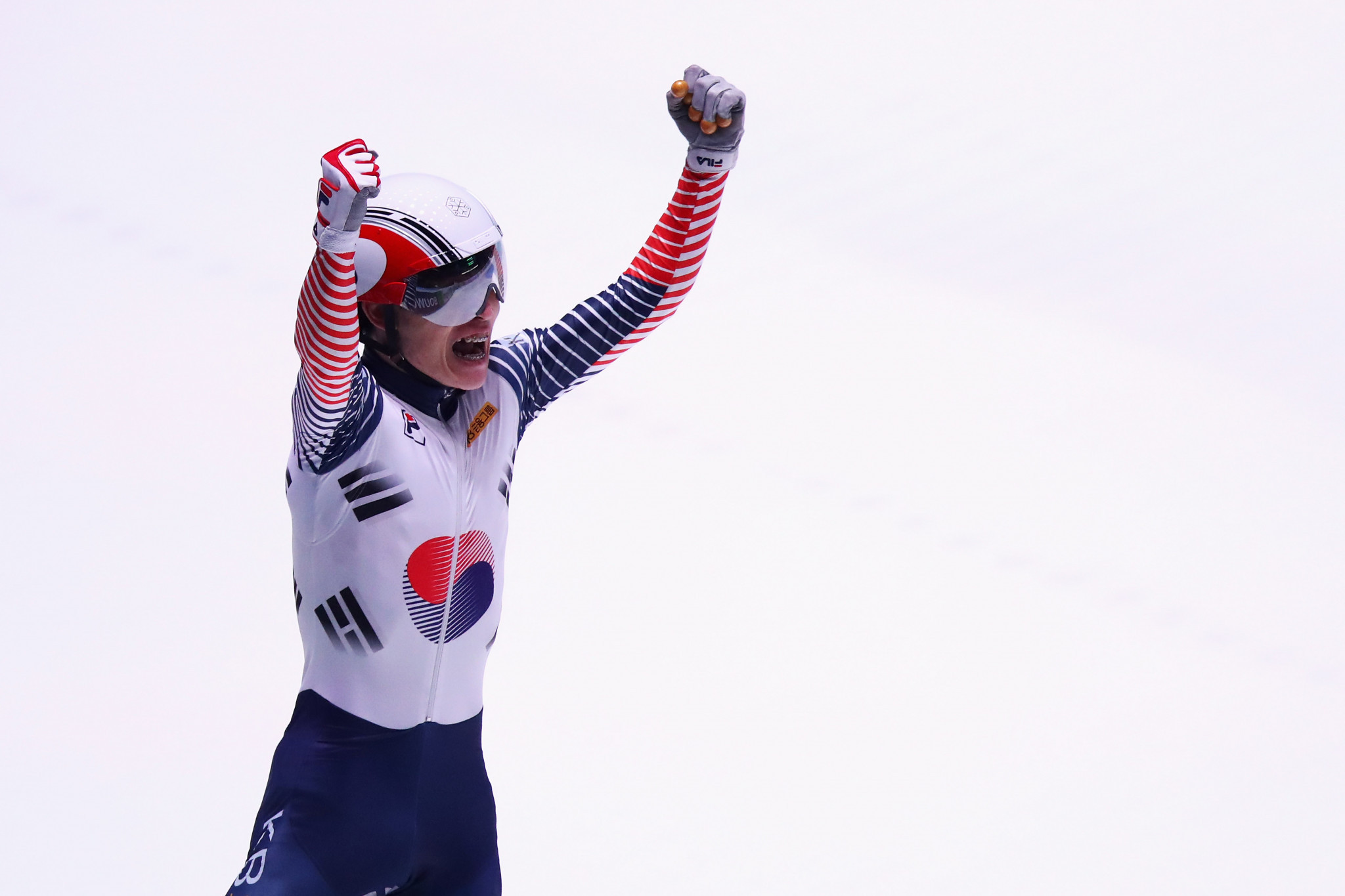 Seo, who was unable to qualify from the 500m heats on the opening day, compounded his unhappy start by managing no better than third place in his heat of the 1000m – the only distance at which he won individual gold at the Rotterdam World Championships in March.

Christie, who won individual gold in both distances at the Rotterdam World Championships in March, had won her opening 1500m and 500m heats on the opening day.

The 27-year-old Scot will be joined in the 1000m quarter-finals by the individual world silver medallist Suzanne Schulting of The Netherlands, who was second in her heat behind South Korea’s Choi Min Jeong.

Knegt was part of a Dutch 5000m relay team that won its quarter–final narrowly over fellow-qualifiers Canada, with China and Hungary advancing from the second quarter-final, and South Korea and the United States taking the two top semi-final qualifying places in the third race.

In the women’s 3000m relay event, the winners of the three quarter-final heats were The Netherlands, Canada and South Korea.

This is the first of four World Cup events that will help determine qualification for next year’s Winter Games in Pyeongchang.