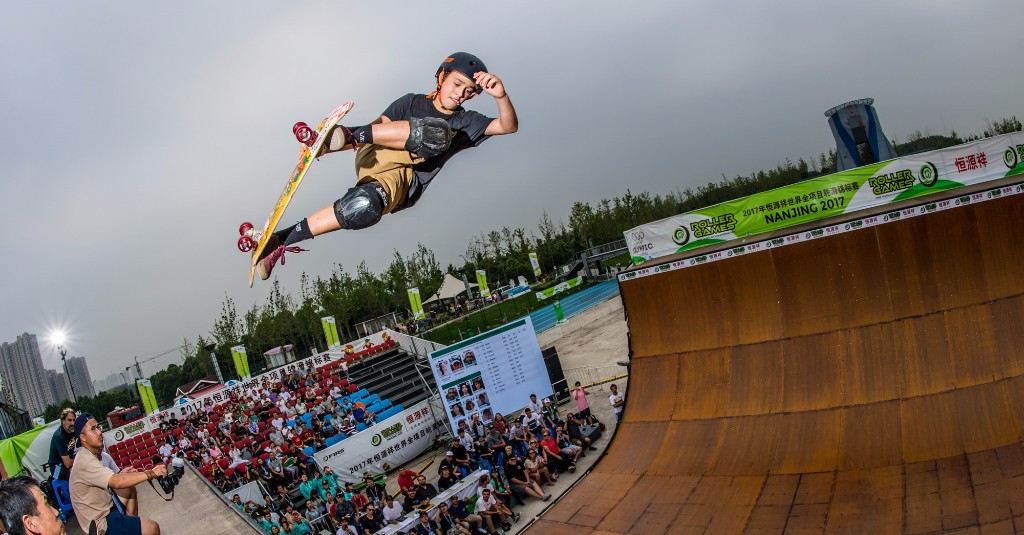 International Olympic Committee (IOC) sports director Kit McConnell has claimed he is confident that the world's top skateboarders and event organisers will participate at Tokyo 2020, despite the hostility expressed by some in the sport about it being in the Olympics.

Concerns remain over whether many of the world's most famous athletes will be willing or able to compete at Tokyo 2020, as well as over the format of the competition in the Japanese capital.

McConnell has appeared to end speculation, however, that the Olympics will be invite-only rather than subject to standard qualification procedures.

"We are really happy with the overall skateboarding model," he told insidethegames today.

"The move to World Skate is the culmination of greater integration and discussion over a number of years and we think it is a long term and sustainable solution which will help improve structure at both a national and at an international level."

McConnell admitted that there were "some challenges with the calendar" surrounding street and park events' inclusion at the World Roller Games, but claimed he was hopeful they would form part of an expanded programme featuring at the next edition in Barcelona in 2019.

This is likely to form part of the qualification process for Tokyo 2020, which is expected to be finalised at the IOC Executive Board meeting in Pyeongchang in February.

"We hope that the level of athletes will grow building up to the 2019 World Roller Games in Barcelona," McConnell added.

"Qualification criteria are currently under discussion for Tokyo and we hope that existing events [like the World Roller Games] fit into a wider and coherent qualification process.

"Having the best athletes is our first priority, and I am hesitant to compare participation in a non-Olympic [vert] discipline with what we will see in Tokyo."

He praised their "growing partnership" and involvement from the skateboarding community before expressing confidence he Olympics will create a "magical combination".

This was in response to concerns over the event management experience of those closely involved in organisation, including the former International Skateboarding Federation (ISF) President Gary Ream, who now heads the Skateboarding Commission within World Skate.

McConnell added that he "anticipates" another application for roller skating events to feature at future Olympic Games, including at Paris in 2024, but said that the decision to hold roller speed skating and not skateboarding at the Buenos Aires 2018 Summer Youth Olympic Games is part of a way to "find a balance" between the different disciplines.

"World Skate’s main aim is to create a cooperative system in which all the companies and grassroots organisations that built the Skateboarding movement in the past can work together with the official events in a perfect synergy," World Skate's communication manager Simona Mercuri said.

"Together with the Nanjing Local Organising Committee, we wanted to use the first WRG to boost the vert: as with roller sports, World Skate represents all disciplines of skateboarding.

"We think that vert can be an effective tool to guarantee a widespread diffusion of skateboarding and look to encourage its resurgence as we look to the future of skateboarding in the Olympic Games.

"You see, this is the new path that the World Skate will follow in the next years: deep analysis focused on the promotion of all our disciplines.

"And, of course, both Buenos Aires and Tokyo will be part of this path: we are working side by side with both the Local Organising Committees in order to ensure the best level results."

Other figures within the skateboarding community, however, were far less positive about the World Roller Games and other preparations.

"Instead of calling this the Vert World Championships, some in skateboarding are referring to it as the Vert Sham-pionships!" Tim McFerran, President of the World Skateboarding Federation, who were originally involved in discussions with FIRS and ISF before being left out of the final partnership, told insidethegames.

"The so-called historic Roller Games World Championships that includes for the first time skateboarding - and it’s already a mess with only a vert contest taking part among the nine rollerblading discipline - vert, the least popular participant discipline in skateboarding, with only around 40 participants worldwide.

"None of the more popular and globally participated disciplines of skateboarding are included, not even the two disciplines voted in Tokyo 2020, why not?

"The now defunct ISF and FIRS have had over 13 years each to build support programmes, work with the National Federations to implement organised programmes for skateboarding, and to create qualifiers for the World Championships or Olympics.

"From what I know, none of this has been done in any way whatsoever.

"Skateboarding was voted into the 2020 Olympics and, to date, I have not heard of any announcement from either the defunct ISF or FIRS regarding any programmes or initiatives that have been developed or are being developed to support skateboarding and its athletes."

McFerran said that the "some effort needs to be taken" given how the Olympics are only three years away.

"Furthermore, there has not been an announcement of any kind detailing plans to ensure that any of the millions of Olympic hopefuls will even have an opportunity to enter a qualifier and earn a spot on their countries’ Olympic team," he added.

"This cannot be a clandestine process.

"Obviously, I have some strong concern that skateboarding will be exploited and the profits will not go back to the sport or the athletes.

"This whole process lacks the transparency and fair play, which is rightly what the IOC openly touts the importance of.

"Yet the IOC acted as the matador by allowing skateboarding, a sport with no structure or foundation, to bypass the typical processes that other sports have to go through to get into Games."

Skateboarding is one of five new sports added for Tokyo 2020 along with baseball and softball, karate, sport climbing and surfing.

A separate process is due to take place to choose new sports for Paris 2024.