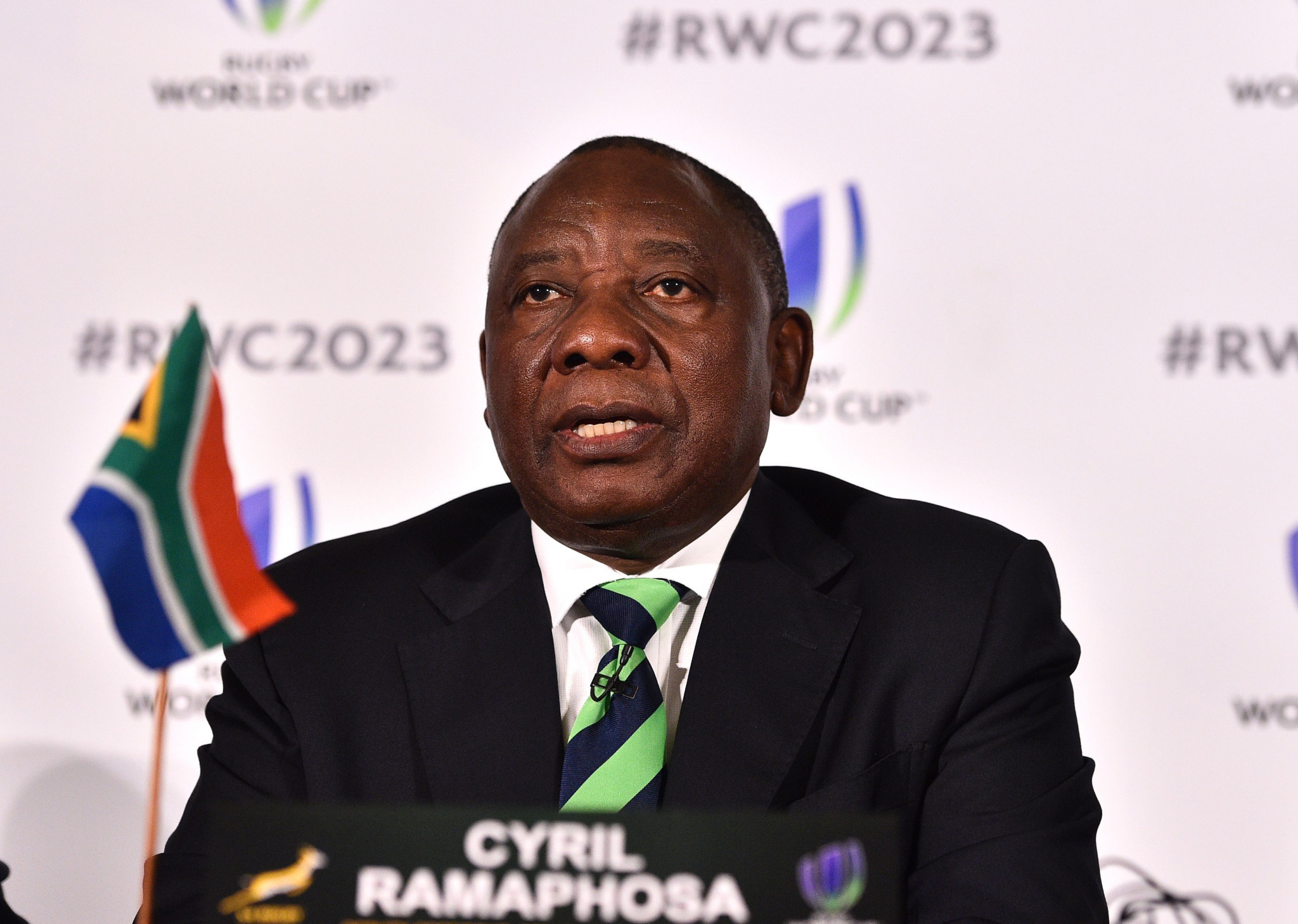 World Rugby today heard submissions  in London from France, Ireland and South Africa regarding their bid to host the 2023 World Cup.

The Irish bid received a boost when it emerged that British Prime Minister Theresa May has backed it.

Ireland's Taoiseach - as the Prime Minister is known - Leo Varadkar was the only Government leader present when the submissions were made.

French President Emmanuel Macron has distanced himself from the bid, and his administration was represented by Sports Minister Laura Flessel, who stressed the links with the 2024 Paris Olympic and Paralympic Games.

"There will be huge synergies between these two events," she said.

The French bid included the innovative idea that teams knocked out in the pool stage would be invited to stay through the tournament as guests and they will, also for the first time, include a closing ceremony.

Since the Rugby World was launched in 1987, France have staged it twice.

The first time in 1991 they staged group matches and two quarter-finals as they shared the tournament with England, Ireland, Scotland and Wales.

In 2007 they hosted the tournament on their own when South Africa ran out the winners.

An emotional appeal for France to host the event was made by two sons of the late All-Black Jonah Lomu, Dhyreille and Brayley Lomu, who were accompanied by former France flanker Sebastien Chabal.

"Dhyreille was born in France, born in Marseille, when their daddy came over and played for Marseille," Chabal said.

He claimed that the boys would be very happy to see the World Cup in the country where their father was happy.

Lomu died in November 2015 after a long kidney illness.

French Rugby Federation President Bernard Laporte hailed the Lomu boys' appearance, saying: "It is very moving to have them with us, very good of them to have come all the way from New Zealand."

Varadkar dismissed suggestions that Brexit would interfere with the hosting of the event, and stressed the willingness of the administrations in Dublin and Belfast to underwrite the event.

David Sterling, interim head of the Northern Ireland civil service, said: "We have held the Women's Rugby World Cup, the World Police and Fire Games and the Giro d'Italia in the last few years."

He added that all five of Northern Ireland's main political parties supported the bid.

Philip Browne, chief executive of the Irish Rugby Football Union, claimed that an agreement was in place with hoteliers to avoid visitors paying excessive prices and dismissed concerns about hotel places.

"On St Patrick's Day last year, Dublin welcomed 110,000 people for the festival, the Ireland-England Six Nations game and the club finals in Croke Park and there were no problems with capacity," he said.

Irish Minister for Sport Shane Ross added: "This process has undergone vigorous parliamentary scrutiny and has been passed by parliament so that makes it much stronger than any of the other bids."

Belfast's Kingspan Stadium and Casement Park are among those earmarked to stage games during the tournament, along with the Aviva Stadium and Croke Park, both of which are in Dublin, and Thomond Park in Limerick.

The South African case was put forward by Deputy President Cyril Ramaphosa, who said: “There is a lot of political debate and some of it might scare people.

"But what we are all sure about is [ensuring] that the principles and values of our hard-won democracy and constitution will remain stable and lasting.”

Francois Pienaar, who captained the Springboks when South Africa hosted the 1995 World Cup, recalled the late President Nelson Mandela wearing a Springbok jersey, which was a potent symbol of reconciliation in the post-apartheid era, given that rugby was traditionally associated with the white minority.

The film Invictus dramatises the story of South Africa hosting the event.

Speaking at the bid presentation in London, Pienaar said: "It was insane, incredible... not in my wildest dreams could I have imagined the impact it would have on our country."

Durban's withdrawal from hosting the Commonwealth Games, however, is being seen as hampering South Africa's application.

The host nation is due to be announced on November 15, with 39 Federations entitled to vote.

But World Rugby will make its recommendation on October 31.

The 2015 World Cup in England set records in terms of ticket sales, television viewing figures and income but Japan, hosts of the first Asian World Cup in 2019, will make much less money, in the light of Tokyo 2020.