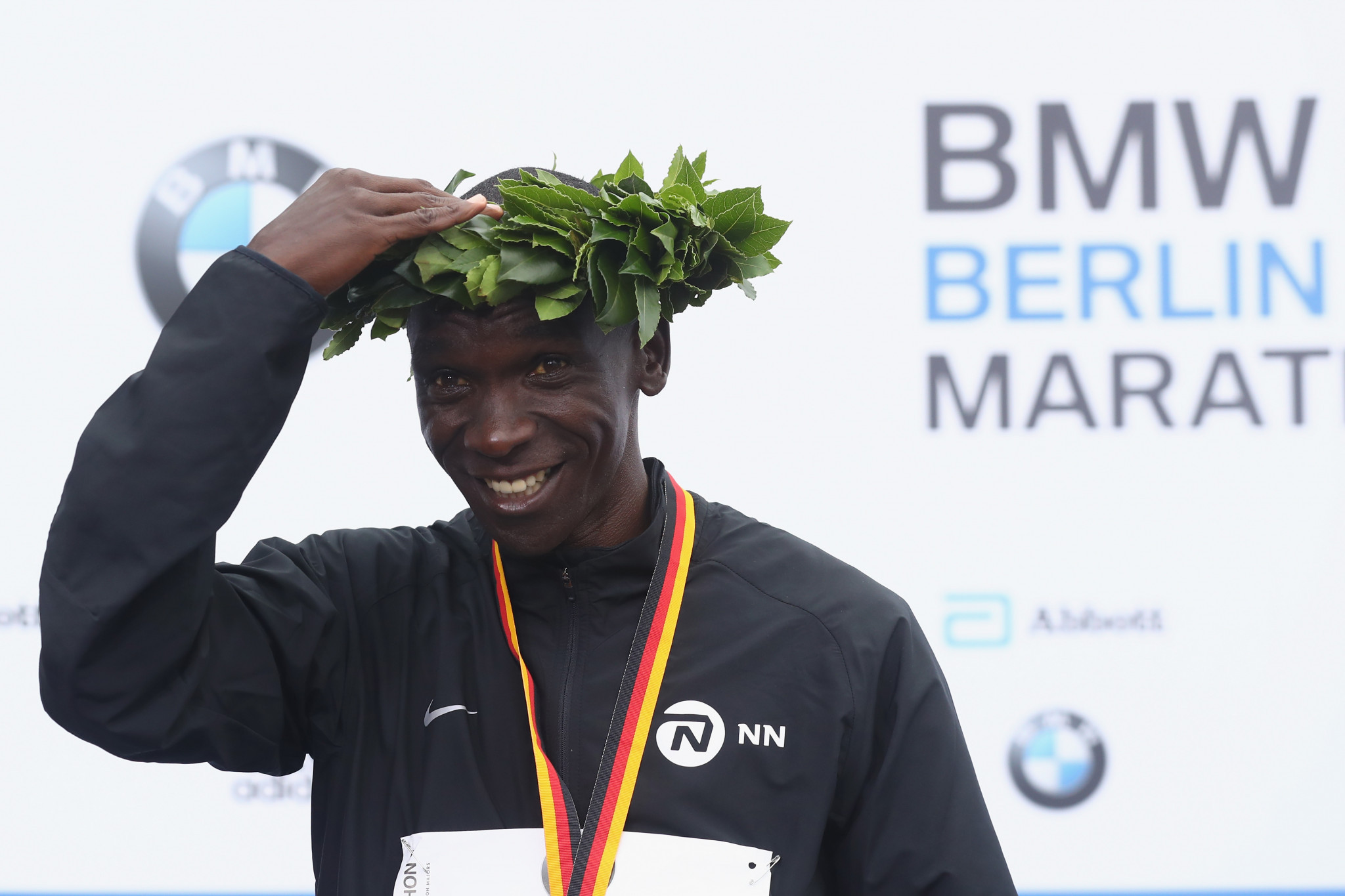 Kenya's Olympic champion Eliud Kipchoge, the favourite to win the Berlin Marathon, duly did so today in wet conditions that effectively ruled out a world record in the German capital.

He clocked 2 hours 03min 32sec on the lightning quick course but the race held surprises as neither of his main expected rivals, Kenenisa Bekele and Wilson Kipsang, lasted the distance in this World Marathon Majors race.

Ethiopia's Bekele, a multiple global champion on the track and winner last year's Berlin race in 2:03:03 - the second fastest-ever behind Dennis Kimetto's 2014 world record of 2:02:57 - dropped off the lead group just after the halfway mark with laboured running and he eventually failed to finish.

Kipsang, who won for Kenya in Berlin four years ago in a world record of 2:03:23, stopped suddenly at the 30 kilometre mark while clearly unwell.

Kipchoge was then left to go head-to-head with Ethiopia's 26-year-old marathon debutant Guye Adola, who eventually finished 14 seconds behind him.

Another Ethiopian, Mosinet Geremew, was third in 2:06:12.

Adola, who took bronze at the 2014 International Association of Athletics Federations World Half Marathon Championships, looked as if he might be preparing for a shock win six kilometres from the end as he opened up a 10 metre gap on the 32-year-old Kenyan.

But Kipchoge, winner of the London Marathon in a course record in April, regained the lead over the final two kilometres to earn an eighth victory in the nine marathons he has run since 2013.

"I'm glad I beat Adola, I did not expect to fight against someone other than Bekele or Kipsang," said Kipchoge.

"The conditions were not easy, because of the rain, but fortunately there was not too much wind."