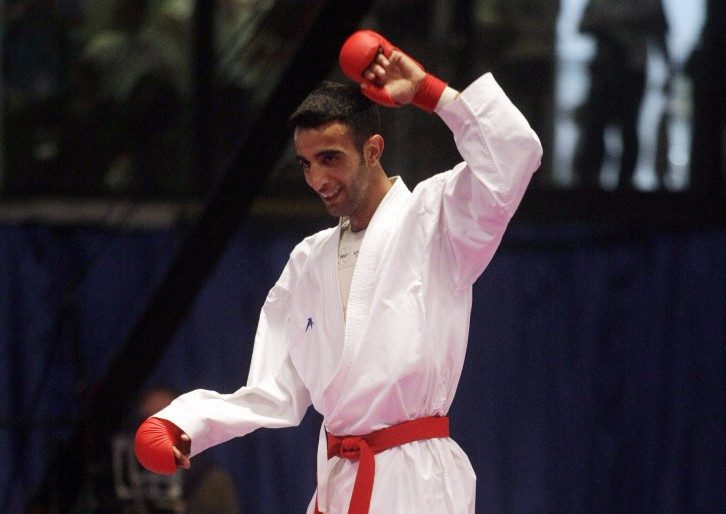 Peru clinched women’s team kata gold as the Karate1 Series A event in Turkey’s capital city Istanbul drew to a close, with a mixed day for the Iranian team.

The South Americans were the only non-Iranian team to reach the semi-final stage of the competition, but claimed a 5-0 win over their rivals to secure a place in the gold medal contest.

Facing the challenge of the Shotokan JSKA team from Iran, Peru’s Ingrid Aranda, Saida Salcedo and Andrea Almarza sealed another 5-0 success to top the podium.

Iran would suffer further disappointment in the men’s team event, as their squad were beaten 5-0 by Morocco in the gold medal match.

The podium was rounded off by Russia and Spain, who were beaten at the semi-final stage of the competition.

Iran would claim a gold medal in the women’s 55 kilogram kumite competition, as Fatemeh Chalaki saw off the challenge of Kazakhstan’s Sabina Zakharova in the gold medal match by a 3-2 score.

Japan were assured of gold in the women’s 50kg event, after boasting both of the finalists.

Miro Miyahara eventually emerged as the winner of the competition, securing 2-1 win over her compatriot Ayaka Tadono.

Turkey’s Serap Ozcelik and France’s Sophia Bouderbane rounded off the podium positions in the event.

Iran enjoyed a hat-trick of successes in the men’s competitions with Hamoon Deraf Shipour defeating Greece’s Dionysios in the 67kg event.

His success was swiftly followed by gold medals for Asgari Ghoncheh Bahman and Keyvan Baban in the 75kg and 84kg divisions.

The host nation were also able to celebrate success on the final day, as Aykut Kaya clinched the men’s 60kg crown.

He saw off the challenge of his compatriot Eray Samdan in the final.