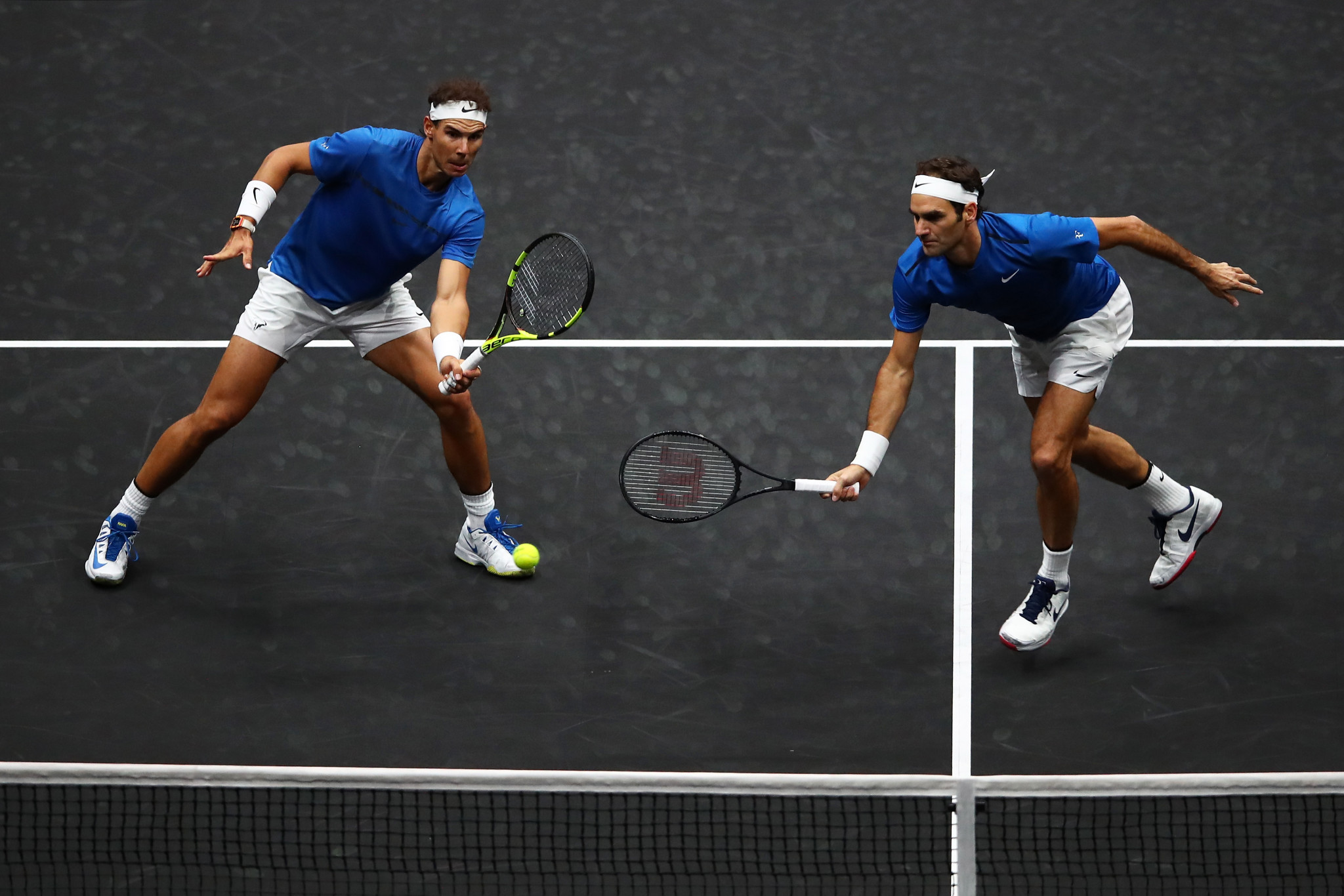 Roger Federer and Rafael Nadal teamed up give Team Europe a 9-3 lead over the World Team after the second day of the inaugural Laver Cup in Prague as they beat Sam Querrey and Jack Sock 10-5 in the tie break after winning the first set 6-4 but then losing the second 6-1.

Nick Kyrgios had earlier offered clear evidence that this new event - a tennis version of golf’s Ryder Cup - is no mere exhibition play as he went on a furious rant at the umpire before seeing out a victory over Tomas Berdych that earned the first points of the day for the World team, cutting the European lead to 7-3 at the O2 arena.

With points for victory being doubled on the second day of competition  - wins on tomorrow’s concluding day will be worth three points - Federer and Nadal took Europe’s overnight lead of 3-1 to 7-1 with respective wins over Querrey and Sock.

Krygios, overseen by the World’s non-playing captain John McEnroe - who was not averse to the odd rant himself in a stellar career - hit a flashpoint when he was a set down and serving at a crucial point in the second.

With the scores locked in games at 5-5, the 22-year-old Australian saved a break point before serving out the game with an ace - or so he thought.

But the umpire called it a let in a decision that left Kyrgios furious.

The world number 20 shook his head and walked towards the umpire.

Television cameras heard him question the decision, telling the official: "What? I'm about to lose my s**t if you call that a let."

The crowd let out whistles before the umpire told Kyrgios he was standing by his decision, telling him the net machine had made the decision by alerting him with a beep.

Kyrgios was unimpressed, retorting: "F**k the machine though" before picking up his towel and receiving a few calming words from McEnroe.

Kyrgios let off some steam by hitting a ball into the crowd but eventually held before winning 4-6, 7-6 and 10-6 on the tie-break.

Federer had begun the day by keeping Team Europe - who are being guided by Bjorn Borg - in control of the Cup with a 6-4, 6-2 victory over Querrey.

Nadal, who had lost in the doubles with Berdych on the opening evening, had a far harder job earning his two singles points for Europe as he finally came through 11-9 in the tie break against Sock after a 6-3, 3-6 scoreline.