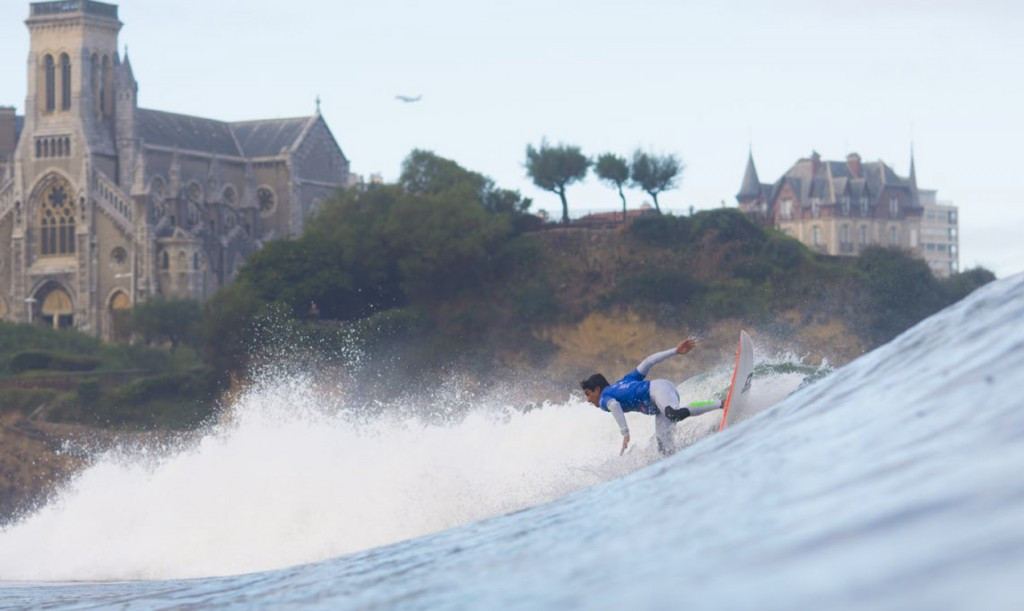 A total of 41 countries are taking part in the 2017 VISSLA International Surfing Association (ISA) World Junior Surfing Championship in Hyuga in Japan which is due to get underway tomorrow.

This breaks previous records for the competition.

Today, 306 of the world's best junior surfers paraded with their teams through the heart of Hyuga for the event's Opening Ceremony, an event featuring the ISA's signature "Sands of the World"  in which the young athletes poured sands from their local beaches into a clear container as a symbol of unity and peace among the nations.

The Ceremony marked the opening of the competition scheduled to start tomorrow at Okuragahama Beach.

Various local and regional dignitaries were in attendance at the event, including ISA President Fernando Aguerre, the Mayor of Hyuga, Kohei Toya, the Governor of Miyazaki Prefecture, Shunji Kono, the President of the Nippon Surfing Association, Atsushi Sakai and the chief operating officer of the Tokyo 2020 Olympic and Paralympic Games, Yukihiko Nunomura.

These Championships have added significance because surfing is due to make its Olympic debut at Tokyo 2020 and many of the youngsters featuring in this competition will hope to be back in Japan for the Games.

Okuragahama Beach is due to serve as a training base for a number of teams before Tokyo 2020.

"Welcome to all teams coming from all corners of the world to the VISSLA ISA World Junior Surfing Championship in the beautiful city of Hyuga," Aguerre said.

"I want to welcome some special teams competing for the first time in the event's history: Channel Islands, Chinese Taipei, Hong Kong, Fiji, and our newest and 103rd Member Nation, Samoa.

"This is the largest junior surfing competition in the world, and the only one where you compete not for money, but for the honour of representing your countries.

"Only four of you will go home with medals, but you all are winners for representing your country.

"I want to send our thoughts to our friends in Mexico and the Caribbean that have been affected by recent natural disasters, and to one of our own who competed in this event a year ago, Zander Venezia from Barbados, who recently departed this world while surfing a beautiful wave."

Aguerre added: "Thank you to Vissla and the organisers of the event for making this all possible, and I'd like to give a special thank you to the Miyazaki prefecture for opening their arms to surfing.

"For the first time ever surfing is an Olympic sport and in less than three years from now we will be surfing the Olympic wave in Tokyo."

Speaking to the visiting teams, Toya said: "I would like to express my appreciation to the ISA for choosing Hyuga as the host city of this World Championship.

"Surfing has been added to the Tokyo 2020 Olympic and Paralympic Games and I have no doubt that the participating athletes here aspire to become the Olympians.

"I wish you all to put on your best performance in Okuragahama beach, which is one of the best surf spots in Japan.

"The citizens of Hyuga welcome all of you to our coastal city.

The festivities will continue tomorrow with the Parade of Nations as each National Team marches through Hyuga.

A traditional Japanese "Hyottoko" dance will follow the national anthem.

The dual-podium format competition will start on Sunday morning at Okuragahama Beach in Hyuga with the Boys under-18 and under-16 divisions.

The official surfline forecast is calling for an increasing swell to provide waves in the two-to-four foot range with light wind throughout the day.

The Championship is due to last until October 1.