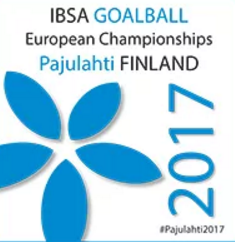 Pool B of the men's tournament produced high drama as all five teams finished on a tally of six points after each winning two matches and losing two.

It meant goal difference decided the four quarter finalists with Paralympic gold medallists Lithuania topping the pile on a record of plus seven.

They finished their group matches today at the Pajulahti Sports Institute in Nastola by beating Belgium 12-4 and losing to hosts Finland 11-7.

Sweden's goal difference of five has sent them through second after they saw off Belgium 6-2 today before losing 6-4 to Slovenia.

Belgium have gone through in third despite their double defeat, ending on a points difference of zero.

Finland, also 9-2 winners over Slovenia today, have also qualified in fourth on a points difference of minus three.

The heavy defeat was to cost the Slovenians as their points difference of minus nine has seen them go out.

In Pool A, Germany topped the pile despite losing their first match 9-6 to Ukraine.

They recovered to beat Britain 10-0 and finish on three victories and a defeat.

Ukraine and defending champions Turkey have gone through in second and third respectively on the same record.

They played each other with the latter winning 8-5, and Turkey then beat Czech Republic 9-3.

A sole victory for the Czech side was enough for them to qualify as Britain lost all of their games.

In the women's event, Russia ended with a 100 per cent record in Pool Y.

They topped the group after beating Greece 7-0 and Ukraine 6-2 today.

Greece also lost 6-1 to Finland today but their two wins overall saw them qualify in second, while sole victories were enough for Denmark and the hosts to advance in third and fourth respectively.

The two sides played out a 1-1 draw and Denmark also beat Ukraine, who have gone out, 2-1.

Turkey, the holders and Paralympic champions, won twice to finish on top of Pool X with three wins.

They beat Israel 6-5 and Britain 8-4 with both defeated nations also through.

Germany beat Sweden 4-3 to edge their opponents to the final qualification place.

In the last eight, Turkey will play Finland, Greece will meet Britain, Israel will play Denmark and Russia will meet Germany.