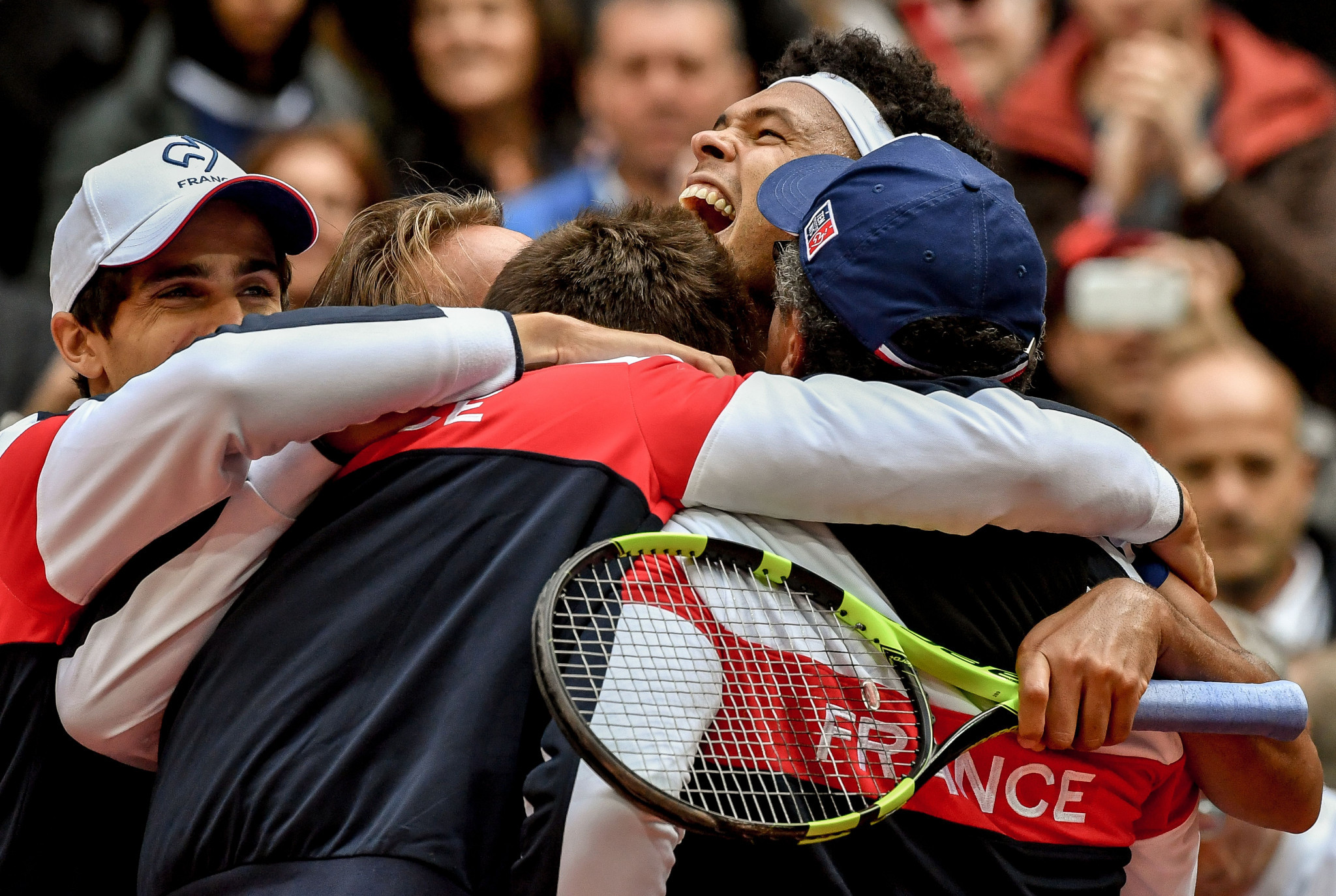 France and Belgium are through to the final of the 2017 Davis Cup after emerging from their respective semi-finals with victories today.

France led Serbia 2-1 overnight while Belgium trailed Australia by the same scoreline going into the third and final day of play, leaving both ties still in the balance.

The French team were the first through to the final as Jo-Wilfried Tsonga came from a set down to win the opening rubber at Lille's Pierre Mauroy Stadium.

Tsonga fell behind to Dusan Lajovic, who silenced the home crowd by winning the opening set 6-2.

Roared on by a boisterous home crowd, the Frenchman quickly restored parity by winning the second 6-2.

He then went on to book France's place in the final by taking the third in a tie-break and the fourth and decisive set 6-2, claiming his 20th singles victory in the Davis Cup and a 3-1 France win.

"I think my opponent did a great job, he was solid, he didn’t give me opportunities in the court, but I tried to make him play a little bit more and make it more physical.

"It’s a new opportunity to get the trophy, that’s it.

"We are just really happy."

Despite leading overnight, Australia were soon pegged back at Palais 12 in Brussels as Belgium's David Goffin claimed victory in the first singles match of the day.

Belgium's Steve Darcis then faced Jordan Thompson of Australia with the tie on the line and he did not disappoint for the hosts, easing to a 6-4, 7-5, 6-2 win to clinch Belgium's second final appearance in three years.

The 33-year-old took his Davis Cup record to 22 wins and nine defeats in singles play.

He has claimed the decisive victory in two of Belgium's three ties this year, also defeating Alexander Zverev to eliminate Germany in the first round.

Belgium have now won three consecutive ties against Australia and will look to overcome a 4-3 head-to-head deficit against France in the final.