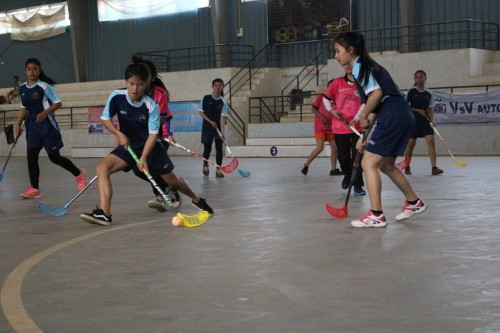 The International Floorball Federation (IFF) is working alongside a Finnish development organisation to grow the sport among vulnerable children in Laos.

Floorball, a type of floor hockey with five players and a goalkeeper in each team, forms part of the Fida missionary and the organisation has been working alongside the IFF to implement the sport in the Asian nation.

Fida works to improve the rights of vulnerable children and their projects impact the lives of approximately two million people each year.

"There has already been referee and coaching seminars in order to support the development of the sport," said Fida representative Päivi Jokivuori.

The rather inexpensive nature of floorball has been touted as one of the reasons behind the sport's growth in Southeast Asia.

So far, the IFF has donated goalkeeper kits and approximately 400 sticks for the children in Laos.

Floorball is now being played in an organised matter in youth centres and tens of schools.

"Floorball has also been played in Southeast Asian Games, which has grown into a remarkable sports event in Asia," added IFF secretary general John Liljelund.