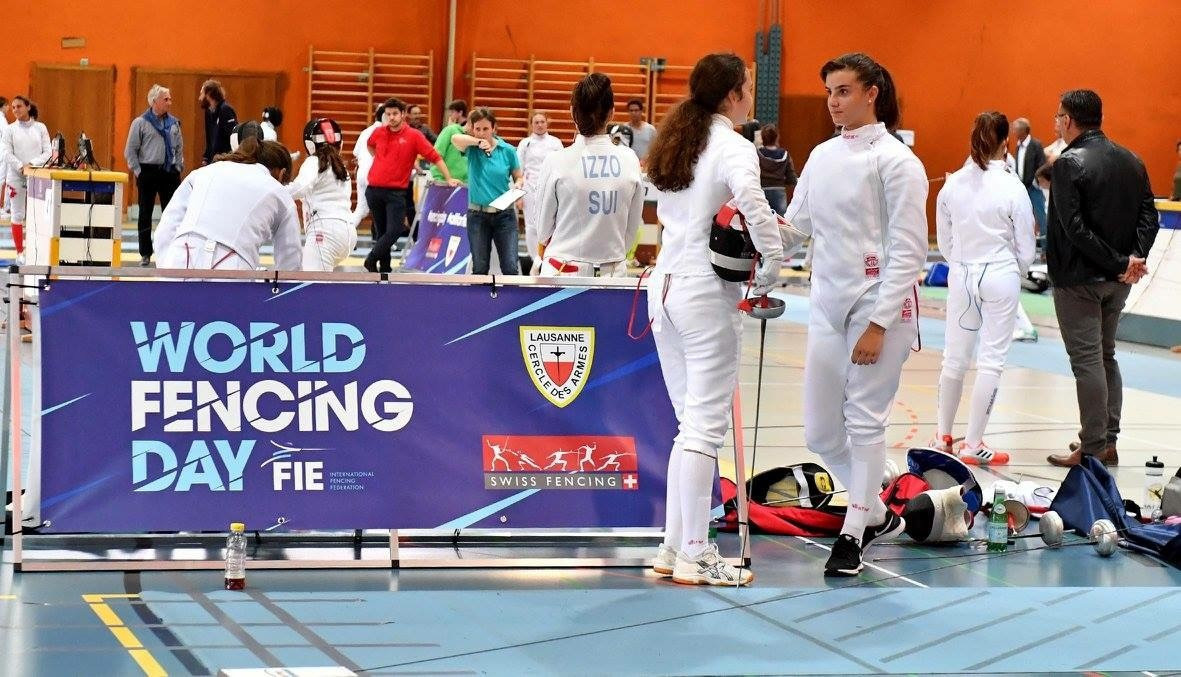 The International Fencing Federation's (FIE) World Fencing Day was celebrated in several countries under the theme of solidarity.

Events saw Olympians brought together with those who were holding a sword for the first time.

Nepal saw the national fencing federation put on a demonstration for children and young people in a popular Kathmandu shopping mall, while in Moscow, World Fencing Day was included as part of the annual Day of the City celebration, with many young fencers showing their skills.

In New Zealand, the Auckland Swords Club organised a fencing match at the Sky City Tower, 192 metres above the city.

At the Swiss Cadet National Championships, Swiss Fencing and the Fencing Club of Lausanne opened their doors to the public.

Several hundred Chinese children learnt fencing for the first time on a football field, with Hungarian Olympians sharing experiences and autographs with attendees in Budapest.

World medallists and Olympic fencers put on a show of dueling on the beaches of California.

In several countries, national fencing federations sent photos, videos, and stories of World Fencing Day to the FIE which were posted on social media.