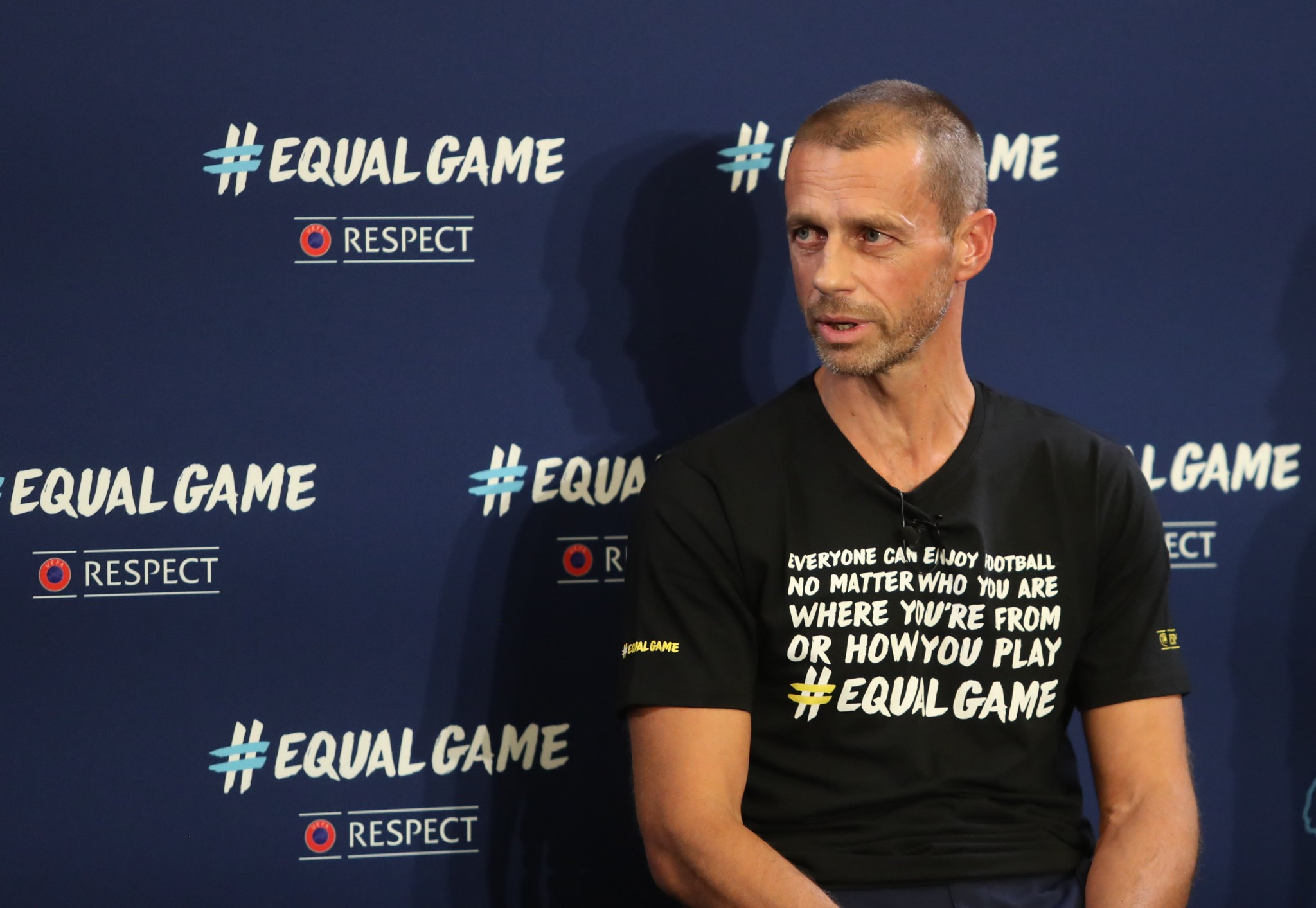 Some of football's top stars have joined up with amateur players from around Europe in advertisements for "EqualGame", UEFA's new respect and social responsibility campaign.

Extended versions will premier today and a TV spot will make its first appearance tomorrow alongside match-day one of this season's UEFA Champions League.

The television adverts will be broadcast throughout the 2017-2018 European club football season and across all major UEFA competitions.

This means a "zero-tolerance stance" on racism, sexism, homophobia or any form of discrimination.

"It is vitally important that UEFA makes football accessible for everyone and, through the power of sport, becomes a global leader to fight for social equality," said Čeferin.

"The new EqualGame initiative aims to help to bring the football community closer together and ensure that values such as inclusion, gender equality and the fight against discrimination continue to be at the forefront of UEFA’s vision and beliefs."

Pogba, the Manchester United and France midfielder, has been one of the most vocal supporters of EqualGame.

"I am really honoured because it's something that I can and want to do - to show the world that we're all equal and we just play football because we love it," he said.

"I think UEFA's EqualGame campaign is something that will help football in the whole world - it will send a message to everyone that we are all the same on the pitch wherever you come from.

"As players and fans, we all share the same love for football on the pitch.

"I hope fans will get inspired and spread the message."

Ronaldo, a forward for Real Madrid and Portugal, said he is supporting EqualGame because of his belief that football can be a force for good.

"I am grateful for everything football has given to me and my family, and this is why I want to give back to society as often as I can," he said.

"I see it as my responsibility, as a person and a footballer, to try to bring happiness to as many people as I can, on and off the pitch.

"I truly feel that football can be a force for good in people’s lives, no matter who they are, where they’re from or what their ability is.

"This is why I decided to support UEFA's EqualGame campaign, because it promotes that football is for everyone."

Messi, the Barcelona and Argentina forward, and Ronaldo are widely considered to be the best players in the world.

"During the course of my career, our beloved sport has taught me many things, but above all it has shown me that football really is a universal game that is accessible to all, regardless of ethnicity, age, gender, sexual orientation and religious beliefs," Messi said.

"The fact that football acts as a leveller in our society is a source of great pride to all of us involved in the game.

"Whilst everyone is different we're all united by a common passion for a sport that truly belongs to each and every one of us.

"I'm fully behind UEFA's EqualGame campaign because I believe in the immense power of the sport and its ability to change our outlook on the world."