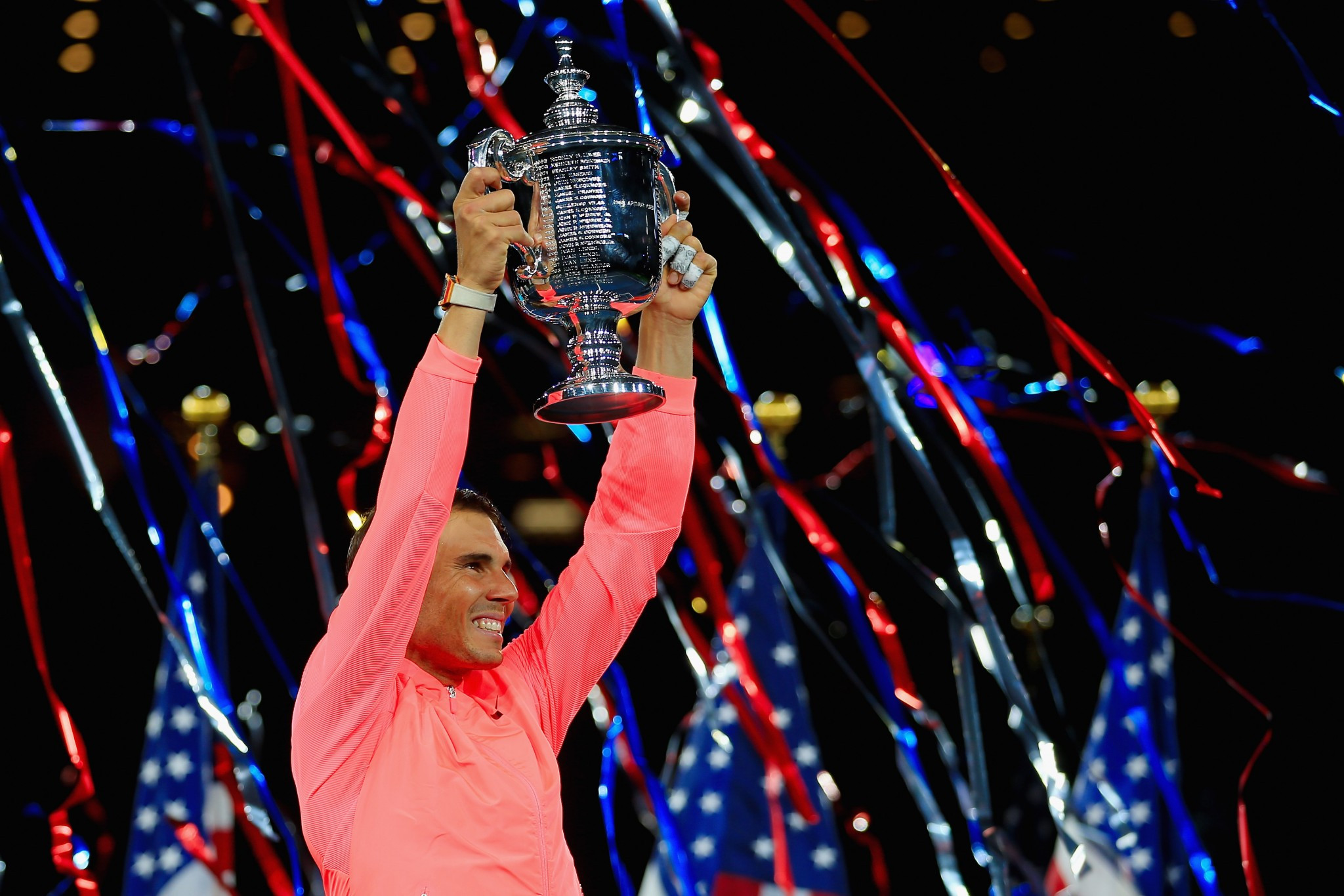 The 31-year-old has now won two of tennis' major tournaments in the same year for the first time since 2013, after he also won the French Open in Paris in June.

Nadal went into the final with a sensational head-to-head record against Anderson, and he dominated once again to claim his fifth win over the South African.

Victory means this year's major titles are now shared between Nadal, the French and US Opens, and Roger Federer, at the Australian Open and Wimbledon.

“It has been a very special two weeks for me, but congratulations to Kevin," said Nadal.

"He’s a great example to a lot of kids, had a lot of tough injuries.

"Personally, it’s unbelievable what’s happened to me after a couple of years of injuries, playing not so good.

"But I’ve been playing a high level of tennis and the crowd here brings me to a higher level of energy.”