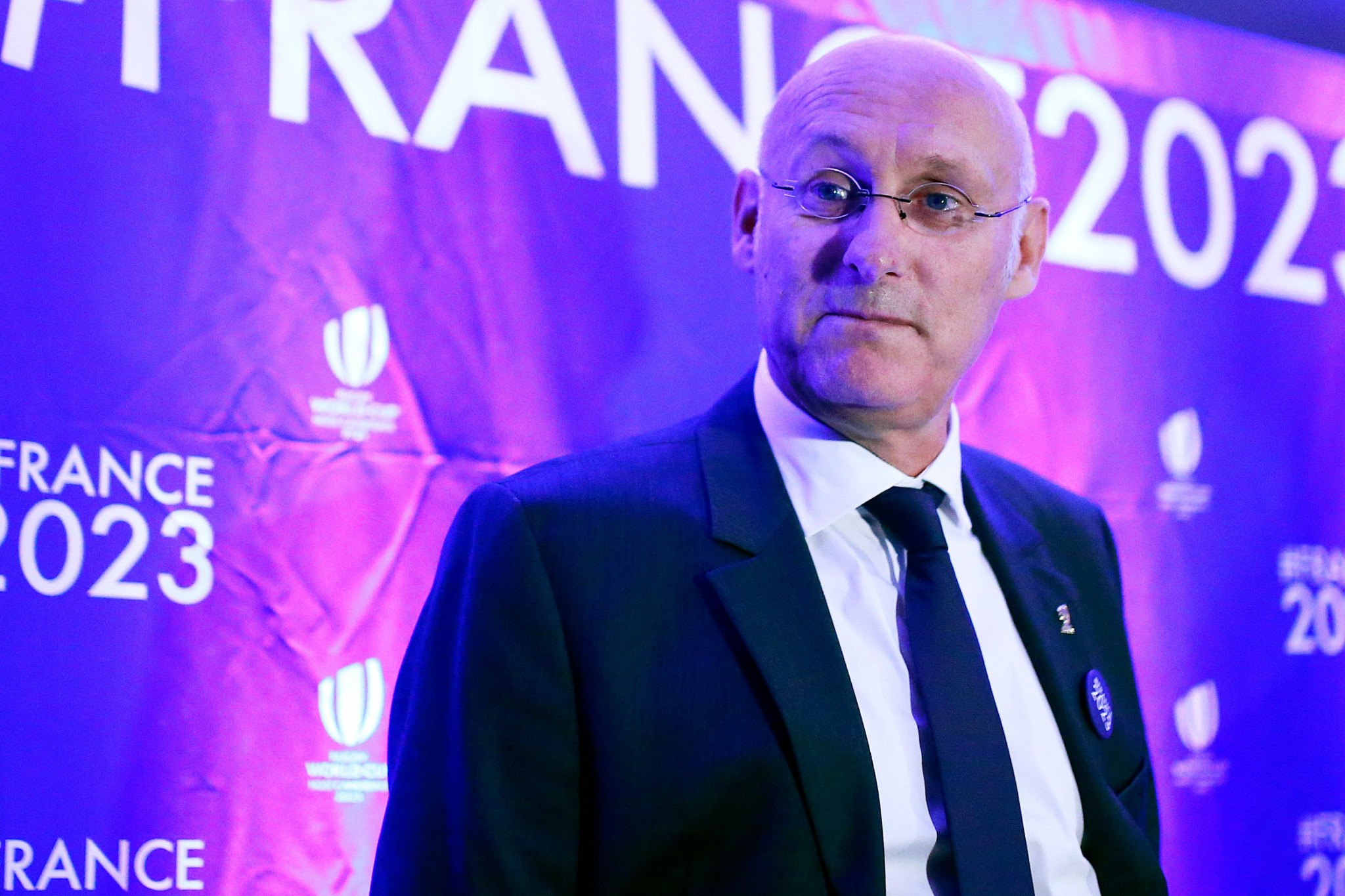 France’s final presentation this month as a bidder for the 2023 Rugby World Cup along with Ireland and South Africa – from which the French President Emmanuel Macron has withdrawn – could take place without the French rugby union (FFR) President, Bernard Laporte.

Laporte was summoned to a meeting with the French Sports Minister Laura Flessel following an internal FFR Board dispute over his part in the reduction of a fine imposed on the Montpellier club owned by Syrian-born billionaire Mohed Altrad, with whom he had a business relationship at the time.

Laporte’s BL Communication subsequently ended the business arrangement with Altrad but he was then called to Flessel’s office to account for his actions.

"My office has talked with him, he has submitted files, we are in full reflection," Flessel said.

"We expect further feedback and then we will have to decide."

She added that France’s 2023 Rugby World Cup bid would go ahead "with or without" Laporte’s involvement.

Ireland, France and South Africa are due to make their final presentations to World Rugby in London on September 25, and the host for the 2023 Rugby World Cup will be announced at the governing body’s Council meeting on November 15.

Macron initially indicated he would be happy to personally lead the presentation as one of five to speak on behalf of the French bid, but that arrangement was changed late last month due to a "clash in schedule.". 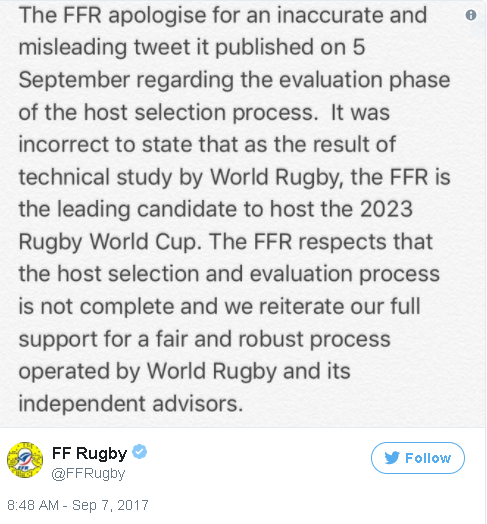 France’s bid hit more rough water when the FFR had to make a public apology by World Rugby in reference to comments made in a tweet in which it suggested that a technical study conducted by them had France ahead in the race to host the 2023 World Cup.

Montpellier were fined €70,000 (£64,000/$84,000) and given a one-match stadium ban for allowing fans to display banners protesting against the proposed merger between Racing 92 and Stade Francais in April.

The punishment was reduced the day after it was imposed in June to a €20,000 (£18,000/$24,000) fine after Laporte made a phone call to the relevant appeals board, from which seven members have subsequently resigned.

Laporte has rejected the allegations of misconduct, telling Le Parisien that he didn’t try to influence the FFR Board’s decision but telephoned Appeals Board chairman Jean-Daniel Simonet to offer "political perspective".