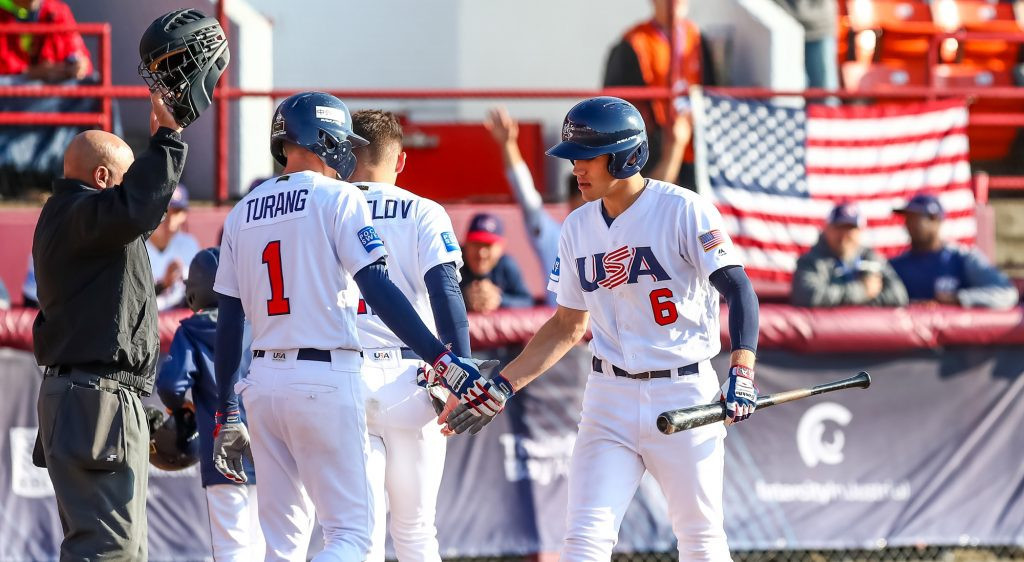 The United States will play South Korea in the final of the World Baseball Softball Confederation Under-18 World Cup in Thunder Bay as super round action concluded today.

The Americans won their 10th match in a row in Canada by beating Australia 9-0 at the Port Arthur Stadium.

A single score in the second innings gave the Americans the lead before five in the third put them very much in control.

Another single in the fifth extended their lead to 7-0 before two more in the eighth sealed victory.

The Americans ended South Korea's unbeaten record yesterday and are now one victory away from another tournament victory.

The tournament has been dominated in recent history by the US, who were winners at Seoul in 2012, Taichung in 2013 and, most recently, in Osaka two years ago.

South Korea go into the final with a record of four wins and a single defeat in the super round.

They claimed their place in the gold medal match with a 6-4 win over world number one-ranked nation Japan, who have endured somewhat of a frustrating campaign, at the Port Arthur Stadium.

The contest started with a flurry of runs in the early stages with South Korea taking a 3-0 lead after the first innings and emerging from the second 5-3 in front.

The remainder of the match proved rather nervy with neither side able to significantly add to the scoreline.

South Korea scored a single in the fourth and managed to hold on for victory, despite Japan adding one of their own in the sixth.

Japan and hosts Canada will meet in the bronze medal match tomorrow, scheduled to take place before the final.