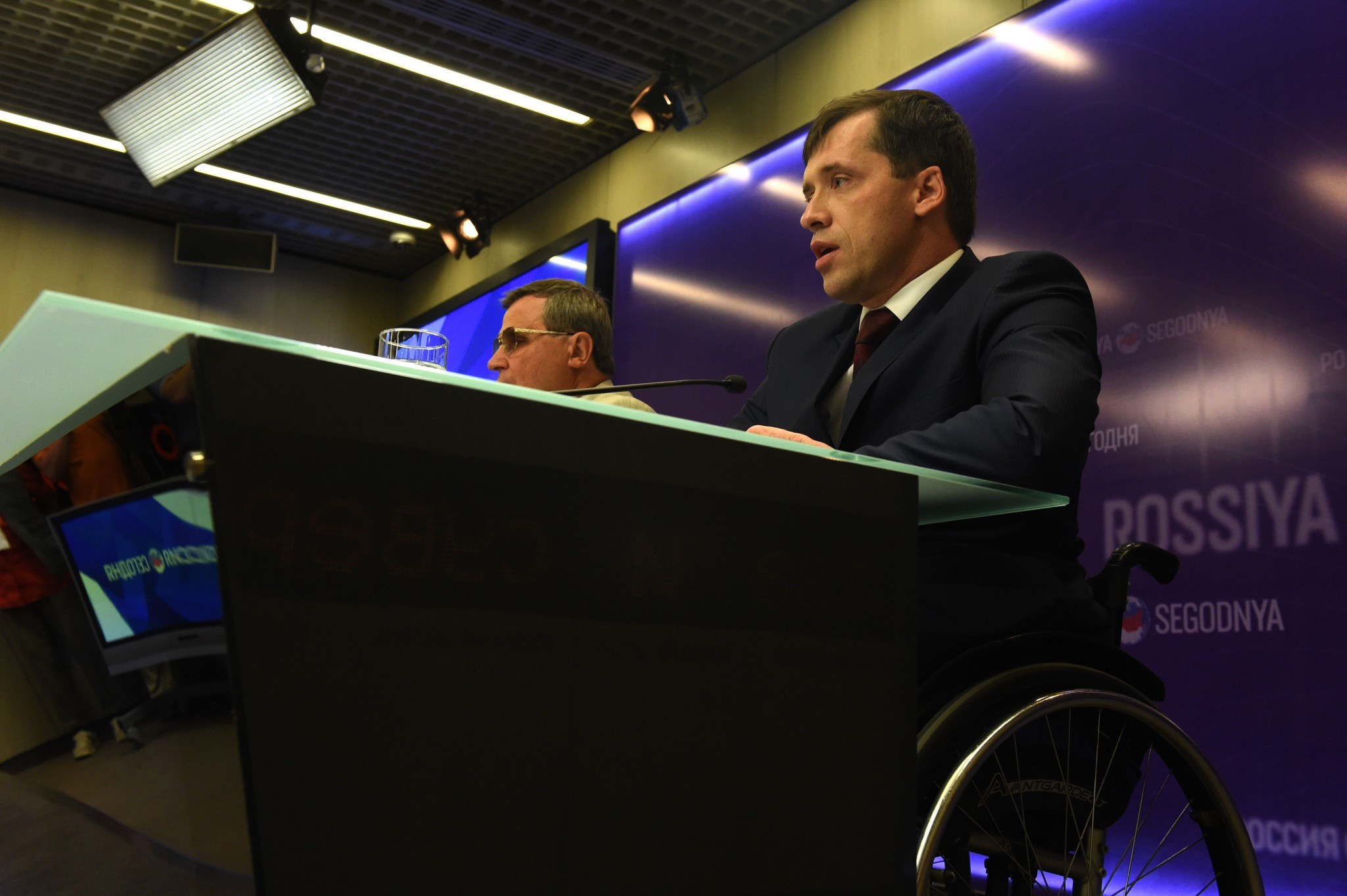 Terentiev was speaking here following the IPC Governing Board elections, which saw Brazil’s Andrew Parsons appointed to the position of President that Sir Philip Craven has vacated after 16 years at the helm.

The IPC confirmed on Wednesday (September 6) that the RPC will remain suspended until at least the next meeting of the IPC Taskforce responsible for monitoring the nation's progress in meeting reinstatement criteria, scheduled for November.

A limited interim measure has put in place, however, for Russian athletes to compete as neutrals in Pyeongchang 2018 qualification events in four sports - Alpine skiing, biathlon, cross-country skiing and snowboard, subject to meeting certain published conditions.

In an update to the now former IPC Governing Board on Sunday (September 3), the IPC Taskforce highlighted that seven key measures still need to be met before it is able to recommend the reinstatement of the RPC.

Sir Philip said, though, that "both the IPC Governing Board and IPC Taskforce are impressed and encouraged at the significant progress the RPC has made in meeting the reinstatement criteria" since the ban was last maintained in May.

Terentiev, a multiple medal winner at the Paralympic Games in biathlon and cross-country skiing, says the RPC is keen to continue the same momentum going forward.

"We, the Paralympic Committee, want our sportspeople to compete under the Russian flag," he told insidethegames.

"We want to cooperate with the new President and Governing Board.

"We want a good result regarding the Russian situation."

Among the seven key measures that still need to be met by the RPC is the finalisation of its Anti-Doping Rules, to be approved by the Taskforce, and the approval of the governing body's constitution by the IPC membership department.

With the WADA Foundation Board due to consider the position of RUSADA in Seoul on November 16, and within that the Russian authorities' official response to the findings made by Canadian lawyer Richard McLaren, the IPC Taskforce intends to review the situation and update the IPC Governing Board shortly thereafter.

Asked whether neutral Russian athletes that qualify for Pyeongchang 2018 would still be able to compete if the RPC suspension remains in place come the time of the Games, due to take place from March 9 to 18, Sir Philip said that would be a decision for the newly-elected Governing Board.

Asked about the situation with Russia in his first press conference as IPC President, Parsons insisted it is "very clear".

"We took the decision in the last IPC Governing Board meeting of giving them some flexibility for participating in the qualification events for Pyeongchang," he said.

"But they still have some steps to go and we have an important milestone, which is the WADA Foundation Board meeting in November.

"Then the IPC Taskforce will meet again."