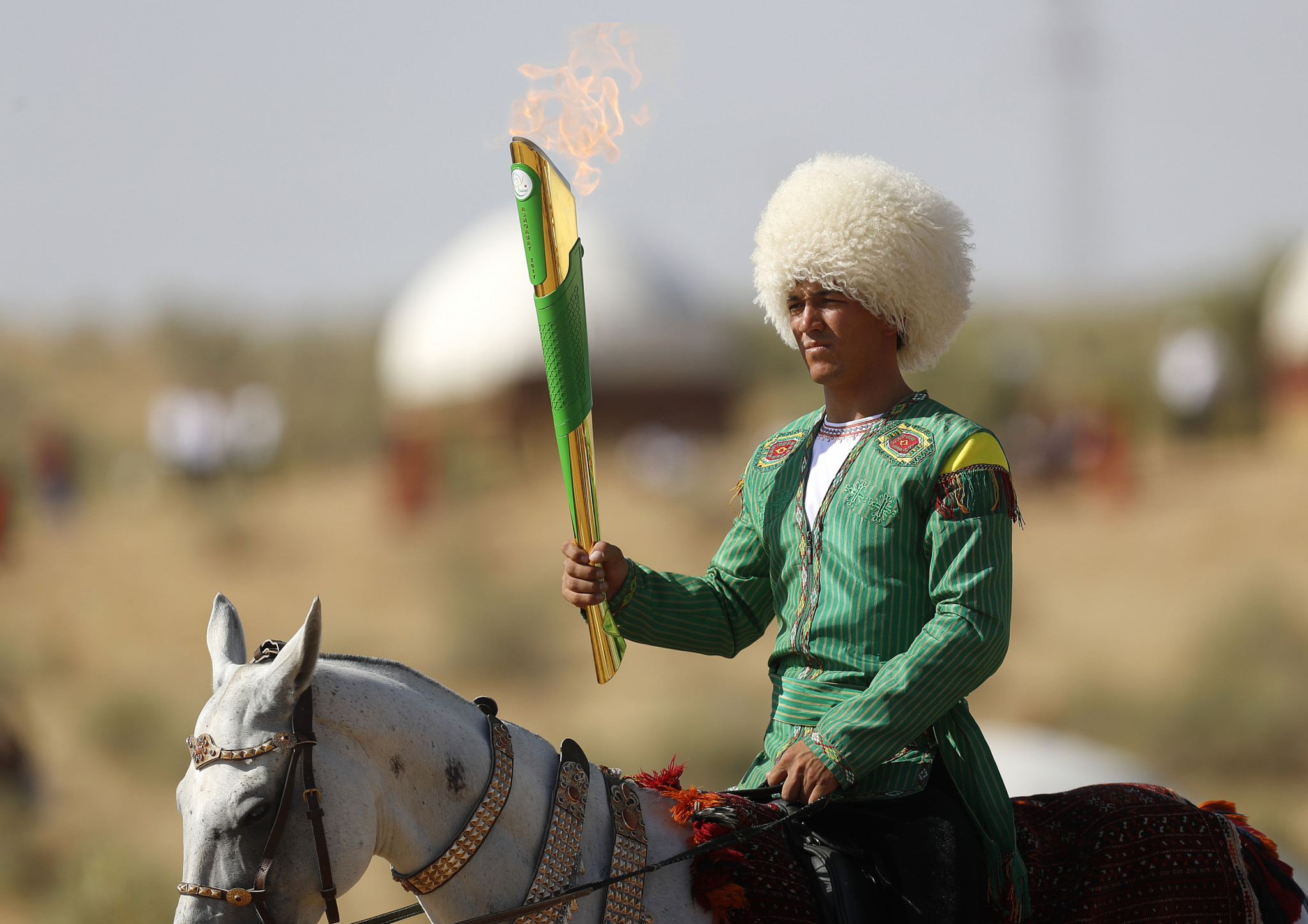 Thousands of people gathered in Mary in Turkmenistan for the Torch lighting ceremony for the Ashgabat 2017 Asian Indoor and Martial Arts Games (AIMAG).

The Torch was lit in a "cultural extravaganza" in the Karakum desert, about 30 kilometres outside of the oasis city which is located on the former Silk Route, at one of the biggest gas reserves in the world.

The ceremony was held in a lively "wedding-style" atmosphere, rich in Turkmen culture.

More then 4,000 Mary residents, including singers, dancers, athletes and elders, took part in the festivities.

The ceremony, a "walkabout" through Turkmenistan's way of life, showed snapshots of the country's long history as it prepares to welcome the world to Ashgabat 2017.

Displayed along the route was artwork and a variety of handmade items including jewellery and clothing.

These depicted the life and traditions in the region, and displays of the 21 sports that will be held at the Games.

Yurts - traditional tents used by nomadic dwellers of the steppes - were visible for as "far as the eye could see" for an event seen as the final landmark before the Games open on September 17.

The ceremony was based around the historical figure of Oguz Han, one of the founders of the Turkmen state.

The lighting of the Torch took on a "fairytale feel" as a horseman shot an arrow into the sky which started a fire when it landed.

The Torch was was then lit by those flames.

Turkmenistan's President Gurbanguly Berdimuhamedov, who appeared live via a two-way video link from Ashgabat where he was welcoming the Turkmen team to the Athletes' Village, gave his blessing to the opening of the Games.

The President said the country was ready to give the more than 6,000 athletes and officials from 65 delegations in Asia and Oceania a "very warm Turkmen welcome".

Dayanch Gulgeldiyev, the chairman of the fifth AIMAG Executive Committee, also gave his nod to the landmark occasion.

"It's been a wonderful day," he said.

"A day that sets us up perfectly for the final countdown towards the Opening Ceremony in less the 10 days time.

"We are ready to welcome the world."

Following the lighting of the Torch, the traditional Turkmen "happiness dance" broke out to the delight of the crowd.

Alamurat, a descendant of Oguz Han, said he enjoyed the occasion.

"We've been preparing for this for a whole year," he said.

"Thanks to our President."

As the ceremony came to a close, the horsemen rode off into the desert as the Torch began to make its journey to Ashgabat.