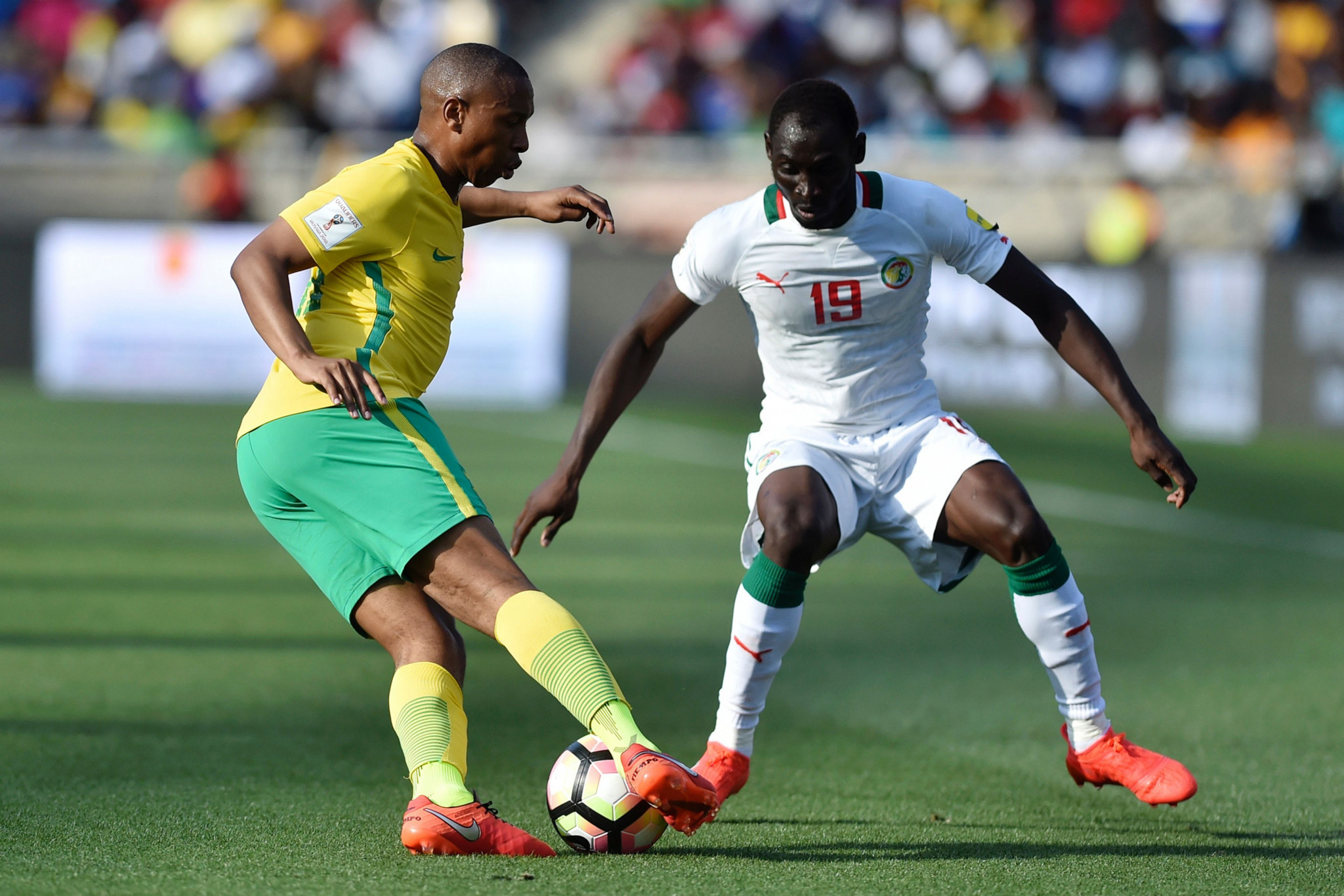 The South African Football Association (SAFA) may launch an appeal after FIFA ordered their World Cup qualifier with Senegal to be replayed.

Lamptey, from Ghana, took charge of the original match which South Africa won 2-1 in Polokwane on November 12.

FIFA found him guilty of unlawfully influencing match results and imposed a life ban in March.

This has now been upheld by the Court of Arbitration for Sport with the rearranged game due to be confirmed for a date in November.

The match will be replayed despite no suggestion of South Africa or Senegal breaking any rules.

It is a decision which has huge implications for the four teams in Group D of African qualifying for the 2018 World Cup in Russia.

South Africa are now bottom with just a single point from three matches after the three points they earned for their 2-1 win were taken away.

Senegal sit third on five points but would go top, above Cape Verde and current leaders Burkina Faso, should they win the re-arranged fixture.

Both of the top two currently have six points with only the group winners earning a spot in Russia.

"We're grappling for answers and asking FIFA for them before we decide whether to take the matter forward," said SAFA lawyer Norman Arendse to the BBC.

"SAFA cannot accept [the game was manipulated] because we have got absolutely no details of the alleged manipulation, what the nature of it was and what it all involved.

"Is [the referee] just a corrupt individual?

"Was he bribed by a third party outside of the match to influence the outcome?

"That is the most unpalatable thing for us - to accept an outcome to which we should have been party.

"We've never ever been called upon to put our side of the story in relation to the game."

Both of South Africa's goals against Senegal were controversial.

Thulani Hlatshwayo netted a penalty to give the hosts the lead after a contentious handball in the area.

Senegalese players vehemently protested the decision and video footage of the incident clearly showed the ball hitting Kalidou Koulibaly on the knee.

Thulani Serero added the second after a quickly taken free-kick when the Senegalese players had been ordered to retreat.

When announcing the replaying of the match, FIFA said they had a "zero tolerance" policy on match manipulation.

"As a result, FIFA will continue with its ongoing efforts to combat match manipulation through a variety of initiatives, which include the monitoring of international betting and a confidential reporting system with a dedicated integrity hotline and e-mail address," the governing body said.

After the original match he was initially banned for three months by the Confederation of African Football.

It meant he missed out on refereeing at the Africa Cup of Nations in Gabon in January.

South Africa was also at the centre of a match-fixing scandal in 2010.

FIFA confirmed the sanctions were "related to international friendly matches played in South Africa in 2010".

The matches in question, against Thailand, Bulgaria, Colombia and Guatemala, all took place before South Africa played host to the 2010 World Cup, the first time FIFA’s quadrennial showpiece had ever been held on the continent.