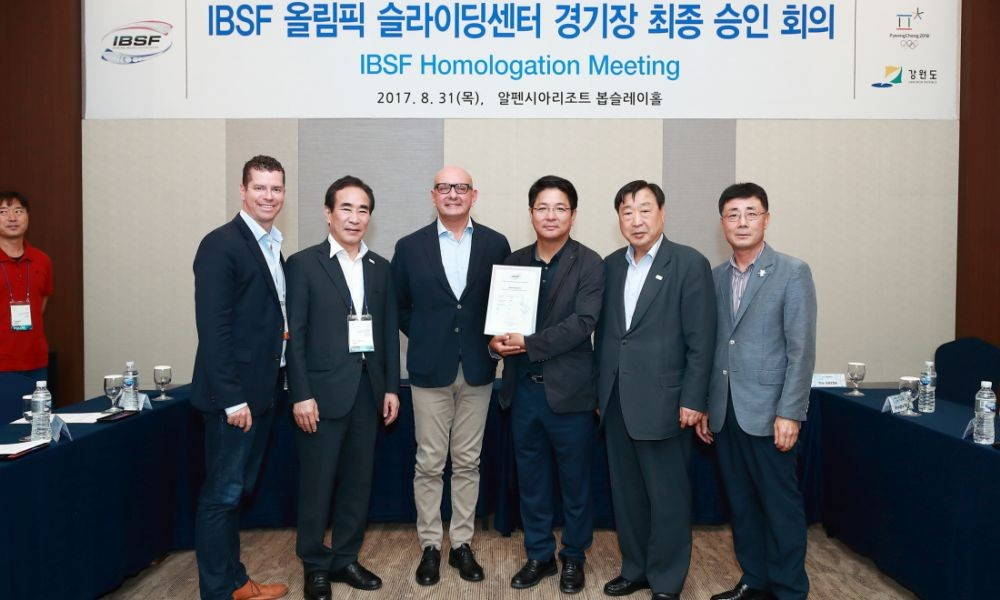 The International Bobsleigh and Skeleton Federation (IBSF) testing process of the Alpensia Sliding Centre has been successfully completed with five months remaining until Pyeongchang 2018.

The homologation procedure is coordinated by Pyeongchang 2018, the relevant International Federation and the International Olympic Committee (IOC).

During the recent IOC Coordination Commission visit to Pyeongchang, IBSF President Ivo Ferriani took the opportunity to carry out the last inspection on the venue.

Afterwards, during an official ceremony, the IBSF homologation certificate was handed over to Pyeongchang 2018 President Lee Hee-beom in front of IOC Sports Director Kit McConnell.

Test runs at the Pyeongchang 2018 sliding venue were "successfully executed" in October 2016 by the IBSF and the International Luge Federation (FIL).

A total of 51 athletes from the two disciplines travelled to conduct testing at the Alpensia Sliding Centre.

Delegations from the IBSF and FIL had already visited the venue in March 2016 but could not carry out proper tests as there was not enough ice on the upper section of the course.

It forced the IBSF and the FIL to undertake a second attempt at testing but the venue was later praised by the governing bodies.

The Winter Olympic Games will open on February 9 and will run until February 25.