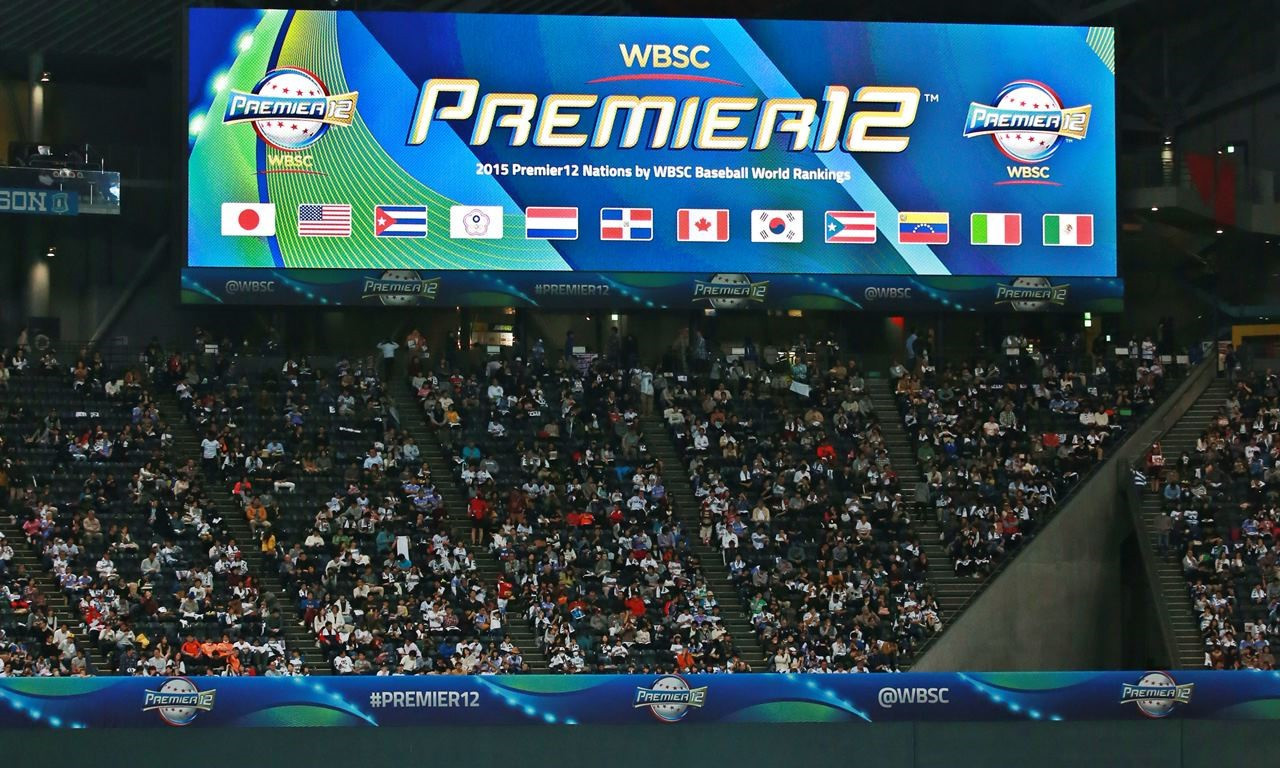 NPB has been awarded the hosting rights for the super round and finals of WBSC's top-tier national team global championship, featuring the top 12 countries in the WBSC world rankings, which will also serve as the first chance for them to qualify directly for the 2020 Olympic baseball tournament in Tokyo.

The planned Premier12 venues in Japan are the 30,000-seat Chiba Marine Stadium and the 45,000-seat Tokyo Dome.

These were on the importance for all baseball stakeholders of having a "collective vision" for the sport's future global development.

The WBSC is currently in final discussions with prospective co-hosts from several nations for the opening round of the tournament.

At the 2015 tournament, the NPB hosted the first-ever Premier12 game at the Sapporo Dome, before hosting the semi-finals and finals at the Tokyo Dome.

South Korea beat the United States 8-0 in the final.

"WBSC is excited to partner again with Nippon Professional Baseball on the staging of the WBSC Premier12, incorporating the exciting best v best super round into the tournament format for the first time," said Fraccari.

"NPB is one of the world's top sports leagues and was a major reason behind the enormous success of the inaugural Premier12.

"With this expanded partnership between WBSC and NPB, and the road to Tokyo 2020, the next edition of the Premier12 promises to be one of the biggest international sports events on the 2019 calendar."

The top 12 nations in the WBSC Baseball World Rankings at the end of 2018 will qualify for the Premier12, which was held for the first time in Japan and Chinese Taipei in November 2015.

"I would like to express my gratitude to President Fraccari and to all the people concerned of awarding this opportunity to host the second edition of the WBSC Premier12 in Tokyo," said Kumazaki.

"Not only as the qualification for the Tokyo 2020 Olympic baseball tournament but also for the Samurai Japan National Team, the next edition of the Premier12 is sure to have special significance heading toward Tokyo 2020.

"It is my sincere hope the Premier12 in 2019 will be a wonderful international sports event to inspire many people with dreams and provide excitement."

Fraccari added; "I thank Commissioner Kumazaki and NPB for their shared vision and determination to globalise our sport and make it 'Olympic' over the long-term in our mission to build a billion-strong baseball-softball community by 2024,"