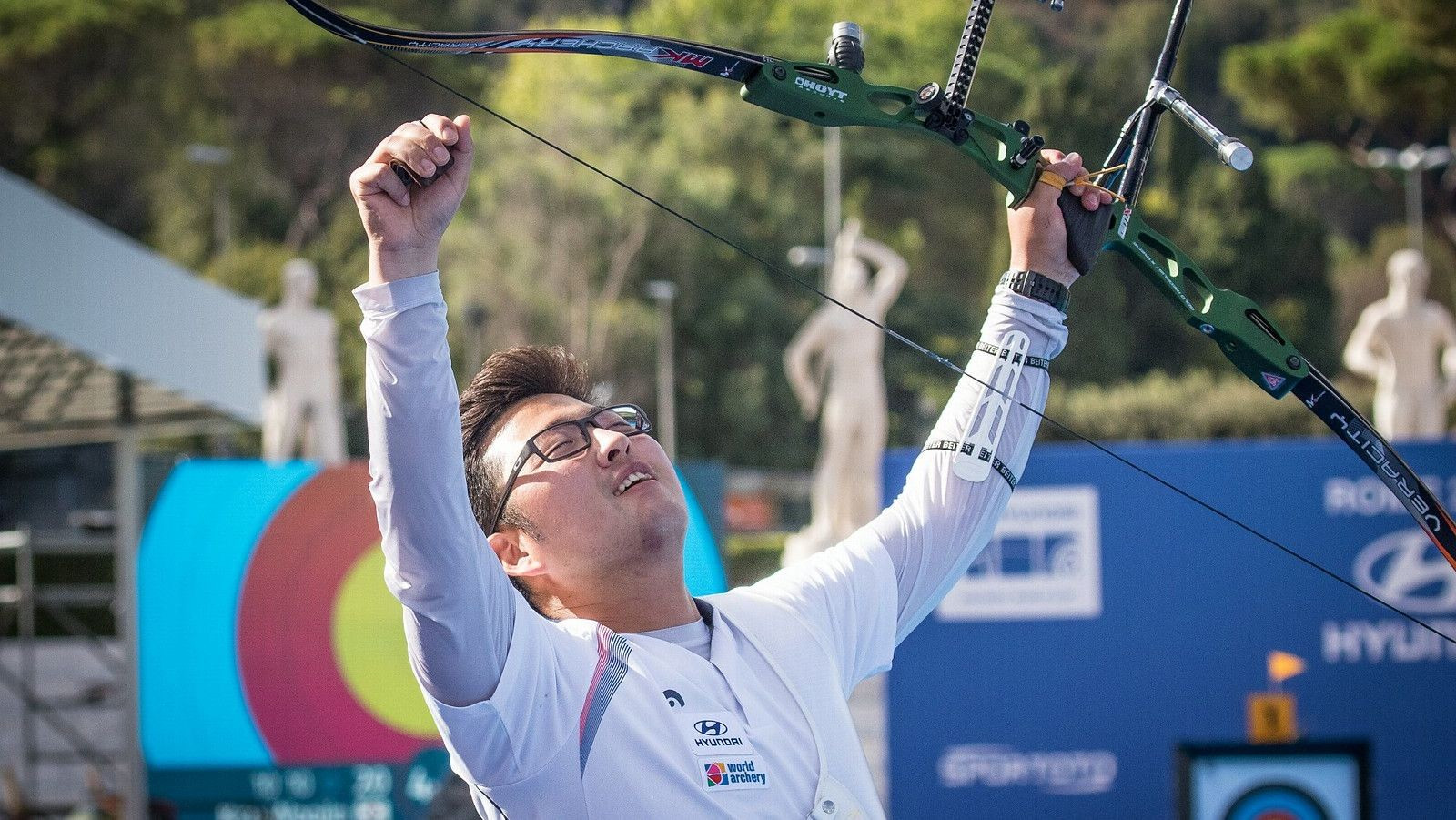 South Korea swept the honours in the recurve events at the Archery World Cup Final in Rome today as their male and female world champions Kim Woojin and Ki Bo Bai won their respective singles events.

Rio 2016 champion Chang Hye Jin also combined with Kim to win the mixed team title with the Olympic bow in the Italian capital.

Kim, the top seed, earned a straight sets win over four-time World Cup Final winner Brady Ellison of the United States, shooting sets of 29, 29 and 30 points against his opponent's trio of 27s.

"Since I was shooting against Brady Ellison I was nervous, but in the end I think that nervousness helped me," the 25-year-old said after his second World Cup Final win - his first being in Tokyo in 2012.

"I was able to focus more and shoot better.

"It’s been a while since I had an opportunity to shoot in a World Cup Final and as soon as I shot that [last] arrow, it felt electrifying."

After an impressive semi-final match in which he averaged 9.73 points per arrow to beat the South Korean Olympic champion of 2004 and 2008, Im Dong Hyun, Ellison found his form drifting just a little.

"I felt good shooting that last match, I shot high and I shot left," he said.

"I'm still happy with the performance, just a little bummed that I didn't hit how I felt."

Im beat Steve Wijler of The Netherlands in straight sets in the bronze medal match.

London 2012 champion Ki successfully defended her World Cup Final title to become champion in this event for a third time.

"I'm getting married in November," the 29-year-old winner revealed.

"My fiance and his mother came here to cheer me on for this important tournament."

While the final was relatively straightforward for Ki, she had a struggle in her opening match against Alejandra Valencia, which went to a shoot-off.

The Korean finished with a 10 and her Mexican opponent could only manage a nine.

"The first match was really difficult, in front of a big audience like this," said Ki.

"The wind was blowing from the back, and it was very difficult to control.

"My coach was just saying, 'keep calm and peaceful and just shoot your arrows.'"

The semi-final involved a showdown with the current Olympic champion, Chang, and after the score had reached 4-4 Ki edged past her compatriot by 28-27 in the last set.

Chang then beat Tan Ya-Tig of Chinese Taipei for the bronze.