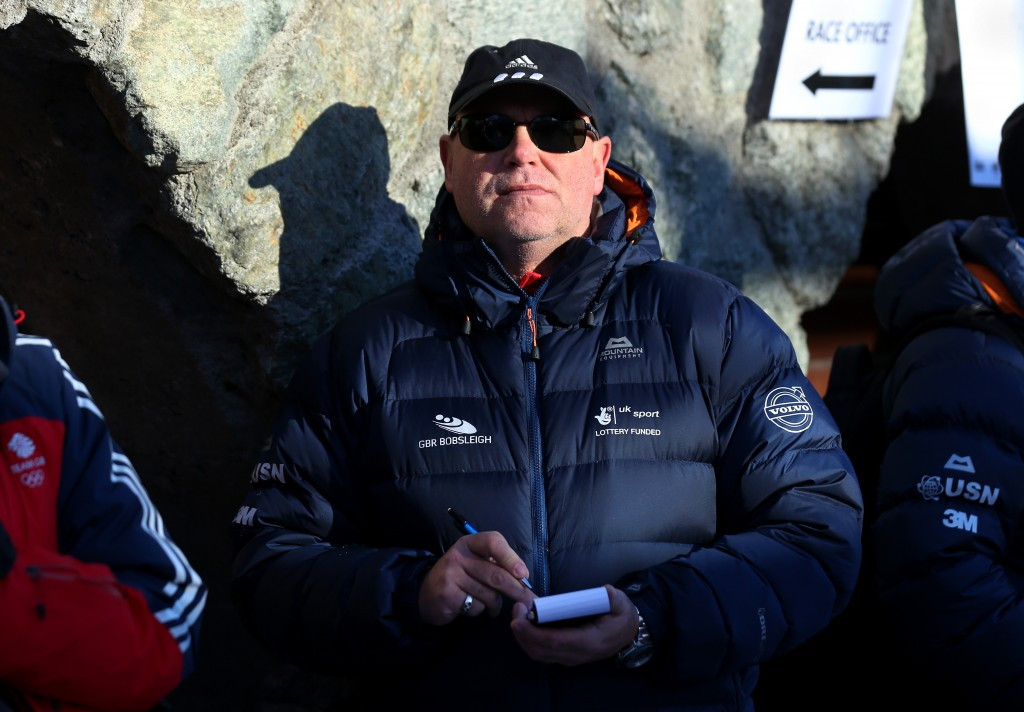 British Bobsleigh and Skeleton Association (BBSA) performance director Gary Anderson will not be returning to the programme following his time away for personal reasons, the organisation has announced.

Anderson, who took a step back from some of his wider duties in mid-July, has decided that he needs to devote more time to his family and to his health.

He leaves the governing body just five months before the Pyeongchang 2018 Winter Olympics in South Korea.

During his near eight-year tenure as performance director, Anderson has overseen a transformation in the fortunes of the team.

The four-man crew finished fifth at the 2014 Winter Olympics in Sochi, just 0.11 seconds away from a bronze medal.

There were also fifth-place finishes at the 2013 and 2015 World Championships in St Moritz and Winterberg respectively, before Bruce Tasker and Joel Fearon secured the country's best World Championship two-man result in 50 years with a fourth-place position at Igls, Austria, 18 months ago.

Britain's women were crowned as junior world champions under his guidance in both 2011 and 2017, with other notable performances including John Jackson's World Cup four-man silver medal in 2013.

This was Britain's first World Cup medal since 1997 - with Jackson then piloting a crew to European Championship silver the following season.

Anderson joined the BBSA in 2010 after being heavily involved in football, athletics and judo.

"I feel very proud of what has been achieved over the past eight years and of the work that has been done to set up our athletes for success at the Pyeongchang Olympics in 2018," he said.

"Over the past six months, I have had to deal with some health and personal issues that need further attention and it is important that I prioritise these.

"Nearly eight years in post is a long time for a performance director of a winter sport that travels extensively and I am immensely proud of the progress the sport has made in that time.

"There are so many highlights, including the sight of three Union flags being flown in St Moritz as our junior squads swept the board in 2016, but the performance of the four-man crew at the 2014 Olympic Games and the two-man team at the 2016 World Championships are stand-outs for me.

"Looking forward to Pyeongchang, I know that this current squad of athletes can deliver an Olympic medal.

"I now look forward to being Team GB's number one fan in February 2018."

"Gary's achievements in the sport are remarkable and there is no doubt that he leaves the programme in a stronger position than when he joined it in 2010," he said.

"His efforts and expertise have helped Great Britain become a substantial player on the international circuit and have created a structure capable of winning medals at the highest level for many years to come."

The BBSA will announce its future staffing structure at a later date.

Chris Price, who joined as strategic advisor on a short-term basis at the beginning of August following Anderson's initial departure, will continue in his current role in the meantime.