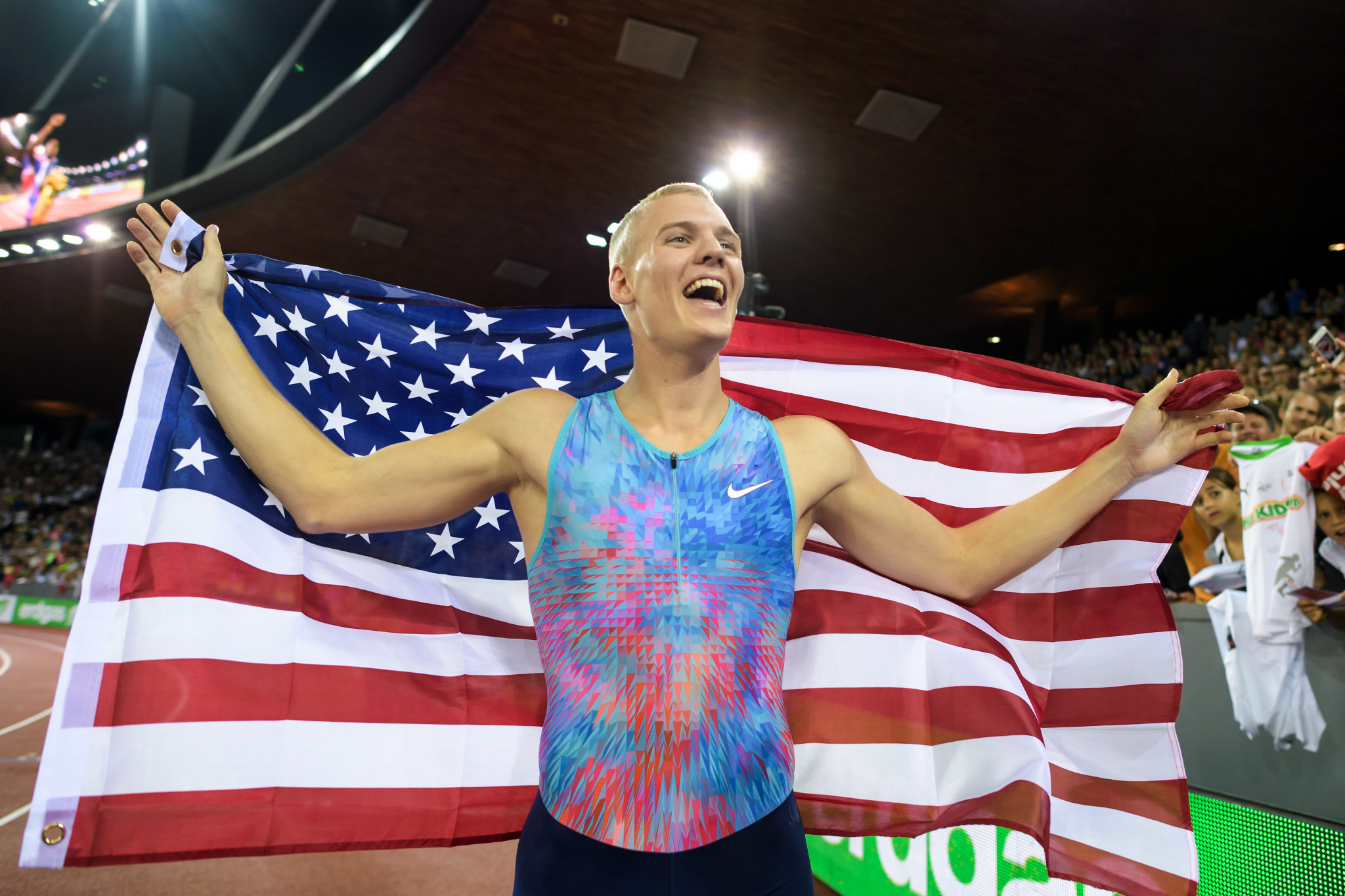 The United States Olympic Committee (USOC) has announced the finalists for the Team USA Awards for August, recognising the outstanding achievements of American athletes.

Fans are invited to vote for their favorite athletes online between now and midnight tomorrow.

A total of seven sports - diving, equestrian, athletics, Para-athletics, softball, swimming and wrestling - are represented among the 13 finalists in the men's, women's and team categories.

Each of the finalists automatically qualify for consideration for the 2017 Team USA Awards, due to be held on November 29 in Los Angeles.

Entrants for male athlete of the month include diver David Dinsmore, who claimed the silver medal at his Summer Universiade debut in Taipei, posting three dives of 82.50 points or more in the final.

Track and field nominee Sam Kendricks became the first American since 2007 to win the International Association of Athletics Federations (IAAF) World Championship gold medal in men's pole vault when he triumphed in London.

Isaiah Rigo, nominated in Para-athletics, swept the T53 to T54 100, 200 and 400 metres events at the World Para Athletics Junior Championships in Notwill.

His time would have been fast enough to win a medal at the Senior World Championships in London in July.

Swimmer Andrew Wilson set a meet record in the 200m breaststroke, earning three gold medals at the Universiade with additional wins in the 100m breaststroke and 400m medley relay.

Female nominees include Emma Coburn, the first American woman to ever win the 3,000m steeplechase at the IAAF World Championships in London.

Para-athlete Hannah Dederick won five medals - including four golds - at the World Para Athletics Junior Championships, recording a 100m time that would have placed her in the top-five at the 2017 Senior World Championships.

Swimmer Ella Eastin won three medals at the Universiade, including gold in the women's 200m butterfly with a personal-best time.

Wrestler Helen Maroulis won the women's 58kg at the UWW Championships, winning all five of her matches by technical fall and outscoring opponents, 52-0, for her second straight world title.

In softball, Haylie McCleney led the US to the gold medal at the Pan American Championship.

The team category sees the American show jumping team nominated after their gold at the International Equestrian Federation Nations Cup in Dublin.

They became the first all-female team from any country to win a Nations Cup event.

The women's athletics 4x400m relay team are also nominated after they set the largest margin of victory ever at an  IAAF World Championships.