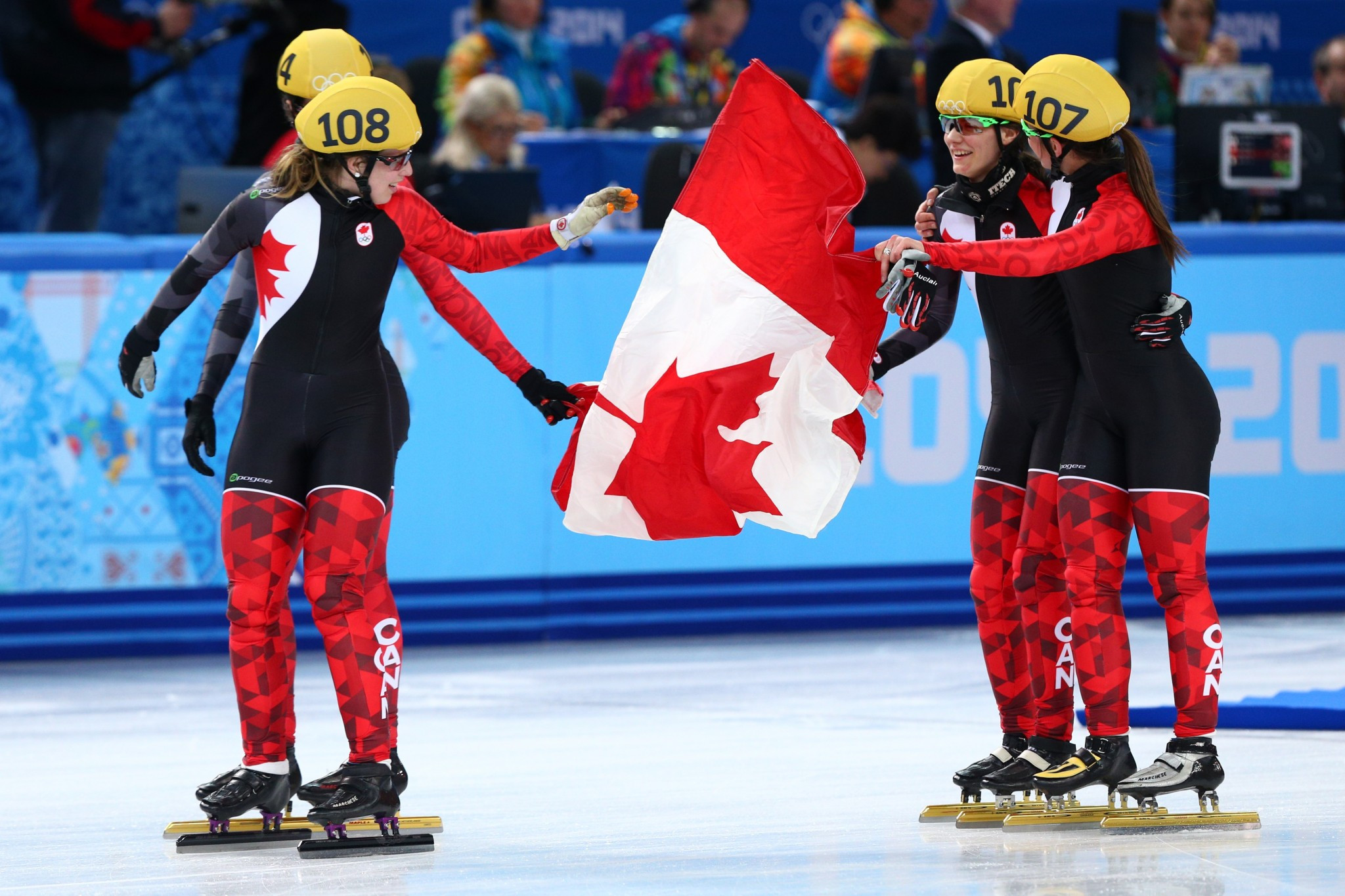 On the women’s side, Kim Boutin, Jamie Macdonald and Kasandra Bradette were the first three to be nominated to their first Games based on the overall selections standings.

On the men's side, Samuel Girard, Charles Hamelin and Charle Cournoyer were the first three to be nominated following selections.

Girard, who also qualified for his first Games, won seven of the nine races to finish first in the standings.

The final positions were granted to François Hamelin and Marianne St-Gelais following an examination of bye requests, while Pascal Dion and Valérie Maltais were awarded spots as discretionary choices.

Frédéric Blackburn and Derrick Campbell were named head coaches of the women’s and men’s teams respectively.

Pyeongchang 2018 quota places are earned based on the three best results out of four over the respective distances at an ISU World Cup competition.

The first ISU Short Track World Cup will be held from September 28 to October 1 in Budapest, Hungary.

Speed Skating Canada's final team roster and their respective individual events will be announced in December or January.

Short track speed skating is Canada’s second-most successful sport at the Olympic Winter Games, with 28 medals won since its official debut at Albertville 1992.

Commenting on the selection, Canada's Minister of Sport and Persons with Disabilities, Kent Hehr, said: "I am pleased to hear that the short track speed skating team has been announced as Team Canada's first athletes for the 2018 Olympic Winter Games.

"These athletes have trained and competed relentlessly for years to earn a chance to represent Canada at the world's largest sporting event.

"I know the team will be great Canadian ambassadors and will make us all proud, while showing the world that Canadian athletes are a force to be reckoned with.

"These athletes will have 36 million loud and proud supporters cheering them on back home as they look to land atop the podium."

St-Gelais said that being named to the team is "a giant step towards what will be my final skate on Olympic ice".

"We will be tough opponents, believe me," she added.