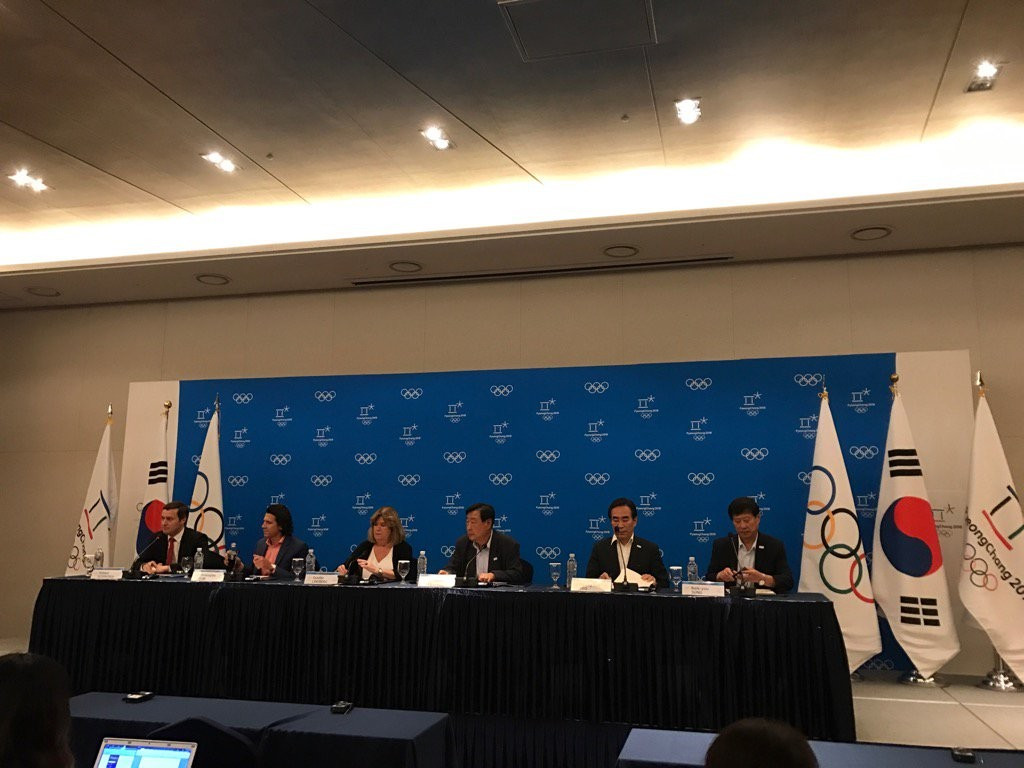 United States President Donald Trump is among world leaders the International Olympic Committee (IOC) and Pyeongchang 2018 have contacted to try to reassure that tensions with North Korea should not stop people attending next year's Winter Olympic and Paralympic Games, they revealed here today.

There is widespread concern that people are deciding against travelling to South Korea next year following recent instability.

The IOC admit they are "monitoring the situation very closely" but "for the moment...don't see any security risk for the Games here".

They added that their President Thomas Bach has been in contact with Heads of State, including Trump, to discuss the issue.

At present, it does not appear that there is any "plan B" to shift the event elsewhere if the situation worsens.

Pyeongchang 2018 claim there has been security risks in South Korea since the Korean War ended with a ceasefire rather than a peace treaty 64 years ago.

Tensions have increased once again in recent days following the firing of a ballistic missile from North Korea over Japanese territory on Tuesday (August 29).

There have also been repeated threats to fire missiles towards the United States Pacific territory of Guam.

Trump warned Pyongyang it would face "fire and fury" if it threatened American land.

"This includes that President Bach has many contacts and talks with Heads of State in neighbouring countries.

"He will be in the United Nations in a couple of weeks.

"He has also had meetings with President Trump.

"For the moment, we don’t see any security risk for the Games here."

It is notable that people here in South Korea appear less concerned about recent tensions than those internationally.

Lee's apparent attempt to downplay the situation may raise eyebrows, however.

"As President Bach has said, regional issues in the North Korea peninsula are not an immediate concern.

"It was very long before, in 1950s when Korea divided into two states.

"As long as we live on the Korean Peninsula, we cannot entirely avoid political risks."

Lee recalled that Seoul 1988 took place less than a year after a Korean Air flight between Baghdad and Seoul exploded after a bomb was planted by North Korean agents inside an overhead storage bin.

A total of 160 countries still participated, he said.

Countries missing included North Korea along with their close allies at the time, Cuba, Nicaragua, Ethiopia. Albania, Seychelles and Madagascar.

"There can be some political issues, but this will not lead to any compromise in the security of the Games," Lee added.

"Korea has a very firm framework and system for the participants in the Games.

"We have a forum presided over by the Prime Minister of Korea to ensure the safety and security of the Games."