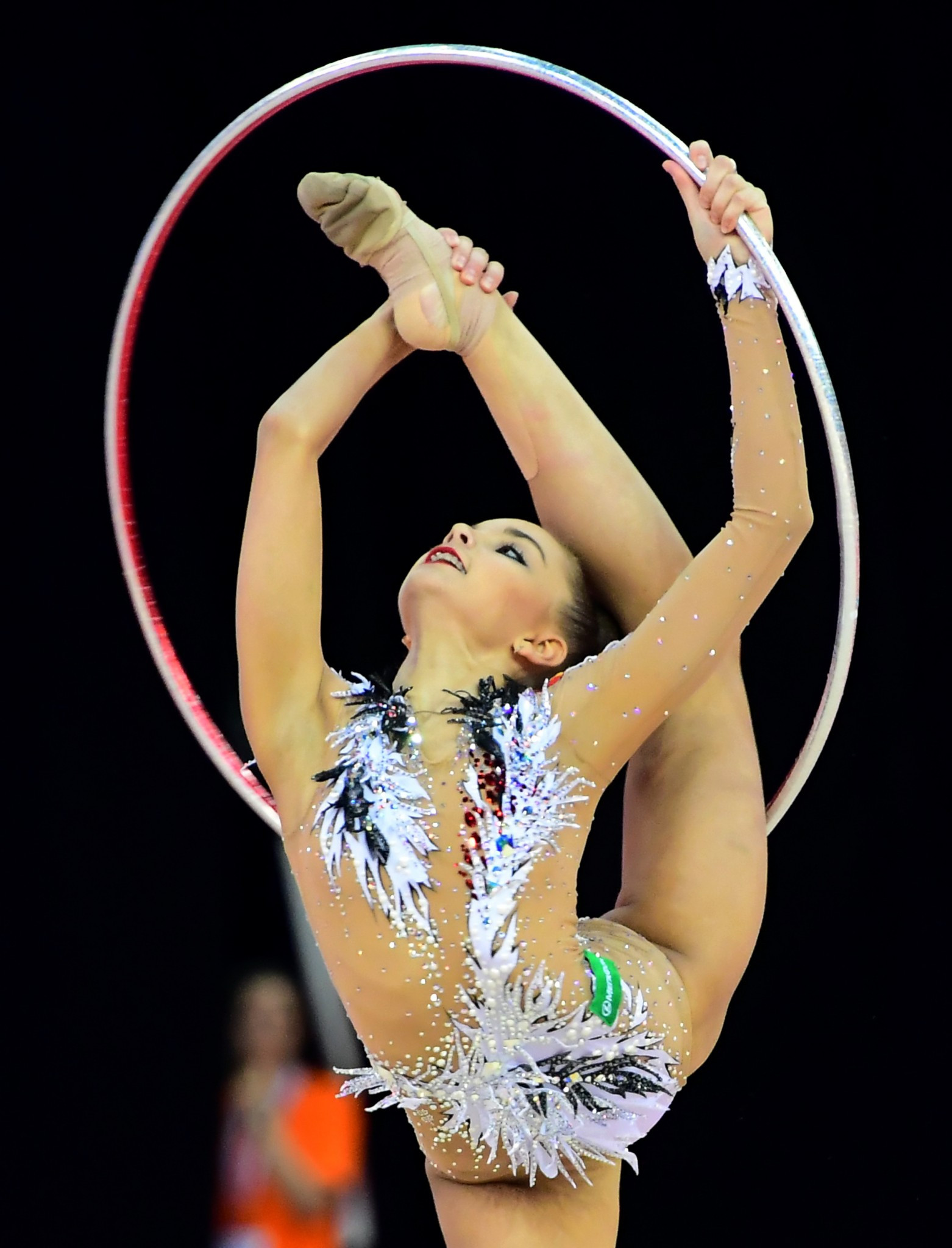 Russian identical twins Dina and Arina Averina both won gold and silver medals as the siblings dominated the first day of the International Gymnastics Federation Rhythmic World Championships in Pesaro.

Dina won the hoop title at the Adriatic Arena with Arina, the elder twin by 20 minutes, claiming the silver medal.

In the ball competition the roles were reversed as Arina led the sibling 1-2 in the Italian city.

Both twins, who are 19-years-old, have now claimed their maiden world titles.

It was Dina who topped qualifying for both disciplines heading into the finals in the evening session.

The triple European champion, who won four World Games medals this year including gold in the clubs, tallied 19.100 to claim the hoop victory.

The two twins can only be told apart by a scar above Arina's right eye, caused after an accident with a club.

A score of 18.950 was enough to give Arina, a triple European champion and a triple World Games winner, the ball title.

Dina registered 18.700 for silver as bronze went to Bulgaria's Neviana Vladinova on 17.950.

The individual clubs and ribbons world titles will be decided tomorrow.