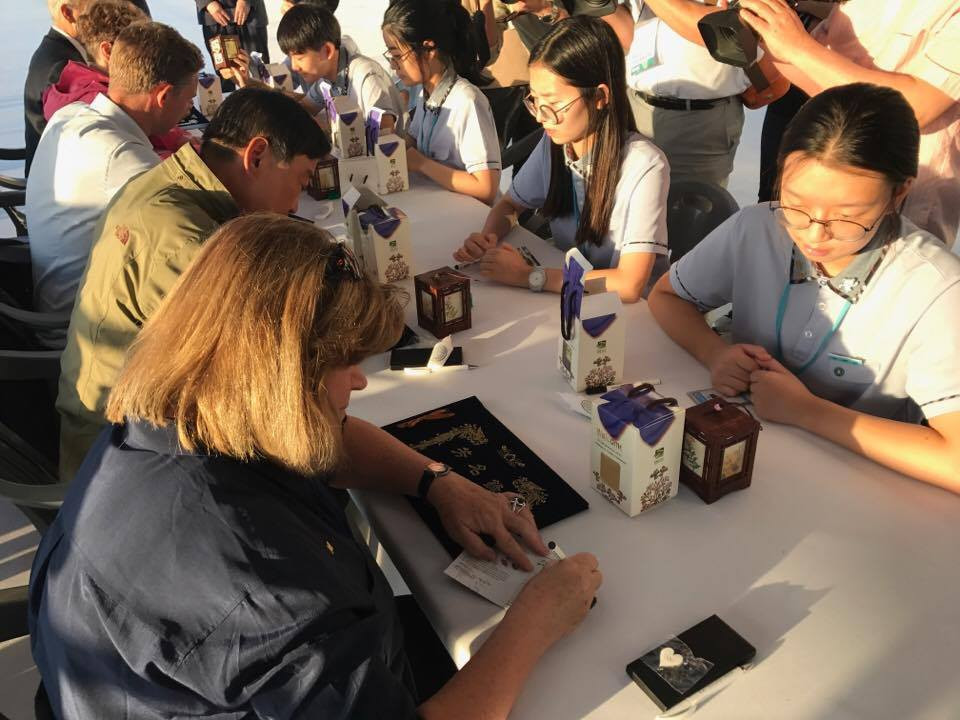 Members of the International Olympic Committee (IOC) Coordination Commission met with local schoolchildren and South Korean sporting royalty on a day of site inspections during their final inspection here.

The panel, chaired by Sweden's IOC Executive Board member Gunilla Lindberg, inspected a railway carriage on the new high-speed line due to link Olympic venues with Seoul.

They also visited live sites, a room in the coastal cluster Athletes' Village and venues including the Gangneung Ice Arena which will act as the principal ice hockey site for next year's Games.

The IOC Evaluation Commission then joined local schoolchildren involved in the Pyeongchang 2018 Education Programme in writing special messages on lamps and other gifts due to be handed to athletes and media attending next year's event.

This was the only part of the tour in which media were permitted to join them.

Visiting the high speed railway line earlier in the day was considered particularly important due to concerns over how it is not yet running with barely five months to go until the Games begin.

Testing is currently taking place before a scheduled opening in December.

Athletes and accredited personnel such as media are expected to use the connection - which should drastically reduce journey times from Seoul to around one hour - as well as spectators.

IOC members boarded a stationary train on the platform in Gangneung and updated on logistical aspects including where kit used by athletes will be stored.

Some equpment is due to be transported separately via trucks.

Lindberg told insidethegames that they were impressed with the train, which will be "a big asset for the Korean people".

She added: "You can't get a bobsleigh on the train, but for people with normal luggage it is a wonderful way to travel here."

"Pyeongchang 2018 high speed train test driving has been smoothly in operation with maximum speed up to 330 kilometres per hour by KTX, and the test operations are to be completed by the end of November for actual KTX train-operations starting from December this year," said Organsing Committee President Lee Hee-Beom during the opening session of the Coordination Commission visit.

"This is considered to be another test event for Olympic transport."

The inspection visit is continuing today with another day of meetings before it concludes tomorrow.

The Winter Olympic Games are due to take place from February 9 to 25 before the Paralympics follow between March 9 and 16.