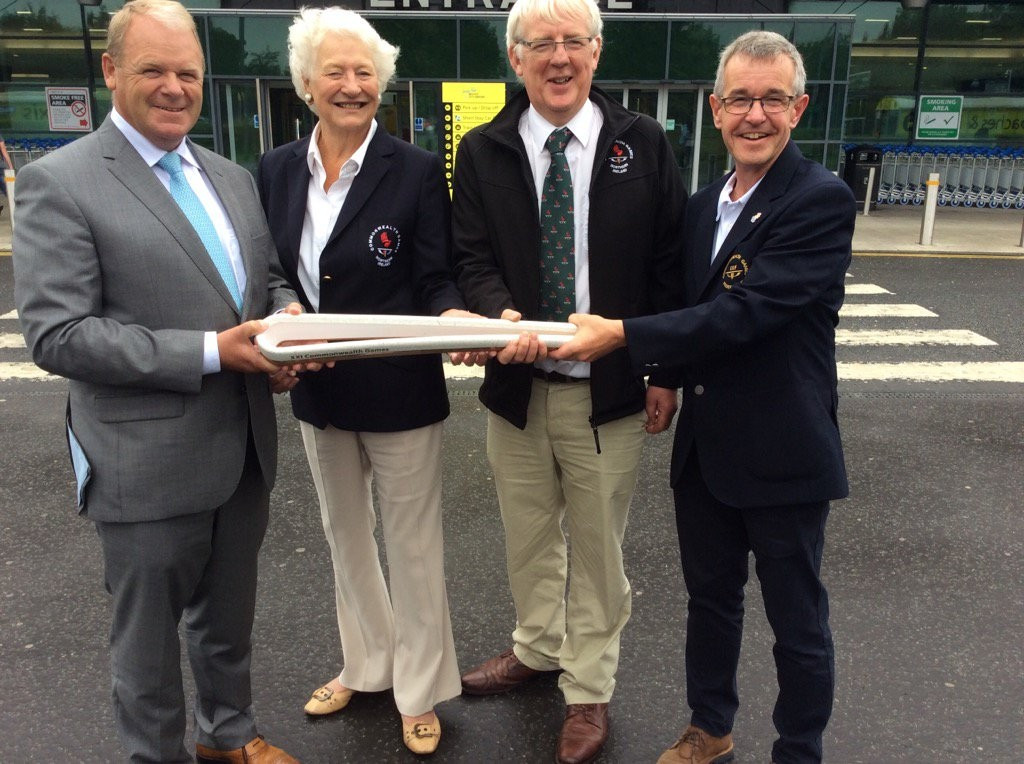 Belfast has become the latest city to welcome the Gold Coast 2018 Queen’s Baton Relay after it arrived in Northern Ireland's capital following its visit to Scotland.

Several events were held in Belfast to mark the arrival of the Baton on its global tour in the build-up to next year’s Commonwealth Games in Australia.

It passed through CS Lewis Square, named after renowned British novelist CS Lewis, which features seven bronze sculptures from his most famous Chronicles Of Narnia novel The Lion, The Witch And The Wardrobe.

The Baton was then carried along a greenway at the Connswater River, while it also toured the iconic Titanic Quarter, where the famous ship was built.

It is due to remain in Northern Ireland until Friday (September 1).

Belfast is still set to host the 2021 Commonwealth Youth Games but there are fears it may lose the hosting right due to an ongoing politcal impasse in the country.

The Baton had arrived in Northern Ireland from Scotland, where it had spent the previous five days.

It made its final appearance Edinburgh Royal Military Tattoo on Saturday (August 26).

Hannah Miley, a two-time Commonwealth Games gold medallist in swimming, and Lynsey Sharp,winner of the 800 metres silver at Glasgow 2014, carried the Baton down the Castle Esplanade.

They were flanked by the Royal Navy Guard of Honour, supported by the Drums from the Massed Pipes and Drums and the Royal Marines, while receiving a huge ovation from the crowd.

"It is great to see the Queen’s Baton Relay making such an impact up and down the country, with so many people getting the opportunity to touch the Gold Coast 2018 Baton on its global journey," said Commonwealth Games Scotland chairman Paul Bush.

"The reception for our Team Scotland athletes, not to mention our mascot Clyde, has been quite overwhelming and hopefully this wave of support will continue to build, up to next year’s Commonwealth Games.

"It was really special to have the Baton here at Edinburgh Castle prior to the Tattoo, one of the most iconic Scottish events acclaimed across the world and I believe it was a fitting finale to the 41st stop on the Baton’s global journey."